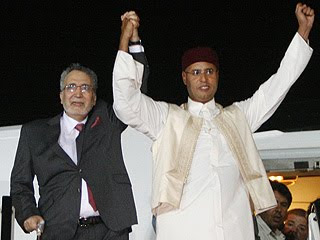 Okay...perhaps this isn't a very charitable thing to write about at the holidays, but terrorists deserve no mercy, no quarter, and no charity. Period.

According to various sources, terrorist mastermind and UberScumbag Abdel Baset al-Megrahi's health is in decline and deteriorating rapidly. As you'll recall, Megrahi is the convicted mastermind behind the terrorist attack that blew up Pan Am Flight 103 over Lockerbie, Scotland. In all, 270 people were killed in the attack, which coincidentally occured 21 years ago today.

Megrahi was allowed to go free back in August after some dodgy back-room deals with the UK Government that kinda pissed off most of the Western world. This was supposedly because Megrahi was dying from prostate cancer and that this was a compassionate release so he could die at home. They said it would be a low-key release, and this terrorist turd showed up to a festival bigger than the Super Bowl, and I've been watching the seconds tick away to his death with bated breath.

Megrahi,57, arrived at the hospital on Saturday coughing and vomiting, a statement from Tripoli Medical Center said, and that Megrahi's condition has worsened. It seems that his cancer has metasticized and spread throughout his body. 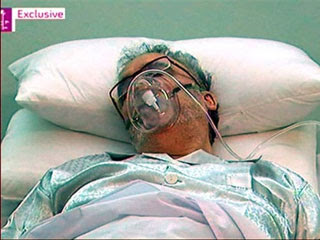 We already missed Hannukah. With any luck maybe we'll be rid of him by Christmas. If there's justice in the universe, then maybe today's the day and on the 21st anniversary of the deed itself, those 270 souls will finally know peace.

strange, i thought he was stuck. give that patient a shot of draino with a 9mm chaser nurse.