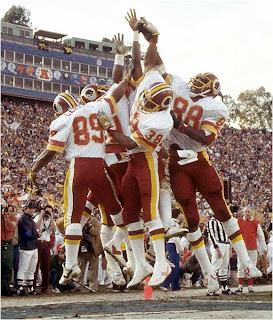 Once again, sissy-assed namby-pamby dickheads are doing their utmost to litigate rather than educate. In Vienna, Virginia, a 13-year-old middle school honor-roll student was busted for briefly putting his arm around the shoulder of his girlfriend, incurring the wrath of the lunch monitor in flagrant violation of the school’s NO TOUCHING policy.

In the Fairfax County’s Kilmer Middle School, kids can’t touch. Period. The rule isn’t limited to fighting, or inappropriate groping. No hi-5’s, because a simple hi-5 leads to brawls in their eyes. The school PTA’s president, Laurie Baker, intimated in an interview with CNN (not in so many words) that kids have no restraint or self control and that a simple hi-5 between 2 boys will lead directly to 3-5 other kids joining in, with elbows and feet flying. What the fuck, lady? It’s the equivalent of a handshake, not a bench-clearing brawl. A simple hand slap between two adolescent kids is not the hallway equivalent of the 1983 Washington Redskins end-zone celebrations.

Ms. Baker says the rules prevent harassment and inappropriate behavior and helps keep order in an overcrowded school. The school principal, Deborah Hernandez, stated that certain handshakes are gang signs and stated that in a culturally diverse school some families have different views on appropriate physical contact. Tough shit, lady. So instead of teaching kids to politely shake hands when meeting someone socially, we’ve taught them to fear handshakes as a sign of clandestine gang activity. And for these other assclowns worried about their precious cultural sensibilities being impugned upon: so fucking what. This is AMERICA, and we shake hands. We hug our friends. We hi-5 as a way to say hello. Maybe you should have stayed in your third world village hovel eating dung beetles and wearing canvas sacks instead of coming here and not embracing the culture of the country who took you in.

Rules are a good thing. They keep us a civilized society so that we don’t spiral downwards into anarchy. But for fuck’s sake, let’s try not to legislate and micromanage every single move a 13-year-old kid makes.
Posted by Steve: The Lightning Man at 6/21/2007 10:43:00 PM