Is it finally over? 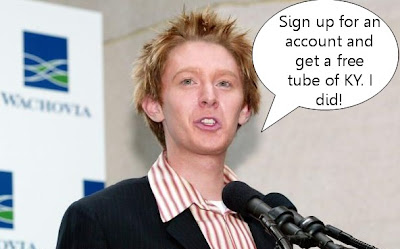 Finally…seven weeks after this ordeal started, it’s finally over. After another round of bank visits and phone calls, Wachovia has finally relented and given back the money taken from us during this absurd fiasco. We FINALLY got a live human on the phone who had a clue, a guy named David, and between him and our local bank person, Dianne, we finally put this monster to bed. Yayyyyy…….

Of course it still took several calls and transfers and hassle, and it wasn’t even towards us all the time; poor Dianne got stuck on hold and sent to non-existent extensions and made to wait and tap-dance too. It’s bad enough when a company screws around the customers, but to screw around its own people, managerial-types no less, that just blows me away.

We’re sorta still held hostage by Wachovia, though. See, in a rural town of 6000 people, the banking is a bit limited. We have 9 banks in town, actually, but apart from Wachovia there’s only one bank in town besides Wachovia that’s a nation-wide operation. The rest are local banks and one regional bank. I already had a bad experience with the other national bank so I’m not switching to them, and I really prefer the convenience of being able to go anywhere nationally and have a branch there, or at least an ATM that I don’t have to pay a million bucks per transaction to use.

Wachovia is trying to take over LA right now. I'm at Bank of America and they're the devil. I'm sure Wachovia isn't any better.