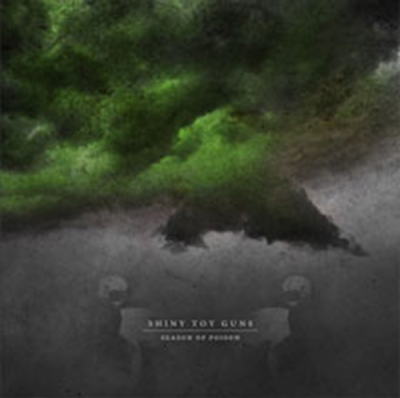 Last year I discovered a great new band, Shiny Toy Guns. I had the pleasure of being not 6 feet away from them at a very intimate concert at The Windjammer last September, and I was instantly hooked. The music was great and they were really cool to their fans. I got to chat briefly with the band’s singer/guitarist Chad Petree and he was exceptionally approachable and amiable, despite being a bit under the weather and a tad road-weary.

Their debut cd, “We Are Pilots” quickly became the staple cd in my car’s player, replacing Depeche Mode’s “Playing the Angel”, and that’s really saying something. After playing like a billion shows worldwide, and having a slight change in band lineup after vocalist/keyboardist/bassist Carah Faye Charnow parted ways with STG and was replaced by Sisely Treasure, the band has finally unleashed their highly anticipated and eagerly awaited sophomore effort, “Season of Poison”. Hold tight, kids; this ain’t the Shiny Toy Guns you saw last year.

Over all, there’s a little less dancey synths and a lot more grinding guitar work. If you were worried that Treasure wouldn’t be able to fill Carah’s steel-toe boots, fear not. This chick has pipes, and attitude to spare. The sound has gone in a natural progression; it doesn’t sound reinvented or like a totally different band. There’s enough of the old STG to appeal to the original fans and enough new-skool to pull in the new fans. I’m a bit curious as to how they’ll sound live now, though, since Charnow handled certain bass and synth work on stage, and Treasure’s voice isn’t that dissimilar to hers that the vocals would sound dramatically different.

Season of Poison begins with “When Did The Storm End?”. It starts slow, with a long buildup of computer blips and some vocals from Chad, “..call my name and show me where I stand…”. Then Sisely breaks in with saucy, sassy vocals, and the song sorta goes schizo from there, alternately staccato Sisely and then soaring music and plaintively wailing Chad. It works, I promise you. It works very well. It ends somewhat abruptly, with the sound of a school bell and kids’ voices, segueing immediately into the second track, “Money For That”, a tasty blend of guitars and nostalgic reminiscences of younger days. 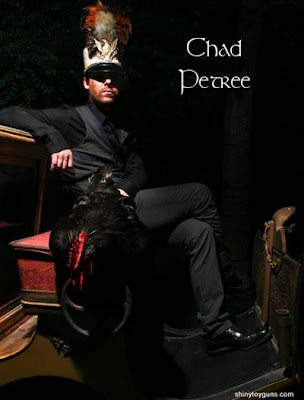 Track Three is “I Owe You a Love Song”, a really pleasant poppy tune that reminds me a lot of “Rainy Monday” from “We Are Pilots”. This has become one of my favorite tracks from the new album, with vocal duties swapping back & forth between Chad & Sisely quite nicely. “Ghost Town” is like a cheerleader-meets-hardcore track, with bratty vocals from Sisely over machinegun drums and Chad’s vocals on the chorus. “It Became a Lie On You” starts off with the sound of thunderstorms and processed robotic vocals, and moves into Chad’s vocals over Sisely’s. It reminds me a bit of “When They Came For Us” with the faintest hint of Prince’s “The Beautiful Ones”. 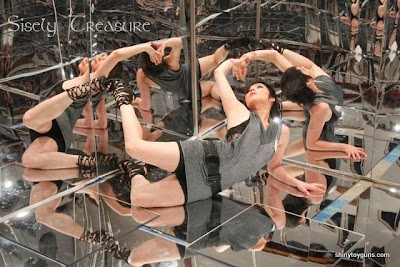 Track Six is “Ricochet!”, the first single released to radio. As I’ve stated before after first hearing it, I was reminded a lot of KMFDM mixed with a little Lords of Acid. It quickly grew on me and became a staple in my MP3 player’s rotation over the summer. “Season of Love” is a really sweet ballad, a softer song along the lines of “We Are Pilots”, and it segues into “Poison”, with another slow buildup into a sort of tribal-esque drum beat with processed vocals, gradually getting a bit faster but still maintaining an atmospheric feel. 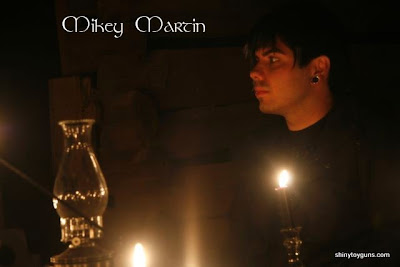 “Blown Away” is another slow-starter that explodes around the 1:30 mark for a brief burst and then quiets down again, then does it all over again. “Turned To Real Life” is a good pop track, very New Order in the music, with Sisely’s vocals out front. I think this is being tapped as the second single. The final track, “Frozen Oceans” is utterly gorgeous. It’s an atmospheric track that soars at the crescendo and ends the album beautifully. 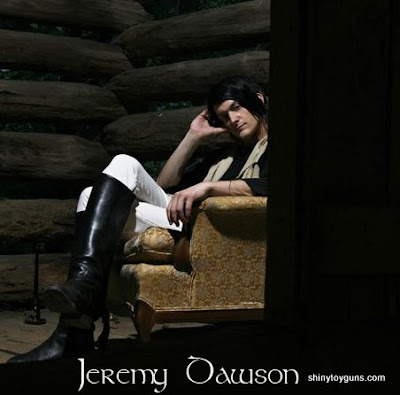 Does it sound different from what you’ve gotten used to? Yes. Is it less danceable than “We Are Pilots” ? Yes. Is it something that a die-hard STG fan will come to love despite that? Yes. Do I think you should get off your asses, get this album, and go see STG on tour at your nearest venue? Oh, hell yes.

very well done blog. This CD has been on non stop repeat since I purchased it last month. amazing dance pop. The lead singer knows melody.

I read your review the day after you wrote it, and it's been kicking around in the back of my mind since then. Earlier this evening I happened to think about it again, and looked it up on the iTunes store. I listened to their 30-second previews of each song, and read through Apple's description on the iTunes store- from what Apple (or Universal? not sure who wrote it) said I wasn't really expecting much, but I ended up liking the first album, and you have yet to steer me wrong on music, so I figured it's probably worth ten bucks, especially since it would be almost twice that if I were to buy it on a physical CD.

The album is a bit heavier on the electric guitars than I generally like, but that was only an issue on one song- everything else I liked. A lot.

In particular, "I Owe You A Love Song" reached out and grabbed me within the first thirty seconds, but then you know I have the same "finger disease" you do- anything with a prominent keyboard part like that will make my fingers "play along" with whatever happens to be under my right hand. The back-and-forth with Sisely and Chad works really well, especially in a song like that where the guitars aren't trying to over-power everything else.

The other one I liked right away was "Turned To Real Life". At first I thought it was an instrumental, but then Sisely started singing, and ends up being the only voice in the song. Now that I've heard her range ("Ricochet" shows off the lower end, at one point reminding me of Danielle Dax's "Yummer Yummer Man") I think I want to hear her singing "Don't Cry Out", which is my favourite song from the first album, because of Carah's voice.

Overall, it's certainly worth the ten bucks - and now that I've heard it, I think it actually would have been worth the $17 it would have cost to buy a physical CD. I think if I had been able to hear some of the songs in full ahead of time, I probably would have bought it on CD - however iTunes will make an audio CD for me, and I can also transfer it to my iPod for use wherever I feel like listening to it. In other words, the iTunes store just saved me seven bucks.

Oh, and the extra bonus song you get when you buy the album through iTunes... you ain't missing much. Whoever mixed it put so much unnecessary bass into it that, even though it has a little bit of the robot-filtered vocals in it, I wasn't able to hear it clearly enough to pick out more than a few words. If anything, it reminds me of "Crucified" from dM's "Violator" - it may as well be an instrumental as far as I'm concerned.

I bought Seaon of Poison as soon as it came out, needless to say, I wasn't very impressed. However, I didn't want to be the kind of fan that turns their back on a band for trying something different, so I turned it on again and listened to every song. I fell in love with it, particularly with "Frozen Oceans." I saw them live on saturday at Club Nokia in Los Angeles, and it was the best show I had been to in a long while. Sisely Treasure is the entire package, and in fact I think she fits better than Carah (even though I love her). I wanted to thank you for providing more information on why she left on another post of yours, and thank you for posting such an excellent review of "Season of Poison".

I just saw the band in Vegas, and I really dug them. Sisely was made of energy and sounded good to me, lots of attitude, though some older fans were grumbling that she wasn't Carah. Whatever. They chose not to play "Major Tom" which was sort of a drag--since when does a band not play their current hit single, especially when it's so good?--but they closed with a long, loud and raucous "YATO". Good show.