A special anniversary for me 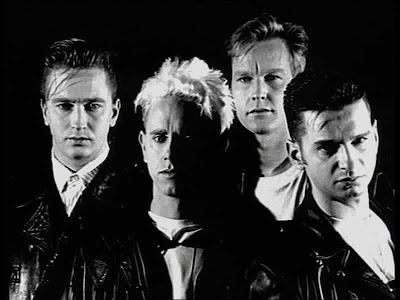 New Year’s Eve marked an extremely special anniversary for me.

On December 31st, 1989, perched on the eve of the 90’s, I started a love affair that has seen me through good times and bad, thick & thin and everything in between, has always been for me in various forms or other, and is permanently etched into my being.

It was the first time I heard “Enjoy The Silence” by Depeche Mode.

I was already a die-hard Mode fan. That had started a few years earlier in high school thanks to classmate Mike Ramsey and they were without a doubt my favorite band. Today they still are. I’ve always been perversely proud of being so deeply into a band that most people barely know, if at all.

New Year’s Eve 1989/1990 was a little subdued. I was still hung over from possibly the most intense party binge my then-20-year-old body would ever see, so instead of bar hopping & clubbing, we went over to the home of my assistant squad leader, Joe Clipp, and had a couple beers there. Being off-base in the town of Eislingen, of course Joe had German cable TV, especially since he’d married a German girl and spoke the language himself quite well. The channel ZDF was on with a Peter’s Pop Show New Year’s special, and they’d left it on partly because the previews stated there’d be a performance by…who else? Depeche Mode, who was hugely popular in Germany.

They’d released a single three months previously that was from a forthcoming album (still another 3 months away) that was wildly successful called “Personal Jesus”. I expected a lip-sync of their latest hit and that’d be it.

Sure enough, they came onstage and that was exactly what we got. The crowd ate it up and then…magic happened….they performed another song. They put the title on the screen and it burned into my memory, as did all new things Mode-related. For the next 4 minutes I was in a tingly trance, hearing for the first time the anthem that would become my all-time favorite song ever. The song was officially released as a single itself a few weeks later, followed by the album in March. Soon after, with the single climbing the charts worldwide, the song was inescapable throughout most of 1990.

But I heard it first on New Year's Eve.
Go here to see a copy of that same performance:
http://depechemode.tv/2007/media.asp?type=tvperformances&id=100 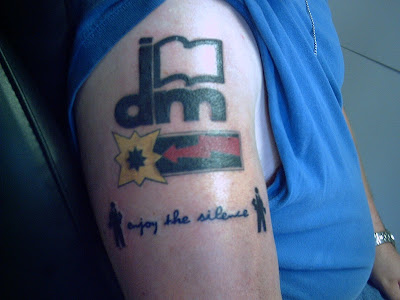 Great band to be sure.

by tingly trance, do you mean chris matthews tingly?

Frankie was an under-appreciated band. They actually paved the way for one of Depeche Mode's songs. The BBC banned "Relax" in 1984 based on the sexual overtones (Hard to believe Relax was 1984 and not later) and the song sold even better after the ban. People had to have it. When Mode released "Master & Servant" not long after they kinda had to just let it go rather than ban it & martyr it.


If Chris Matthews tingles, then I may never tingle again.

Hi Steve,
I had some similar experiences while in Germany and Vietnam in the Army. BTW, Thank you for serving! I will check out that song for sure.

I'd listen, but my sound card isn't working. Waiting for my dear, sweet husband to send me a new one to install.