The only thing that's shovel ready is... 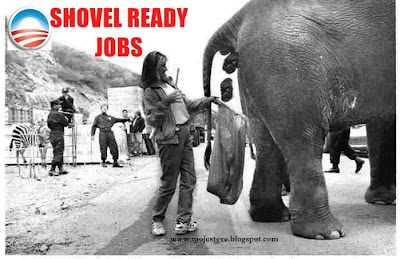 Remember a couple years ago when The Dear Leader ripped a page from the books of some of his famed Socialist predecessors and deemed that the Succubus Package money was going to "Shovel-Ready Projects" to boost the economy & put people back to work? 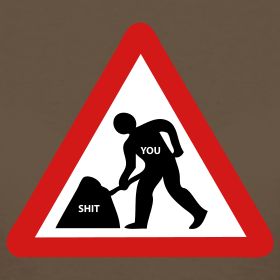 FDR got his New Deal and Works Projects Administration and the Wagner Act to promote Liberal labor unions and the Tennessee Valley Authority to build dams. 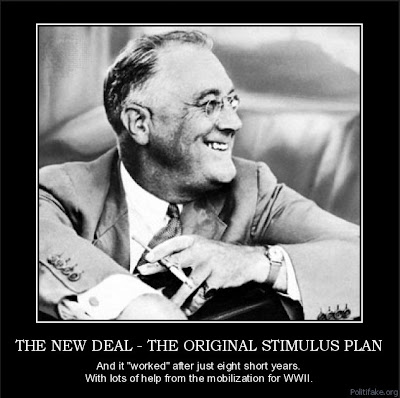 Hell, Hitler and his National Socialist Worker's Party had the Reicharbeitsdienst (Reich Labor Service) to build the Autobahns and other public works projects. 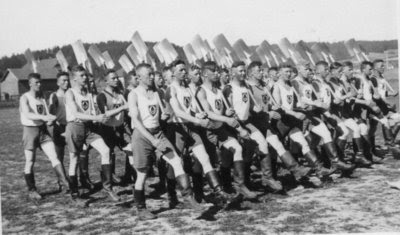 The labor projects of the communist countries are just too numerous to list. My personal favorite though was making the Zeks who were imprisoned at the Soviet Gulags build the roads & railways out to the Gulags, and then build the Gulags themselves. 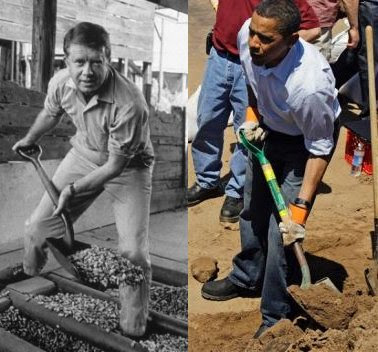 Failure: is it cyclical? I hope we learn from this mistake so we don't end up with another moron 30 years from now.

December, 2008: Meet The Press....Obama talks about his pending stimulus plan and was reported on by Fredreka Schouten of the USA Today.

"The president-elect declined to say Sunday how much his economic stimulus plan would cost. Obama called it the largest public-works program since the creation of the interstate highway system in the 1950s.

States starting to get all excited about shovel-ready projects. Augusta, Georgia was pretty excited.

"Transportation improvements in Augusta are included in the $3 billion list of "shovel-ready" projects that the state has compiled in hopes of getting some of the estimated $1 trillion stimulus package President-elect Obama has promised."

A month later in the Washington Post itself, the term Shovel Ready gets its own article.

The Obama Administration created the website StimulusWatch.org to showcase where stimulus money might be going with all those shovel ready projects.

"StimulusWatch.org was built to help the new administration keep its pledge to invest stimulus money smartly, and to hold public officials to account for the taxpayer money they spend. We do this by allowing you, citizens around the country with local knowledge about the proposed "shovel-ready" projects in your city, to find, discuss and rate those projects. These projects are not part of the stimulus bill. They are candidates for funding by federal grant programs once the bill passes."

Oh, by that you mean, pass the bill to see what's in it, huh? I think we've heard that Audio Feces before....like Obama Care. Or...we have to see how much money we need before we write a budget (wow, that's ass-backwards, no? You make a budget and then work with what you have to do what you can....) 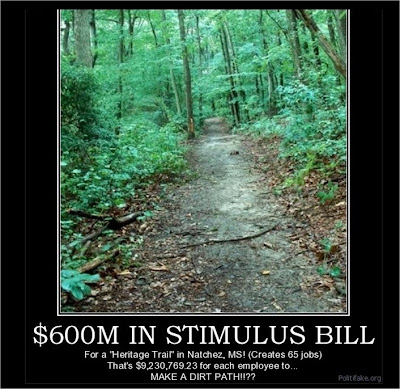 February, 2009 and David Axelrod is talking about stimulus-funded, shovel-ready
infrastructure projects just waiting on the go-ahead, and that unemployment will go up. Shovel ready was the lie; unemployment indeed went up.

"Infrastructure, or "shovel-ready," projects are set to get underway almost immediately after President Obama signs the $787 billion stimulus bill on Tuesday, his senior adviser said Sunday. "

Also in February, from none other than the decidedly Left-friendly NPR:
.

"As President Obama urges Congress to pass the $800 billion-plus stimulus package, one of his favorite selling points is the thousands of projects nationwide that he calls "shovel ready" — meaning planning is complete, approvals are secured and people could be put to work right away once funding is in place."

And here we are in 2010 holding shovels with no projects. In fact, Comrade Imam Barack Hussein Obama, The Dear Leader Himself, The Obamessiah, The Anointed One, Blessed Be His Name, now admits (to the New York bloody TIMES no less, the most liberal of all liberal bastions) there's no such thing as a shovel-ready project.

Why the hell am I not surprised? 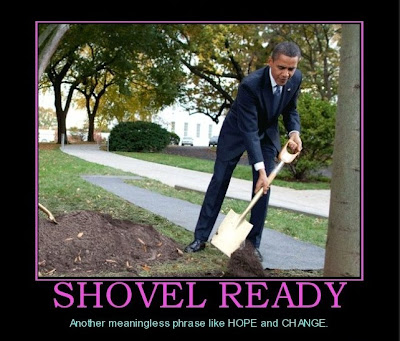 In fact, Obie The One wants another $50 BILLION to do infrastructure jobs like build roads and fix runways and....stuff....that....was........(please, say it with me) SHOVEL-READY STIMULUS SHIT from the first bundle of billions!!!!! 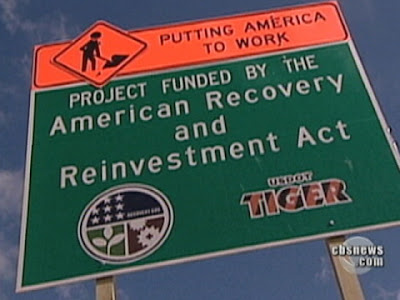 These clever little signs were part of a $20 MILLION dollar segment of the stimulus and provided 17 jobs for a short time, until the signs were made, at a cost of $400 to $3000 each.

Do the RIGHT thing on Election Day. And hey, for you Democrats who still claim to not be Socialists...look at what your party and its leadership has done. Tax & spend & pork and sellout to the unions and bankrupt your kids' futures. If you're not a Leftist, WHY ARE YOU STILL VOTING DEMOCRAT?

If he's gong to pick up a shovel... he should be wearing a wife beater, work boots, and his crack hanging out of his jeans.

he did not say that the shovel ready projects would be exclusively inside the UNITED STATES, hence the dollars for mosque refit/rehab project in egypt, tanzania and elsewhere. is failure cyclical? great pic which i may steal.