TENEK: On The Wire reviewed 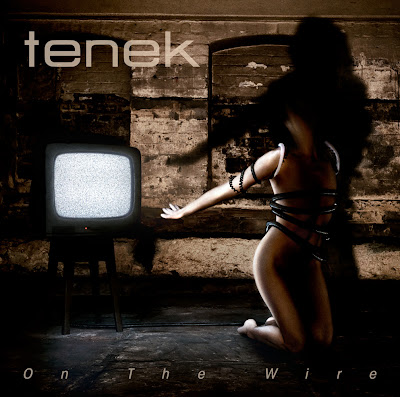 I feel bad for anyone releasing an album between now and the end of the year. Why? Because hands down I have already picked my Album of the Year for 2010. Nothing short of a live soundboard concert of Depeche Mode, Erasure, Pet Shop Boys, 1989-era New Order, a reunited 1994-era lineup of The Cure, and a reunited Smiths all playing back to back performing in my back yard will make me change my mind. This year is the Year of Tenek, and their new album "On The Wire".

I've had the album for awhile now and have been seriously remiss in not reviewing it sooner, and for that I owe an apology both to you as readers and to the band themselves. If you like electronic music fused with danceable guitars, without that pre-packaged over-produced nonsense fed to you by pop radio, if you grew up to the sound of synths, samples, loops, and beats married to brilliant hooks and wicked grooves, look no further than Sussex. Look no further than the seaside town of Brighton. Look no further than tenek.

Remember discovering a new band that you couldn't get enough of and you were torn between jealously keeping their cool-factor to yourself and sharing it with everyone you know and then being the smug one who was into them first? That's tenek.

You'll recall a few months back I gave you a heads up about new music from tenek when I reviewed "Blinded By You", the first single from "On The Wire". I'm pretty sure that song is getting the nod for Song of the Year this year, incidentally.

It's hard to review an album for a couple of guys that you consider friends. You don't want to come off as blowing sunshine up anyone's arse, theirs or those of potential fans, but I really can't come up with anything bad to say about this album. There have been very few albums in my life where I can listen to it start to finish and not skip tracks or get bored or find a song I didn't like. By request I can name a few if you ask. *grin* But Peter Steer and Geoff Pinckney are class-act guys who don't disappoint. 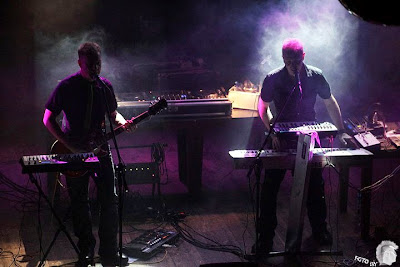 "On The Wire" is only the second full-length album from tenek, but suffers none of the usual sophomore-slump that affects so many acts that have a brilliant debut. That debut, "Stateless" was only released 19 months ago in March 2009, but the followup doesn't feel rushed at all. Continuing their work with Shaun Brooks, the brilliant house engineer at Toffeetones Records, "On The Wire" is refined, smooth, impeccably put together, and the track listing flows with an awesome synergy that makes it a great listen front to back, full of mid-to-high tempo songs that keep you dancing at the club, bouncing in your chair at work, tapping the beat out on the steering wheel driving about town, or if you're a geek like me, playing air-synth on any available flat surface.

There's no shortage of potential singles to choose from to follow up "Blinded By You". The opening track, "Losing Something" sucks you in immediately and gets you moving, as does "Higher Ground". "No Time For Fighting" compells you to move; you simply cannot stand still while listening to it. The closest thing to a slow track, the lush and soaring " The Art of Evasion" sucks you in and reminds you of sipping espresso at a corner table on a gray autumn Saturday afternoon with someone you were mad about but could never quite work it out with. And not ones to end on a dull note, the rip-stomping "Under My Skin" is the song you'll be singing along with and re-playing to keep singing along with when it ends.

"On The Wire" does exactly what you want electronic music to do for you...it makes you move, it makes you feel, it reminds you of good times gone and sets you up for better times to come, and it pays homage to all the best music you grew up with without sounding the least bit dated or jaded. It sounds fresh and new and unique yet familiar and comfortable, and if you don't get this for yourself immediately, you're missing out. In fact, the holidays are coming, so get thee to either the label's online shop in the UK or A Different Drum's website here in the USA and do yourself a favor. The gift of new music gets you far. 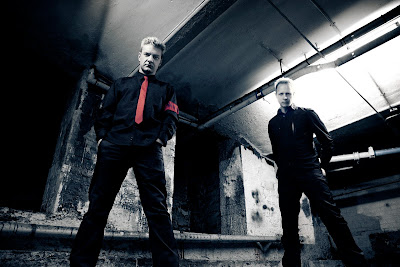 Your next musical obsession: Peter Steer and Geoff Pinckney (photo by Ed Fielding)

I remember you posting about Tenek. Good stuff.

I admit it. This tempts me!

How have you been, Steve?