With these three words, “What’s a ballsy?” American Idol contestant Kellie Pickler surpassed Jessica Simpson as The Dumbest Bitch Alive. Never did I think that I’d hear someone say something dumber than Simpson’s diatribe on whether Chicken of the Sea was fish or chicken. No one can be this damned stupid. I live in the Deep South, and I’m confronted with uneducated ignorance daily, and I’ve lived in rural Maine amongst Yankee Rednecks, yet I have yet to physically run up against Capital-D DUMB of this caliber in person. Not even innocent naiveté could cause a rational adult human to continually spew forth dumb-isms about calamari, salmon, spinach salads, being labeled a minx, the terms “ballsy” and “on paper”, and whatever shucky-darn down-home crapola we’ll see this week on American Idol, or as I like to call it: Televised Crack for the Suburban Masses.

I’m starting to agree with the various conspiracy theory websites that Miss Pickler is bullshitting us all with her feigned folksy innocence. She seems to have lied about never having performed in public, and if you’ve ever seen her prom picture, innocent is a word that never comes to mind. I’ve seen hookers in Germany wearing more clothes. 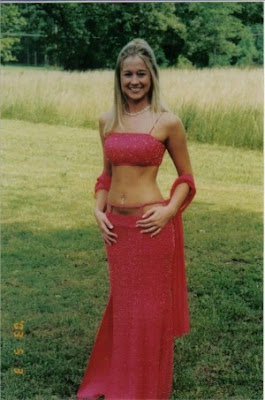 So here’s my list of the Top Ten Things Pickler Could Say Next: 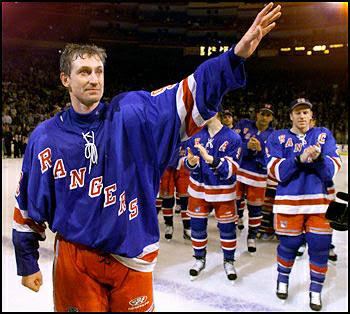 You know you’re a total hockey fag when you sit and watch a seven-year old hockey game on ESPN Classic, a game that you already know the outcome of. But then again, it wasn’t just any ordinary game, either. It was a game played in Madison Square Garden on April 18, 1999 between the Rangers and the Penguins. The Pens won it 2-1 in OT. This was back in the days when Pittsburgh had a solid team & could actually finish out of the basement, unlike today.

The sidelines were filled with such luminaries as Paul Coffey and Mark Messier watching from the pit rinkside, and Mario Lemieux, sitting up in the stands.

And all these names pale in comparison to whom they were all there to see. This game was special. Number 99 was playing his last game ever. The Great One, Wayne Gretzky, was retiring after breaking and setting pretty much every record in the NHL. The greatest player the sport has known, hockey’s greatest ambassador to the world, a true Canadian Hero, and he was calling it quits on his own terms.

It was surreal to see it again after all these years. I was mesmerized. Yeah, you’re a total hockey fag when you watch a seven-year old game. Especially when you own a double-DVD set chronicling Gretzky’s career & have seen the footage a dozen times over. Especially when you sit there unabashedly teary-eyed, weepy over watching Wayne skate around the rink, waving goodbye to a 20-year career. Yeah, a total hockey fag indeed.

So what? It’s Gretzky. Enough said…… 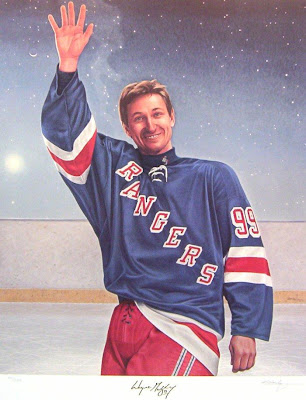