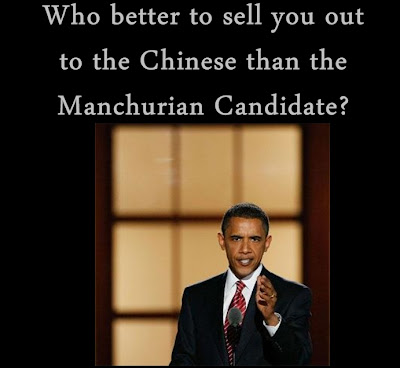 I simply don’t get it; how have we not found a way to impeach that creature enthroned as the Dear Leader in Washington for treason? Most dictionaries define treason as the act of betraying one’s country, although the criteria set forth as treason under Section 3 of Article Three of the United States Constitution don’t seem to have been met, because although Hussein the Beneficent (Blessed Be His Name) has sold us out up the river numerous times he hasn’t exactly waged open war against the nation in the classical sense of the word “war”.

When you attempt (and verily succeed) in destroying your nation’s economy by destroying industries at your whim and make them slaves to other nations to receive the goods & services your own country can no longer provide, that is betrayal of the highest order. 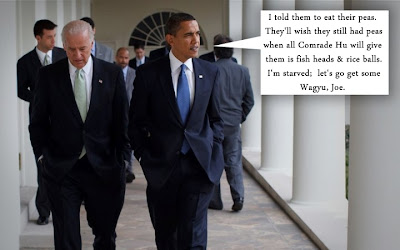 I seem to recall a certain person stating he wanted to bankrupt and destroy the coal industry, an industry that we have relied upon for a good 50% of our electrical power. After his Emacculation the EPA slapped new regulations on the coal industry in an effort to bleed them dry and jack up electricity rates anywhere from 10 to 25%. I found it somewhat coincidental that after wanting to bankrupt Big Coal, the industry suffered not one but two fatal mine accidents in April of 2010 that left 31 dead.

The Great One then decreed that we shall not be allowed to drill for our own oil in the wake of a mysterious and coincidental explosion and massive oil spill off Louisiana (and another platform explosion not long after), all the while telling Brazil that he can’t wait to buy their oil, and while China started to suck out the oil that we would otherwise have been drilling for in the Gulf of Mexico. Gotta love that Cuban sense of socialist brotherhood in inviting China to come drill 90 miles off our coasts.

His Magnificence pissed away half a billion dollars in loans and another 25 million bucks in tax breaks (what? Tax breaks from a Dem? Oh, wait, it’s green energy!) to a now-bankrupt Solyndra. Instead of solar panels, their chief product is unemployed workers. Gotta love the Green Energy Scamfest.

And then our friend, ally, and NEIGHBOR to the north, Canada, offers to help us out by selling us oil on the cheap from their oil sand fields, and all we’d need is a pipeline from those fields to our refineries. Holy crap, an honest to God shovel-ready project! Thousands of people would be employed and we could have a secure source of oil that needed no supertankers traversing the Strait of Hormuz or pirate infested waters off Somalia or a Chinese-owned Panama Canal or having to buy from hostile Arabs, corrupt Mexicans, or lunatic Venezuelan dictators.

Nope. Gotta suckle the teat of the Enviro-Douches. The pipeline might disrupt the menstrual cycle of the Nebraskan 5-Spotted Flying Hamster or some such twaddle, and even if it pisses off the Unions they’ll vote for The Great One like the union bosses order them to, so the pipeline must die. Sorry, no jobs for you, America. Sorry, no secure energy source, America. Sorry, pissed-away opportunities for America.Well, only pissed away on our end. Canada will still be building a pipeline, but west instead of south….west to the coast, where ships will take the oil to…you guessed it, CHINA.

People, we have 625,000 miles of pipelines in this country already. How do you liberal dolts think fuel gets to JFK and LAX and most other major airports?

Meanwhile, gas costs twice as much today as it did when His Lordship ascended to the throne.

Oh, yeah, one more episode of pissing away our money: Fisker Automotive. As if it wasn’t enough to gut General Motors, taking them over and making the Feral Gubmint the main owner and the unions the jackals to pick over the remaining meat from the bones while killing off branded companies like Saturn and Pontiac and after hundreds of millions of dollars in bailouts foisting the Chevy Volt upon the masses, and after Chrysler is left twisting in the wind and then sold off to Fiat and the unions, now we get word of half a billion dollars in loans to Fisker Automotive will be in the toilet as they go belly up. 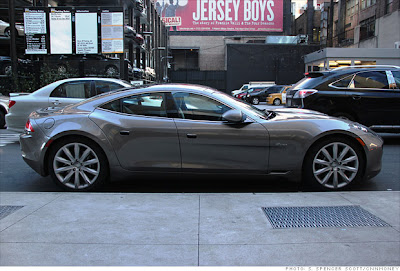 I know; you’re like “Who the hell is Fisker?” They make nice-looking but hideously expensive electric cars in Finland. Yeah, half a billion of our money pissed away so that eco-douche 1% types (it’s okay to be rich if you’re a liberal, remember) can drive a $100,000 vibrator….ie: a battery operated extension of your penis, made in Finland. Well, they were trying to maybe start making them over here sometime soon, resurrecting the corpse of a dormant GM plant in Delaware (ironic?), but that has now stopped and the 26 employees there are now unemployed, as are 40 to 45 engineers in their California facility. Oh, and they just recalled all of their 2012 Karma sedans (yeah, all 239 of them that were sold so far…a hot seller like the Volt) as it seems they are fire hazards. Another great investment of your money by the Obama Administration…..Karma’s a bitch, eh? 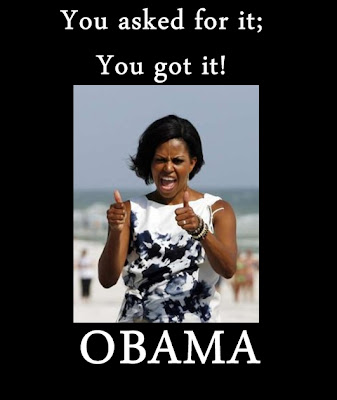