Football Season is Almost Over!!!! Rejoice!!!! 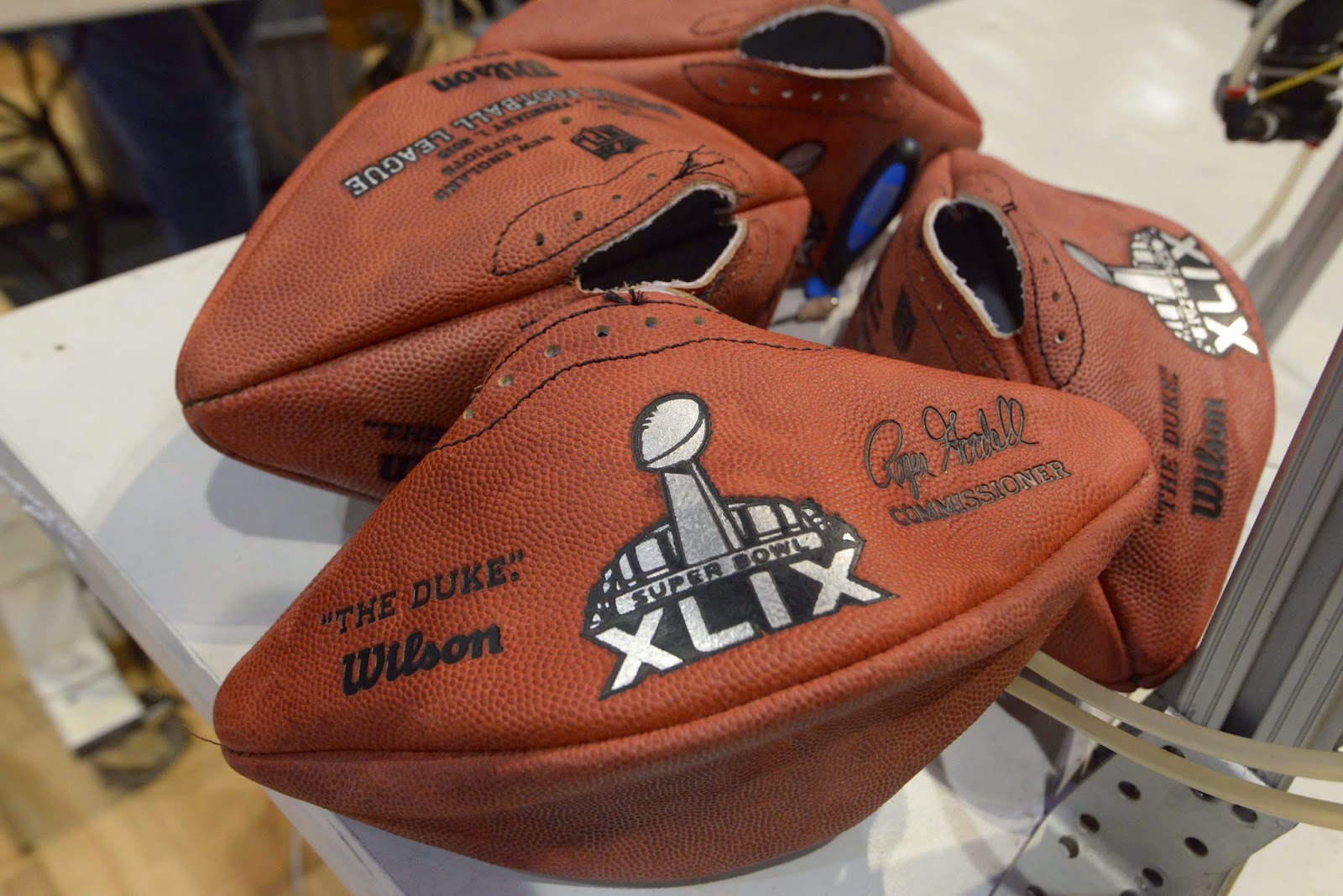 Ah, yes, it's that time of year again. The time when football season is finally and blessedly coming to an end.

As you can tell, I'm not really a football fan. Unlike the vast swath of Americans whose lives seemingly revolve around football, it's just not my thing. America is obsessed with it, from the religious cult that is high school football every Friday night in Texas to the unceasing boasting of Alabama fans and other college football faithful every Saturday, and on Sunday it starts back up again for the pro games of the Almighty Machine that is the NFL. You have the Monday night game, and then all the lunatics prattling on about their fantasy leagues and the college rankings on Tuesday and Wednesday, and then maybe a Thursday night pro game or even an odd weeknight college game, and it's back to the beginning of the cycle.

It doesn't end, though. As soon as the Super Bowl is over and the Pro Bowl is over, then you have the drafts, and then the Wonderlic tests, and the combines, and signing day for the high school kids, and the summer camps, and then training camps, and the cycle just repeats itself, ad nauseum. An alleged 60-minute game that takes over four hours to play. I'll take hockey any day. 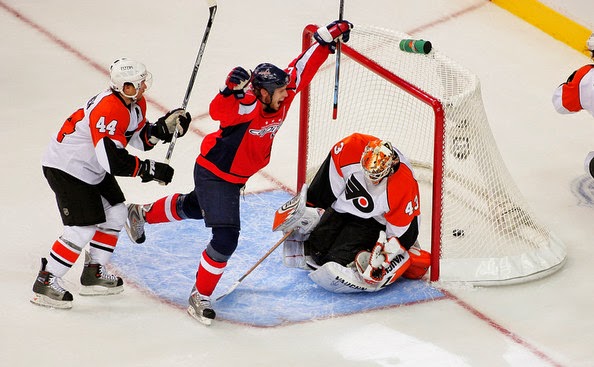 I've been critical of the NFL in the past. It's no secret, my disdain for the way the league operates. Last year I lambasted them for being a tax-exempt entity that rakes in BILLIONS without paying a dime in taxes, and boycotted the Super Bowl over their shitty treatment of Daniel Defense over their ad.

By and large the only reason I've watched the game the past few years at all was for the commercials, and most of those have been lacking as of late.

Each year the cost of doing these ads has gone up exponentially, to where a 30-second spot during this year's Super Bowl is going for a hefty $4.5 million. Yes, four and a half million for 30 seconds. That's $150,000 a second.

It's not exactly been a stellar year for the League, in my humble yet correct opinion. Back in February, Ray Rice of the Baltimore Ravens was busted for assault for getting into an argument in an elevator with his fiancee and punching her so hard he knocked her unconscious. The League botched it, initially suspending him for two games and then finally going back and suspending him indefinitely. They would have left it at two games had not the public lost their minds after TMZ released elevator camera footage of Rice punching her and then dragging her unconscious body out of the elevator. A judge called the suspension double jeopardy and forced the League to reinstate Rice. 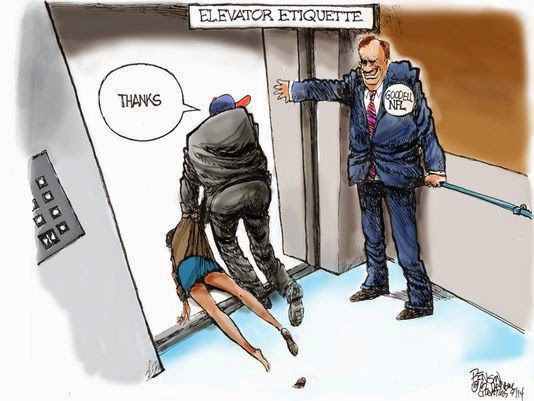 Then it came out that the NFL, a tax-exempted entity that raked in over $25 BILLION last year, was actually expecting acts wanting to perform at the Super Bowl halftime show to pay the League for the show. Seriously. They tried to say some horseshit about how artists receive huge publicity and sales boosts from performing the halftime show and that the League should be able to wet its beak and be compensated for the exposure they give artists.

What utter crap. Last I checked, the halftime show was there to keep viewers at home from changing the channel and perhaps not coming back. The people in the stadium sure as hell ain't going anywhere, not with the ticket prices the NFL charges. The starting face value ticket prices for this year's game were $800, $1200, and $1500. Of course, scalpers and ticket brokers like StubHub have driven the prices up through the roof. As of around 6:30 PM Thursday evening there were fewer than 20 tickets to the game left on StubHub priced less than $10,000. The cheapest of those was $9200. For comparison, tickets to the first Super Bowl in January 1967 went for $6, $10, and $12. It's no secret that most of the recent games have been blowouts that were over before the half. Most of the big blockbuster commercials are aired in the first half in case viewers tune out. So they stopped doing cheesey halftime shows with a college marching band and some dance number from Up With People and instead started booking major music acts who, let's face it, don't need the exposure like they were some starving artist hoping to get a record deal. The past few years we've had U2, Paul McCartney (who is kind of a big deal despite what Kanye West says), The Rolling Stones, Prince, The Who, Bruce Springsteen, Madonna, and Beyonce. So for the NFL to say they're giving someone exposure is fantasy. More like they expect blood money as tribute for playing their gig, a gig that does much more for the League than for the artists. 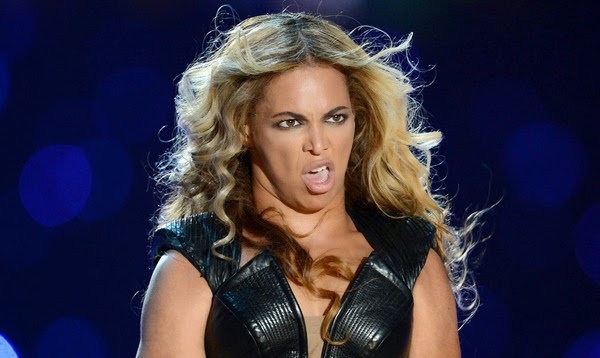 This year it's Katy Perry and Lenny Kravitz. Whatevs...

And then there's DeflateGate. The Patriots, it seems, played their game against the Colts to get to the Super Bowl with balls that were under-inflated. They claim they didn't cheat. They claim magic effing Gremlins must have done it. The same team with a history of cheating by illegally videotaping the practices of opposing teams and the same team whose former player started a murder trial this week. Movealong; nothing to see here. A team that's in its sixth Bowl since 2000 against the team that won it last year.


So yeah, I think I'm just gonna skip the Super Bowl again this year. I rented Fury instead. And I think I'll DVR the Blues vs Capitals hockey game and watch it after that. 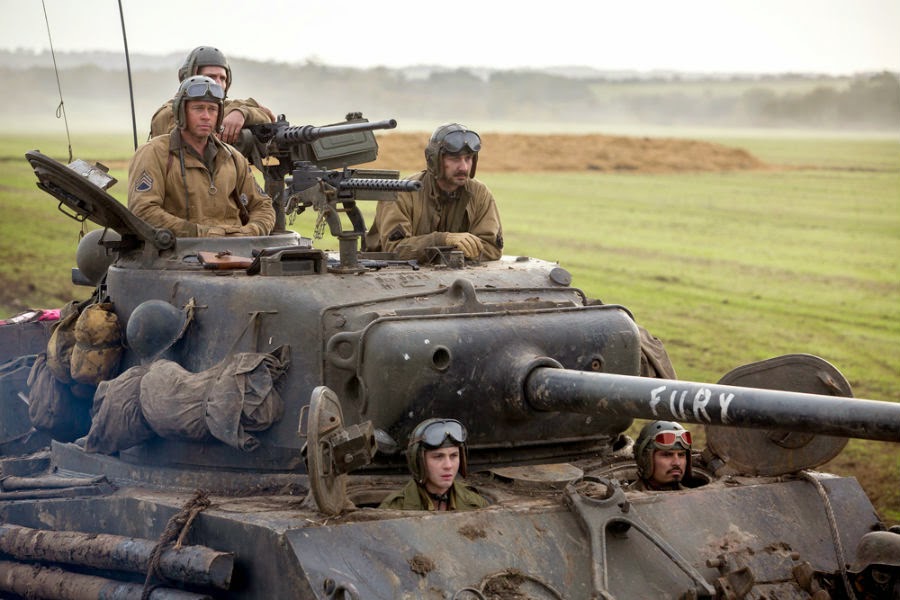