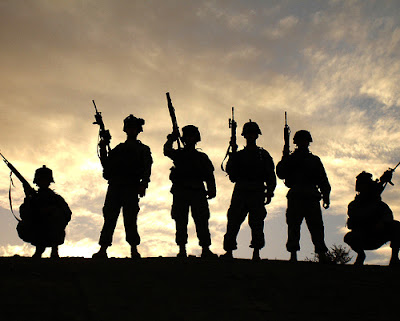 It was a long day at work today; an eleven-hour shift. As I was driving home I passed a Chili’s restaurant and was lamenting the fact that once again work kept me from partaking in any of the free offers from various establishments on Veteran’s Day, I happened to glance over at the car in traffic next to me. Actually, it wasn’t the car itself, but rather the Gold Star Family license plate. I instantly stopped complaining and sucked it up like the soldier I once was.

Unfamiliar with what a Gold Star family is? Look it up & educate yourself.

I come from a very long line of military veterans on both sides of the family. It’s just a higher calling that seems to be embedded in our genes.

I’m always grateful and humbled by the thanks I get from my friends & family on Veteran’s Day. I actually feel somewhat awkward when someone thanks me in person; I mean, I sort of don’t know what to say in reply. I feel weird saying “You’re welcome”, and instead I simply thank them for their kindness. No soldier I served with did it for the thanks, or for the praise, or for medals & glory. We do it out of a sense of duty and of giving back to our country. Like I said, it’s a calling and a belief in serving what we feel is the greatest nation on Earth.

Allow me to stray a moment and talk about the ideal of American Exceptionalism. I don’t speak of it flippantly, nor do I say it with the arrogance often attributed to many Americans. I’m proud of my country and firmly believe that I live in the greatest nation on Earth, but in saying that I’m not implying that other countries are inferior. I think all people, no matter where they hail from, should be proud of their country and their culture and to feel that they, too, live in the greatest country on Earth no matter what country that may be; it inspires us to better our nations and our peoples and ourselves. I had the great fortune to spend two wonderful years as a guest of the German people during my enlistment and it was an experience I will always treasure.

Okay, back to Veteran’s Day…

I only served for four years. I did not do a full 20 and retire. I did not see combat or engage an enemy in battle. But serve I did, willingly and gladly. I wouldn’t trade it for anything.

To my fellow soldiers of the 285th Military Police Company, it was an honor and privilege to serve with you. To my squadmates and the entire community in Goeppingen, Germany…those two short years profoundly affected the man I grew to be.

To my platoon mates at the US Army Correctional Brigade at Fort Riley, it wasn’t Hell but we could see it from there. Thank you for making a wretched situation bearable and, at times, fun.

To my friends from other countries who served their own nations…be it the RCAF, the British Royal Navy, the German Bundeswehr, the Norske Marine, or another branch I salute your service.

To my fellow veterans among the Traip Academy graduates of the Class of 1987( and there are actually quite a few of us) and the other veterans from Traip, what a long strange trip it’s been. We’ve known each other over 2/3 of our lives and you still put up with me.

To the families of veterans…the sons & daughters, the spouses, the parents…Thank You. We couldn’t do it without you at home to back us up.

And to the Gold Star Families…God Bless You for your sacrifices. 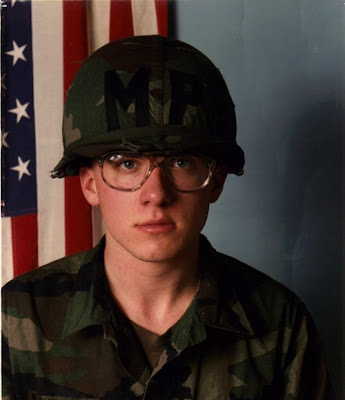