Come out, come out, wherever you are... 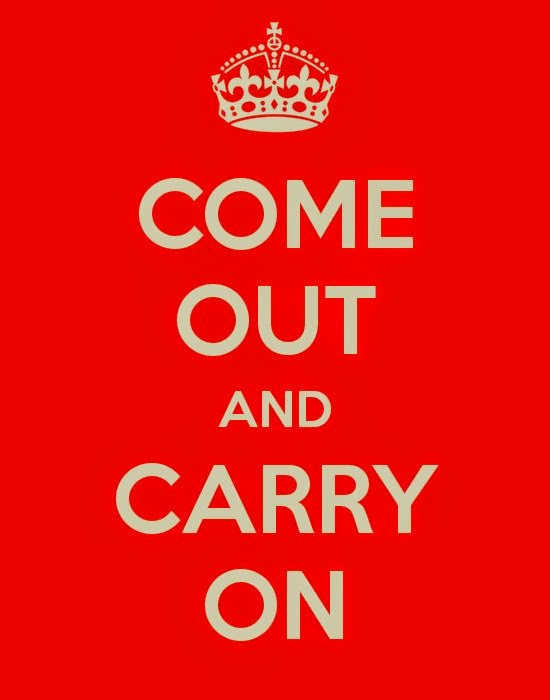 As is my wont, every year I celebrate my gay friends (or as I prefer to call them, friends) on National Coming Out Day. You are who you are, and I wouldn't have you any other way. For some of you, coming out was easy and painless. For some of you it was painful and difficult. Some of you did it early on and some waited years. Some of you may still be waiting. Today is as good as any, you know... 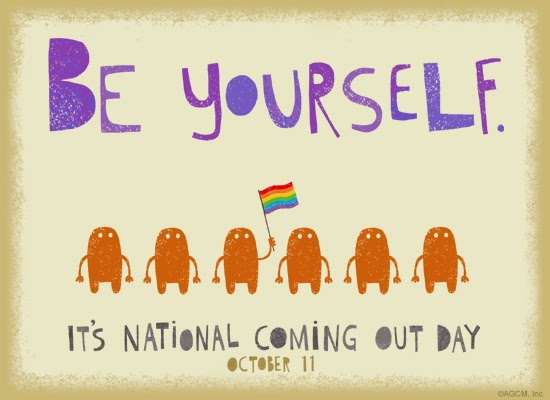 This past week, the Supreme Court of the United States basically gave a tacit nod to same-sex marriage by deciding not to hear five cases concerning same-sex marriage, pretty much legalizing it in 30 states. Here in South Carolina, Probate Judges in several jurisdictions began taking applications from same-sex couples, but our state Attorney General blocked the licenses from being issued. Seemingly there was nothing better to spend taxpayer money on than pursuing legal action to keep people from marrying. I'm sorely disappointed in the AG, and I voted for the man.

Recently, a friend got married to the love of his life. They did it on a trip to New York City, not because of the romantic setting but because their home state of Florida doesn't recognize or allow for same-sex marriage. They could have opted for what is called a Holy Union but even though it won't be legally recognized at home they wanted something more, and why shouldn't they? Here in South Carolina, voters amended the state constitution to specifically state that marriage is between a man and a woman. I voted against that. Despite my generally conservative and right-wing leanings, I fully support same sex marriage. Many of my friends are gay and are married. They have perfectly normal and wonderful, loving marriages. Many of them have been married a lot longer than I have.

Look, this isn't the first time I spoken out in favor of same sex marriage. If you're against gay marriage, don't have one. In no way, shape, or form is my marriage put in jeopardy by a gay couple tying the knot. The sanctity of marriage isn't ruined by same-sex marriage. That sanctity is instead ruined by people who take marriage way too lightly. However, we celebrate when the rich and famous hetero community ties the knot, despite the fact that celebs like, say, the Kardashians or Pam Anderson, or even iconic figures like Liz Taylor or Marylin Monroe, have 30-day marriages or collect spouses like some people collect stamps, but that's okay because they're hetero. Presidents like JFK or Clinton are no better, bordering on serial adultery while in office and making a mockery of both their marriages and the solemnity of the Presidency, but hey, they're straight so it's okay. But we deny the simple right of a marriage to same-sex couples.

Kim Kardashian--Famous for making a sex tape. Has no other discernable talents. Married in 2000, filed for divorce in 2003. Married again in 2011, filed for divorce 72 days later. While awaiting divorce, gets knocked up by Kanye West. Currently married to West after a wedding that would have bankrupted most third world economies.

Kourtney Kardashian--On again, off again relationship with father of her 3 kids. They've not married.

Khloe Kardashian--Married in 2009 a month after meeting, filed for divorce in 2013.


Many who are against same-sex marriage say marriage is one man and one woman married in a church under the eyes of God. This has me wondering....if you folks reading this agree with that definition, then am I actually married in your eyes?

Some of you would frown upon the fact I am divorced, as is my wife. For this second marriage of mine, I was not married in a church, either. Rather, we got hitched in front of the plantation mansion at Boone Hall during the annual Scottish Games in full kilted regalia. I was not even married by a clergy member. My friend Jackie, a notary public, officiated. Our self-penned vows were not the traditional religious-themed vows found in most ceremonies. As part of the ceremony we did a Celtic hand-fasting (gasp! a pagan rite!) and we jumped a broom afterwards (gasp! More heathen rituals!)

So, by everyone's strict definition of marriage, I must not be married, despite that scrap of paper I had to quickly sign afterwards to make it legal? After all, it's that precious scrap of paper that everyone seems to need as proof of being married. So, seemingly, marriage is but a legal contract that binds us together as opposed to some religious ceremonial bugaboo.

But Steve, them awful homosexicals are an abomination against the sanctity of marriage betwixt man and woman and they make baby Jesus cry..... 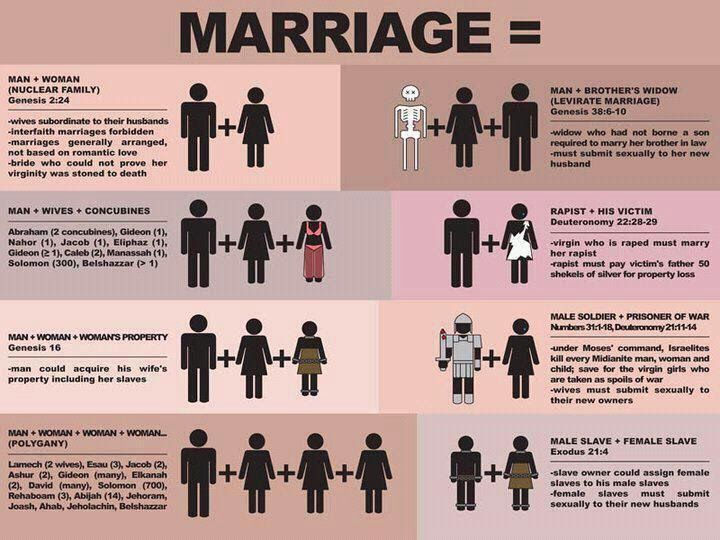 But Steve, if we alter the definition of marriage, who's to say people won't try to define marriage as a man and two women, or a man and a chair, or a man and a dog or a car, or that you can marry little kids?

How about we define legal marriage as being between two (2) consenting adults of legal age of majority regardless of gender, race, or religion? Works for me.

And before you Liberals out there pounce on the Right and start laying the blame our way, it was serial adulterer William Jefferson Clinton, President Slick Willie himself, who signed the Defense of Marriage Act into law.

That alone should nullify it. 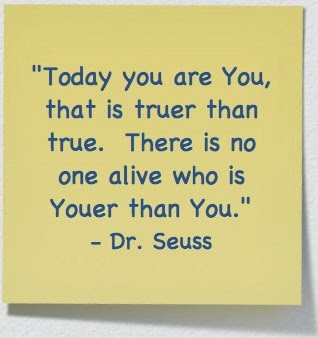