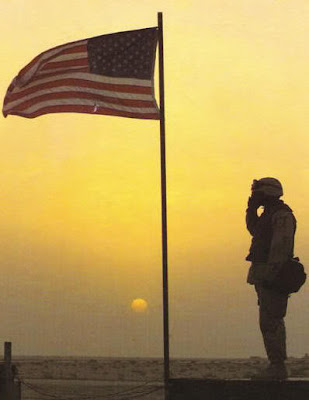 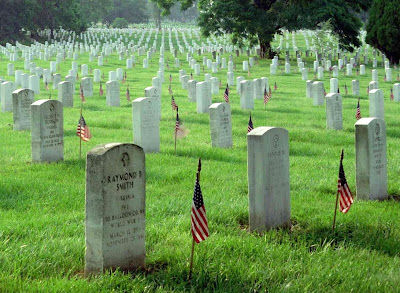 I’ve never been a terribly religious man and am not prone to quote the Christian Bible, but Matthew 5:9 says "Blessed are the Peacemakers, for they shall be called children of God".

Often times people ask the famous quote from the end of James Michener’s The Bridges at Toko-Ri, “Where do we get such men?” when referring to our soldiers, sailors, airmen, and Marines. The question is most often posed after the loss of one of our brave troops in battle and often in conjunction with a selfless act of heroism.

One need look no farther than their own front door. I don’t think that any region or minicipality or social class has a monopoly of patriotism, love of country, and love for their fellows. I served alongside city kids, suburban kids, country kids, and kids from everywhere in between. I served with guys whose parents barely spoke English, and I served with a guy who was English and working on his American citizenship. I served with guys who spoke more than one language out of necessity long before they joined the Army and learned another. I served alongside guys who barely made it through high school and some who had advanced degrees. We all have the potential for greatness. 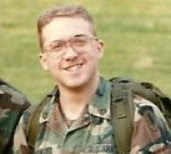 It’s another Memorial Day weekend, and everywhere people are cooking on the grill, taking the boat out on the lake, spending time with family and friends. Thousands of families however are missing a member this weekend, a member who paid the ultimate price in the service of our nation so that those left behind could enjoy the freedom to have this long holiday weekend.

Sadly, for one family in Texas, this weekend their hero, ironically born on the Fourth of July, is coming home draped in the flag he defended.

Corporal Jacob C.Leicht, USMC, was the 1,000th American serviceman killed in Afghanistan since hostilities began. Corporal Leicht was on his second combat tour, having served earlier in Iraq in 2007. On that first tour, Leicht drove his Humvee over a hidden IED made from two 500-pound bombs hidden beneath the road.

One detonated, the other didn't. The blast tore through the Humvee, shooting the radio into Leicht's face and knocking him unconscious. The blast also broke his leg in two places, snapping his fibula and tibia, and the recovery was an agonizing ordeal of pins and rods and bolts drilled into his bones.

Leicht, who spent two painful years recovering from the Iraq blast, was killed last week when he stepped on a land mine in Helmand province .He had written letters from his hospital bed begging to be put back on the front lines, and died less than a month into that desperately sought second tour.

Nine days before his brother stepped on that mine, Jacob’s brother Jesse also enlisted in the Marines. Using Facebook to reach a friend stationed at a base not far from his brother, Jesse asked the friend a favor: If you see Jacob, let him know I signed up like him.

"Hopefully," Jesse Leicht said, "he got the word." 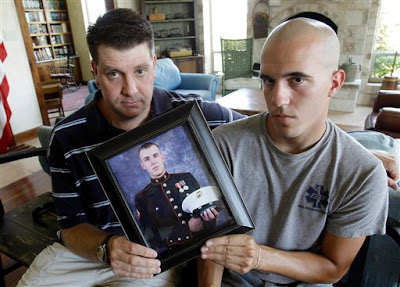 A photo of Jacob Leicht is held by his brothers Jonathan and Jesse. Semper Fi.

So yes, it’s Memorial Day weekend. Rather than do his Presidential duty and attend ceremonies at the Tomb of the Unknowns at Arlington National Cemetery, the Commander in Chief has opted for a couple vacation days in Chicago to recharge his Leftist batteries and attend a token ceremony at a cemetery locally (Gotta keep his name associated with Lincoln’s y’know), before coming back to Washington for a Paul McCartney concert. Can’t make the memorial on Memorial Day, but he can make it back for a concert….lovely. And not even a concert by an American artist. Figures.

All I heard on the radio this week were sale ads for cars, for golf carts, for jewelry, for other crap that ordinarily I wouldn’t mind. After all, commerce keeps the economy moving forward despite the best efforts of the Left to destroy the economy and everything else we believe in. But Memorial Day was never intended to be a vehicle for selling vehicles, or selling trinkets and baubles. Some businesses get it, and they temper their advertising and their sales to honor those who served, but most just look at it as a 72-hour window in which to separate you and your wallet from the green bills within. 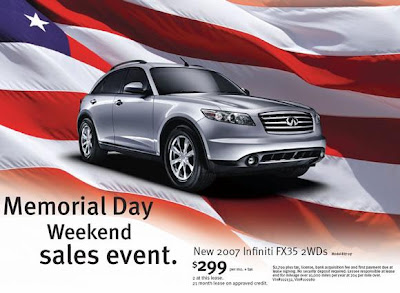 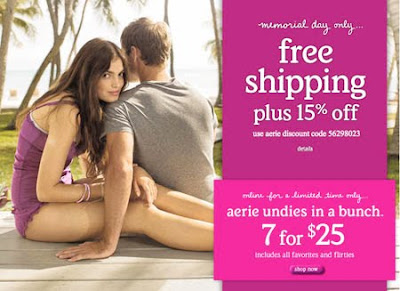 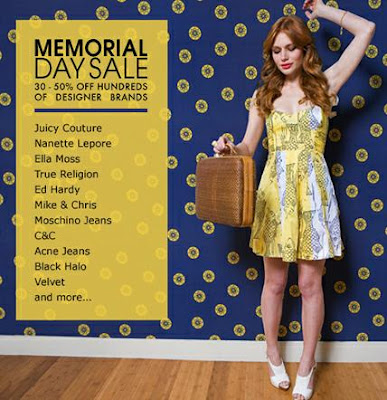 Yeah, nothing says "Thanks of a grateful nation" quite like purple undies and trendy couture. Go commemorate those who perished on USS Arizona by spending a year's salary for some people on an overpriced Japanese-built luxury grocery-getter. A jumped-up Nissan 2-wheel drive, no less.

My buddy Wil sent me a poem the other day for me to use on this post.

While cleaning out their father’s basement after he died, Rob Lenihan and his sister Joan found this poem that he wrote about World War II. James Lenihan was assigned to the 413th Infantry Regiment of the Army’s 104th Infantry Division. The 104th was responsible for overrunning the Dora-Mittelbau concentration camp complex near Nordhausen, Germany, and was later recognized as a liberating unit by the U.S. Army's Center of Military History and the United States Holocaust Memorial Museum. The inmates at Dora-Mittelbau was used as slave labor by the SS to do construction duty and at the facilities making the V-2 rockets.

Lenihan was wounded in action and later received a Purple Heart. Like many vets, he never spoke with his family about the emotions he experienced during the war, and they were very surprised to find this poem. Towards the end of Lenihan’s life, he actively sought out his old war buddies and described his time serving as one of the “worst and greatest experiences” of his life. He wrote the poem after killing a German soldier in Holland.

And much to my surprise,

The strangest thing happened to me

I began to cry.

He was so young, so very young

And Fear was in his eyes,

He had left his home in Germany

And came to Holland to die.

And what about his Family

were they not praying for him?

And the man that had murdered him.

I knelt beside him

And held his hand--

I begged his forgiveness

It was the War

And he was the enemy

If I hadn't shot him

He would have shot me.

I saw he was dying

And I called him "Brother"

But he gasped out one word

And that word was "Mother."

And much to surprise

A part of me died with Him

When Death came to close 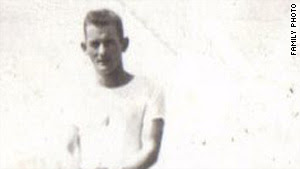 James Lenihan from a family photo