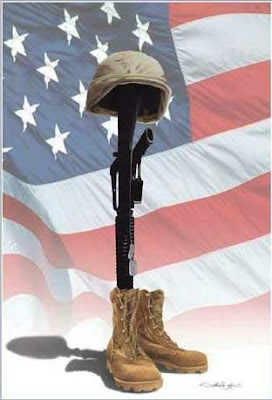 Welcome to another Memorial Day weekend.

All over the nation, people have flocked to the beaches, or family cookouts, or made roadtrips to see friends & family. That’s all well and good. I personally celebrated my 42d birthday this weekend , myself. Memorial Day weekend has become the traditional kickoff to the summer season of fun in the sun. In many parts of the country, school is already done for the year, and kids have graduated.

Across my television and in my newspaper, I have been deluged with tacky and tasteless screaming advertisements for Memorial Day sales, hawking everything from cars to mattresses to appliances, which makes me reluctant to ever patronize those businesses. Nothing says “DUTY, HONOR, and SACRIFICE” quite like a cut-rate pillow-top mattress for $999.00, today only…..

As I drove down Dorchester Road in North Charleston on my way home Friday afternoon, I spotted a Harley Davidson at a gas station across from the Air Force base, decorated with a large flag. It suddenly hit me that I’d just seen a rider from the Patriot Guard, and remembered why they were in town.

A young man from North Charleston, South Carolina came home Friday afternoon. It wasn’t the homecoming his family wanted or expected when he left for Afghanistan a short time ago.

I never knew Cheziray Pressley, but I consider him a brother still. Cheziray was a soldier, a comrade, a brother in arms. Just 21 years old, barely 3 years out of high school, graduating in 2008 from Fort Dorchester High School. Six months ago he married his longtome girlfriend, Dawn. He had a little daughter at home waiting for Daddy to come home. 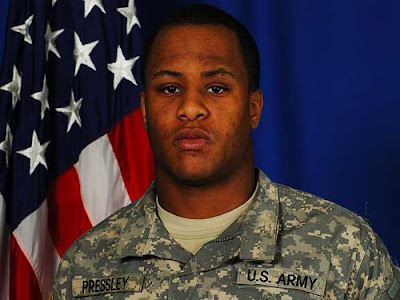 Pressley was assigned to 25th Infantry Division’s 1st Stryker Brigade Combat Team out of Fort Wainwright in Alaska. A couple weeks ago, only three days into his tour in Afghanistan, Cheziray Pressley was killed with three fellow soldiers by a roadside IED explosion in Zabul Province. 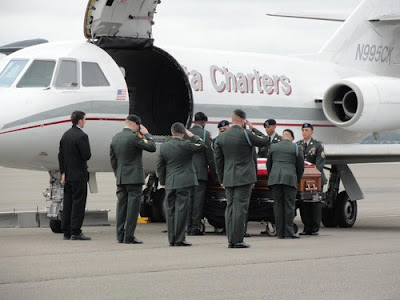 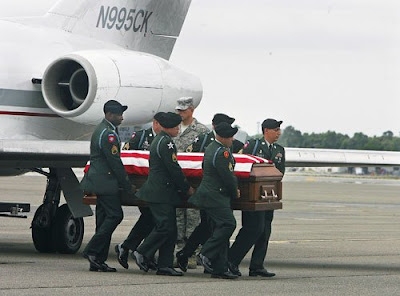 An honor guard carries the casket of Cheziray Pressley from the aircraft that brought him to Charleston from Dover Air Force Base in Delaware.

The memorial service for Cheziray Pressley will take place at the North Charleston Convention Center on Monday at 3:00 PM. The public is invited to attend.

I was Cheziray’s age roughly when he was born. Twenty one years ago I myself was a 21-year old soldier, freshly back from a tour in Germany. No, I never knew Cheziray Pressley, not personally, but I know a bit of the young man’s character, of his patriotism and devotion to his country and family. It’s the same sort of character that has called young men and women into the armed services of the United States of America since the inception of our country 235 years ago.

No, Memorial Day isn’t about sales at the mall. It’s about remembering the sacrifices of those who went into the breach and who gave their lives so that you could go to those sales, or eat too much at that barbecue, or soak up the sun at the water’s edge. It’s about all the sales and barbecues and sunny days that those brave men and women will never again see.

I am, however, telling you to take some time and reflect upon what you have, and who gave up all of their tomorrows so that the rest of us could have today. 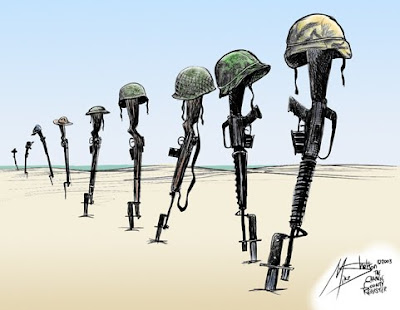 Great post, Steve. And hand-salute to both of you.

We are on the same page and Happy Birthday as well.

God bless these brave men. I am so afraid that our country no longer deserves them.

I agree; the advertisements are horribly tasteless.

Have a wonderful Memorial Day!

There is never a day that I am not proud of being an American, but none more than on this day... God bless all who have servered and sacrificed...