How To Lose an NBA Team In One Fell Swoop 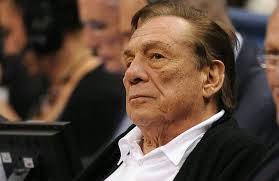 In case you missed it, over in Syria this week Muslim extremists are crucifying teenagers who refuse to adopt Islam, are ripping unborn children from the wombs of pregnant Christians and hanging the dead fetuses from trees by their umbilical cords, and massacring entire villages to later use the heads of their victims as soccer balls, but the lackadaisical US media is more intent on the crucifixion of some doddering old racist who owns an NBA franchise.

At least it took CNN off their non-stop 24-hour Malaysian Airlines coverage and prognosticating over Kim Kardashian's airbrushed ass-selfies and pending nuptials with noted douchecanoe Kanye West. Not that this is new; they devoted all manner of time to reports that George Clooney got engaged rather than report that an Oregon power plant was burning medical waste, including aborted fetuses, to heat homes. But I digress.

Yes, what Don Sterling (born Donald Tokowitz) said was reprehensible. In no way do I condone his racist remarks. To tell his girlfriend (or is she? She denies she is, and he's legally still married to Rochelle Stein, since 1957) not to bring black people to games kinda bites the hand that feeds him. And it has fed him well, as he is worth a staggering $1.9 BILLION dollars, a fortune he started as a divorce & personal injury lawyer and then a slumlord property owner. He's got a long history of being a scumbag, a racist, a sexist, and all-around general-purpose turd. However, being a turd isn't against the law.

Like I said, it bites the hand that feeds him, and the hands he feeds. The team he owns, the Los Angeles Clippers, has a payroll this year of a little over $73 million. Of his 14 active starters right now, 11 are black players. While he has racist views, he shells out millions to black players and black employees. His team's black coach, Doc Rivers, has a 3-year $21 million contract. For such a racist he's received a lifetime achievement award from the NAACP and was slated to get a second award from them until this week. 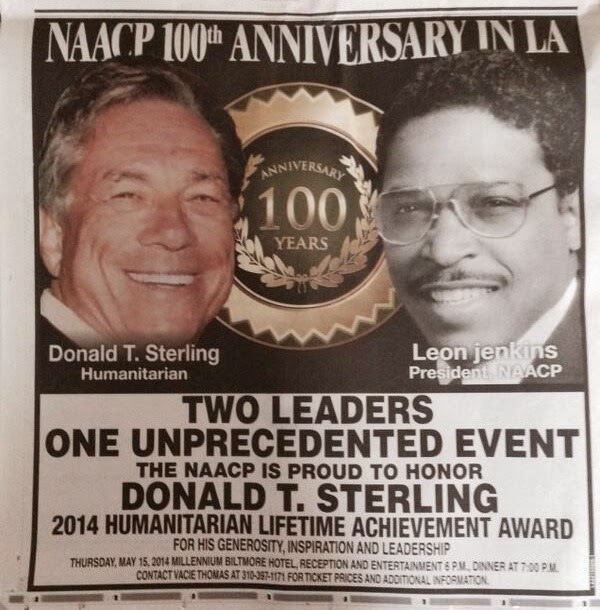 So, he gets recorded making a racist rant, a recording he may not have consented to, in his own home. In California recording a conversation without the consent of the recorded parties is illegal. The recording was made by a woman who has been sued previously for fraud by Sterling's wife and has stated she'd get even with Sterling. So he says what he says in the privacy of his own home, not in a public forum, the woman then peddles her tape of him to the public, the story is broken by TMZ Sports, and a few days later Sterling is banned for life by the NBA, is fined $2.5 million bucks, and will now be forced to sell the team. How convenient for the NBA that they get to remove a hugely unpopular owner now that his long-abysmal team is finally hot and in the playoffs, making it a hot commodity for sale. It's no secret the NBA hates having two teams in the LA market and would love to move the Clippers to Seattle. With Sterling out of the picture, they can manipulate matters to their liking. Billionaires from David Geffen to Queen Oprah are already lining up to buy.

Again, what Sterling said was wrong, but it was not illegal. He broke no laws, yet his team is being taken from him, and if it were me being banned for life from a sport where I owned a team, I'd tell them to go piss up a rope before paying a $2.5 million dollar fine for saying something in the privacy of my own home. In essence, he exercised his First Amendment right to free speech in his own home and because his speech was unpopular, he is being denied his main source of income, his property (ie: the team) is more or less being confiscated from him, and a sports league is going to skim two and a half million clams off the top of the deal when they sell his team to move it to another market where they can make more money off of it. And you know damn well they'll force the good taxpaying people of Seattle to build a brand-new stadium for them that the NBA will dictate terms of operation for. You know, stuff like, the NBA team has dibs on every date during the season so if you want to hold a concert or other event here, you better hope the date where that band is in town ain't a game night because we ain't budging. 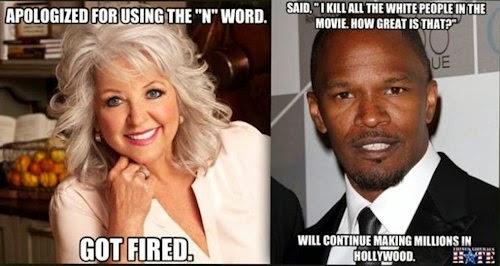 Furthermore, if this was a case where a black owner, or athlete, or rapper, or actor, or some other black celebrity mouthpiece said something anti-white, would it even make the news? Not bloody likely. Racism directed against whites is either laughed off or ignored completely. Oprah gets in the news crying racism but when it's found to be a misunderstanding on HER part, the story is buried. Spike Lee tweets out the address for a couple who he thought was George Zimmerman's parents so that people could ostensibly kill them, and nothing happens. Samuel L. Jackson admits openly he only voted for Obama because he's black, and he's applauded for his honesty instead of being called out for racism. That girl at the Trayvon Martin/George Zimmerman trial who could barely speak a coherent sentence and can't read cursive despite being a high school graduate calls white people crackers and is held up as a pillar of the community. Jay-Z is spotted court-side at a basketball game wearing a racist medallion around his neck, and no one will dare say boo. 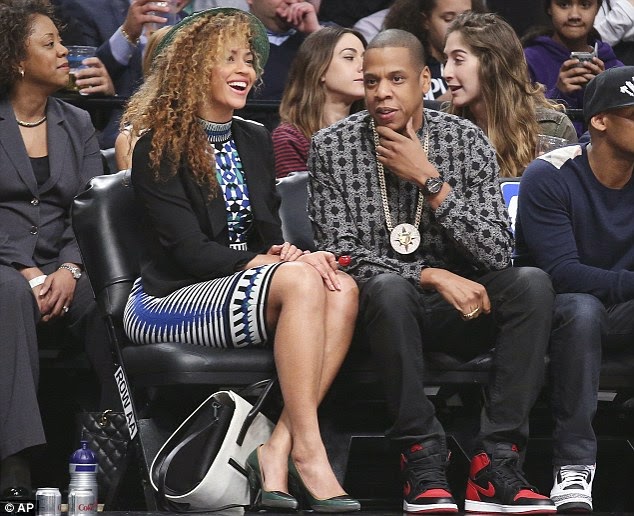 But people lost their MINDS over Sterling's remarks. The Clippers protested by playing their game the other night with their jerseys on inside out to obscure their team logo and the next night the Miami Heat wore theirs inside out as a sign of solidarity. So, lemme get this straight, if a player wears non-sanctioned sneakers or the wrong color socks or something non-team related on their uniforms or helmets in most leagues they get fined. The NBA has fined people over their shoes, their jersey numbers, the length of their shorts. But no one is doling out fines for wearing your jersey inside out to obscure the team logo. I guess since they all did it as a team they were, in fact, uniform...or the league is just being politically correct. And since the only way Spike Lee gets his name in the news anymore is by stirring the racism pot as he sits court-side at games, of course he had to issue a statement saying Sterling has a slave owner mentality and sees his players as slaves. Hey Spike (Oh, wait, Shelton...Your given name is Shelton), your last film made less than  a total of $2.2 million at the theaters and there are five black players on the Clippers that made more this year than that, so that's not exactly slavery. Chris Paul got over $18 million this year and over the next four years over $20 million, over $21 million, nearly $22.5 million, and over $24 million respectively. Not exactly slave wages there, Shelton.

I'm not a basketball fan, but I do wish the Clippers the best of luck. They're a long-suffering franchise with long-suffering fans, due to suffering Don Sterling's crappy ownership. Not the best way to exact an ownership change and if they move I'll feel bad for their LA fan base who'll be losing their team. At least they'll still have non-stop Kardashian coverage. 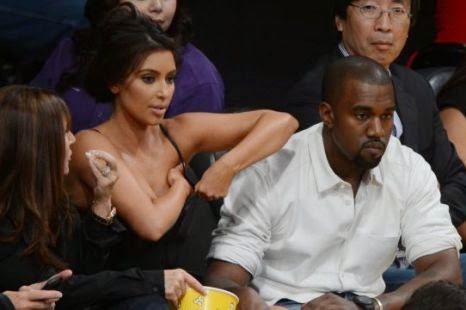