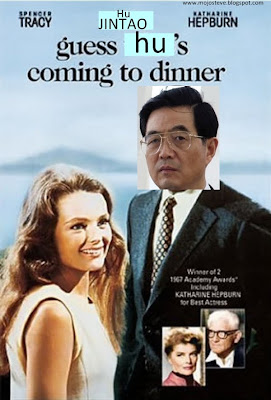 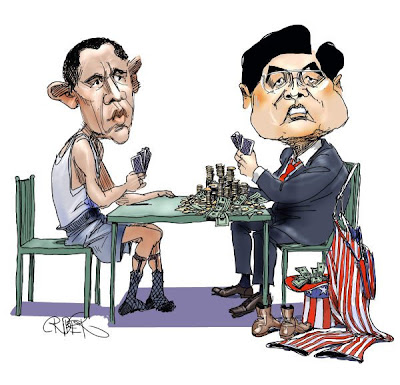 Yeah, I know I'm late with the President Hu jokes. Been kinda busy...

I was amused to find that the All-American food menu served to Hu Jintao and his retinue on their state visit was requested specifically by the Chinese. Likely this was due to the serving of Indian food to India and Mexican food to Mexico when they visited Obama and were served upscale expensive versions of things they could eat at home. I'm surprised they were able to go an entire meal without any Wagyu; Obie & Moo probably had to sneak to the kitchen later for a Kobe Snack after Hu rolled out the front door (the side door is only for the Dalai Lama) 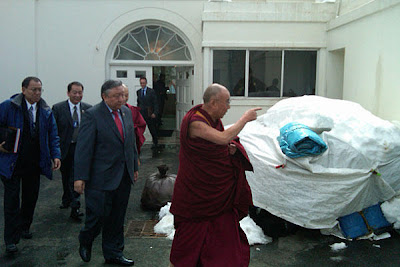 
Smart move, obeying your master's wishes, Obama-san. He can get Moo Shoo Pork any time he wants it. If he needs Wagyu, he sends a commando team to Japan to take a cow. Was it smart to pick a Russsian River wine though? They might have thought you were mocking them with a Russia joke. 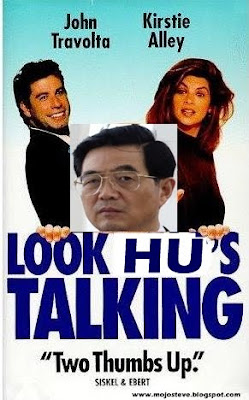 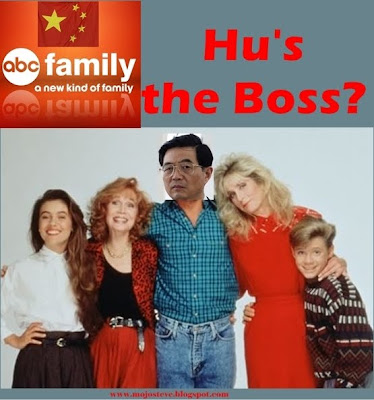 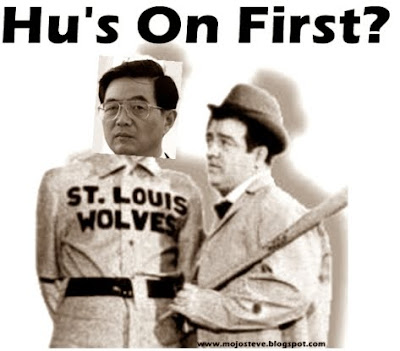 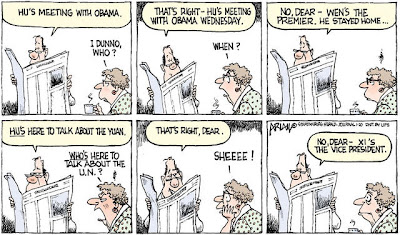 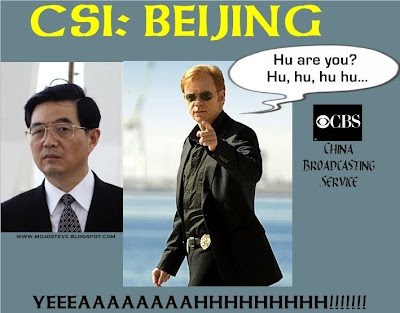 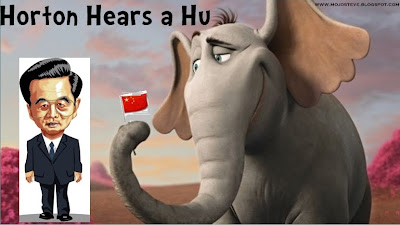 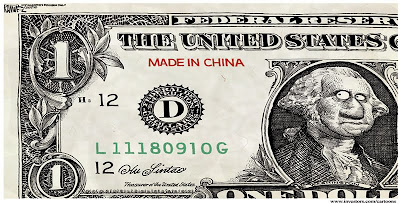 the made in china single is right on target, love it.