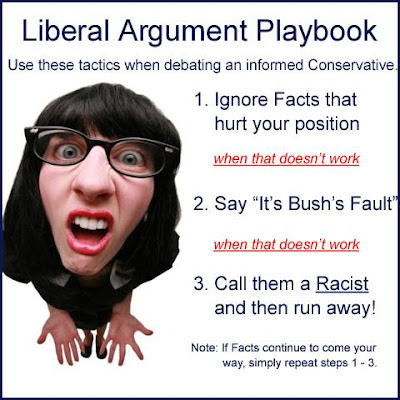 I borrowed this entire article from A Time For Choosing over on WordPress. Pop on over & give Gary some love.

Just when you think the left can sink no lower, turns out they are nowhere near rock bottom. This certainly gets them closer though.

How low will some people stoop to play at partisan politics by exploiting the weekend’s tragic events? We’ve already seen the bar set pretty damn low by elements of the media and some public officials, yet its hard to imagine how much further anyone can go than to verbally attack the parents of the slain 9 year old Christina Taylor Green.

Yet this is exactly what sometime AOL writer Jeanne Sager does in an article published today on parenting blog Cafemom.com.

Here’s just a taste of this nasty liberal’s rant:

Seeing the couple on Dateline NBC last night, my first inclination was to grit my teeth and ask what kind of parent is ready to go on national TV 24 hours after the loss of their child?

The same type of parents who paraded their child out in a book about babies born on 9/11/01? They don’t deserve to be parents if they’re going to use horrors for their own gains.

…. watching the Greens so exacting as they spoke of their daughter, so unfeeling. What, you couldn’t even summon a tear for your little girl? Everywhere I look, they’re talking to the media. To Fox News. To USA Today.

Steve Watson goes on [emphasis mine]

Exactly what “gains” are we talking about here Ms Sager? Their beloved child has just been shot dead. What in the world makes you believe they are gaining anything?

Obviously Sager missed the entirety of John Green’s appearance on Fox News, in which he defiantly fought back the tears to convey the message that this awful but completely isolated and random event should not be exploited to revoke the core freedoms protected under the first and second amendments.

“We don’t need any more restrictions on our society,” Mr Green said, adding that sometimes our continued freedom comes at an awful cost.

While Sager stops her attack short and admits it is “completely unfair” and that she “feels sorry” for the family, it doesn’t prevent her from ending the piece with the question “Did you find yourself wondering why the Greens didn’t get off TV?”

The Greens are not fitting neatly into the script for those so called “liberals” that are happy to exploit the cold blooded murder of a child for political grist.

Presumably, Sager and her ilk would have no qualms with the TV appearances of the Greens should they have demanded the immediate passage of laws to make perceived threats a federal crime or to introduce hastily thrown together gun control bills.

The fact that their despicable smear machine has already ground to a halt in the wake of the revelation that gunman Jared Lee Loughner was a left-wing, pot-smoking liberal, rather than a flag waving tea party Sarah Palin supporter, is one blessing that the still sane can count.

Perhaps the only other is that in amongst a barrage of shameless partisan exploitation of another tragic event, Americans have been reminded that in the face of danger and darkness, there are still those who believe in preserving the values the nation was founded on, rather than tearing them apart.

It’s amazing. While a normal human being hears John Green, a father expressing his grief, as well as calling for the nation to remain calm, and not rush to blame, the liberal trash sees an opportunity to attack the man, and accuse him of what they, themselves are doing: Exploiting this horrific event for political gain. [something the left has been doing since the first shot rang out]

This is typical of the left. They want to feel superior, and will blame the victims if they don’t share their twisted ideology.

Watson is right when he points out that if Mr Green was a liberal, and spewing the usual liberal hysteria and calling for more government intervention, exploiting the tragedy to the fullest, nothing would have been said. Mr Green would have been hailed a some sort of hero.

When Sarah Palin’s young children were attacked by the vile left wing hate machine [and this includes her newborn son] the left’s excuse was “she put them out the for us to attack.“