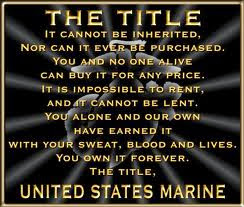 Today marks the 238th birthday of the United States Marine Corps, founded and formed at Tun Tavern in Philadelphia by Captain Samuel Nicholas by a resolution of the Second Continental Congress on 10 November 1775, to raise 2 battalions of Marines to serve as naval infantry.


Classmates like Chris Cunningham and Mike Dunham. Friends like Chris Hembree and Mark Heinemann and Grey Garland who call me "brother" despite being Army and not a Marine like them. Old salts like Don Ares and Mike Dunleavey who always had a ready story to share with me. Mentors like Pat Curley who always had the time for us before we signed on the dotted lines, and role models like Jeff Bohr who led from the front and gave his life for freedom thousands of miles from home.

I've had the honor of knowing many, many Marines in my lifetime and today I raise my glass to you and salute your heritage.

Marines are like the slightly crazy relative you know that will get drunk and make a scene at the family reunion, but also the one that will stand with you shoulder to shoulder in a fight no matter what.

Happy 238th Birthday, Marines! I proudly call you all Brothers. For he today that sheds his blood with me, shall always be my Brother. 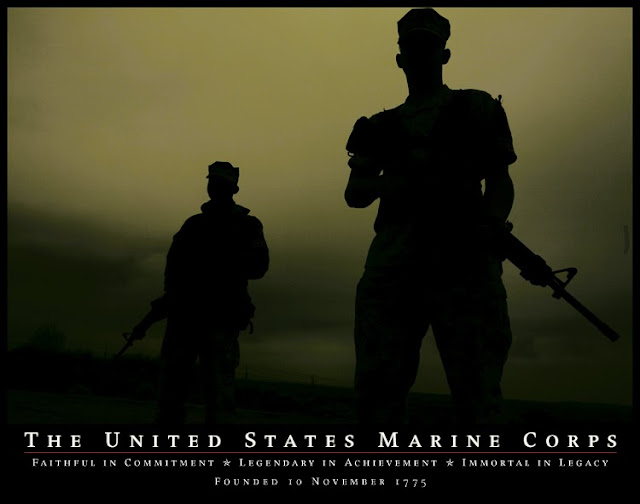 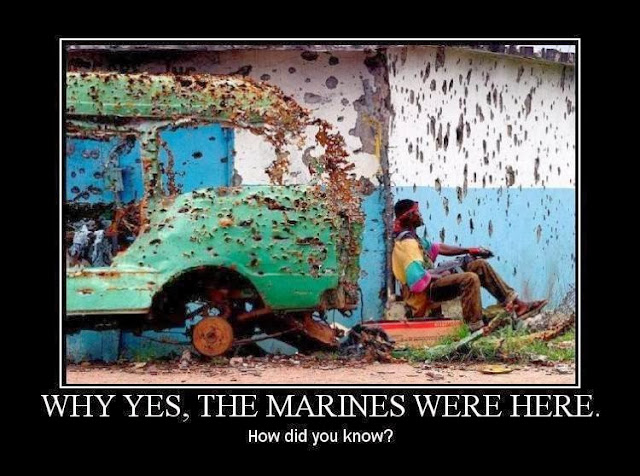 how do i know the marines were there? cuz the house and car have expired from lead poisoning, but the skinny is still alive n kickin.