The Joy of Being an Enemy of the State 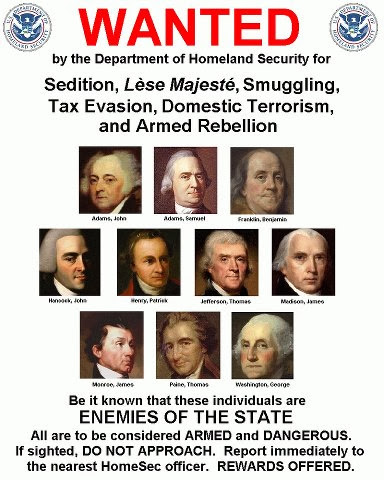 I used to joke about being on Obama's infamous "enemies list" and I even have a graphic naming me as such right here on my blog's front page. I've also said for a few years now that if you're not on some government watch list you're not trying hard enough. I'm pretty sure they think I'm seditious and a threat to be monitored.

I mean, I meet so much of their criteria for being an enemy of the state that I may as well embrace it. I'm a middle-aged white male with a job who has never been on welfare or food stamps. I own firearms. I'm a military veteran. I believe in lower taxes and a small, unobstructive and unobtrusive central government that promotes business and the entrepreneurial spirit of capitalism instead of an oppressive, overbearing nanny state that tells me what to eat and changes history books in schools to suit their agenda. Therefore I am virtually a terrorist in their eyes, which is ironic as all hell when they actively support actual terrorists.

Their most frightening weapon against us at the moment, of course, is the Unavailable Healthcare Scam. Oh, wait, they prefer to call it the Affordable Healthcare Act, Three Lies In One. There's no Act; it's the Law now and there's no action per se because after SIX HUNDRED MILLION DOLLARS and three years of "work" the website is a JOKE. It's sure as hell NOT affordable, since the promised $2500 savings in insurance premiums were 100% fallacy and fantasy and most people will be paying two to three times what they were paying before and getting FAR less. And it's not Healthcare, merely forced purchase of THEIR mandated insurances. 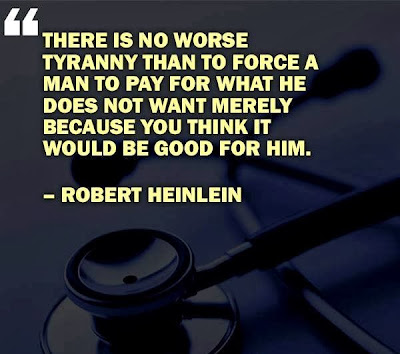 See, everyone in the Low Information Sheeple crowd thinks that Americans have no healthcare. This isn't the case; America has the best healthcare on the planet. That's why people from all over the world come here for treatments. From Third World slumdogs who honestly have no access to care, to First World citizens who pay taxes upwards of 80% of their income for "free" nationalized healthcare, they find a way here for the best doctors and best care in the world. I've got relatives in Canada who have hopped across the border to Buffalo rather than wait months for slipshod care from disinterested medical personnel.

That's the joke on you, Sheeple; Obamacare was never about healthcare. It doesn't provide healthcare. None whatsoever at all. It just forces you to buy insurance of their choosing or steals your paycheck as a tax/fine if you don't. It's not about healthcare; it's about REVENUE. The Democrats could care less if you die. You'll still get to vote Democrat after you're dead anyways. When you die they'll tax away your estate that you willed to family so they make money off your death. They force you to buy their insurance and make money. They fine you with taxes if you don't. They added all sorts of taxes on medical devices and then refer to toothbrushes and tampons as medical devices to take more of your money.

If this was about healthcare why weren't thousands of doctors and nurses and medical personnel hired? No, instead it was thousands of IRS agents to fine and tax you in the implementation of Total Control. 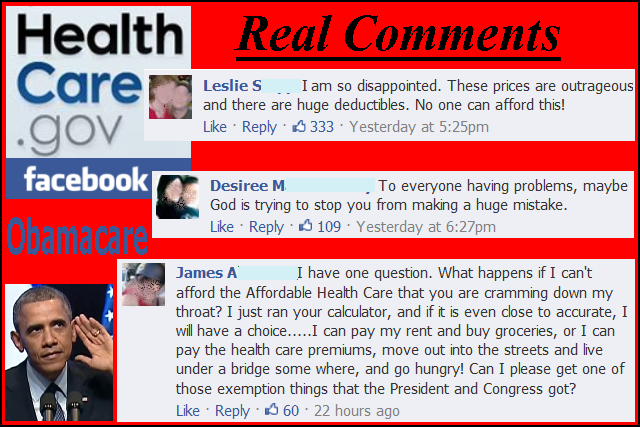 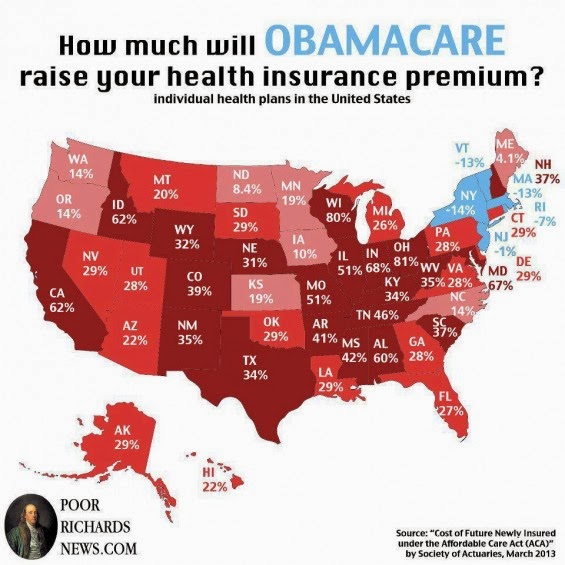 Supreme Leader Hussein Obama (Blessed Be His Name) point-blank lied to all of you when he said that if you like your insurance plan you could keep it and if you like your doctor you can keep him. Complete and utter lies. He said insurance premiums would drop $2500. Another lie. Instead, rates are tripling, people are getting their plans cancelled and doctors are retiring and ceasing to practice their sworn profession rather than work under Obamacare.

Of course, there's also the lie about transparency. Lord Obama stated that his would be the most transparent administration ever and that bills requiring his signature would be aired publicly for five days before becoming law, and yet we had to pass Obamacare to fine out what was in it and it grew from a ponderous and bloated 906 pages to the ungodly 10,000 page behemoth standing on our necks and crushing the life from us. The website that doesn't work cost more on a dollar per capita basis than the entire population of the United States, so with 314 million people you could have handed each of us a million dollars and had change left over, you dolts, and we could have just paid CASH for our own medical care. 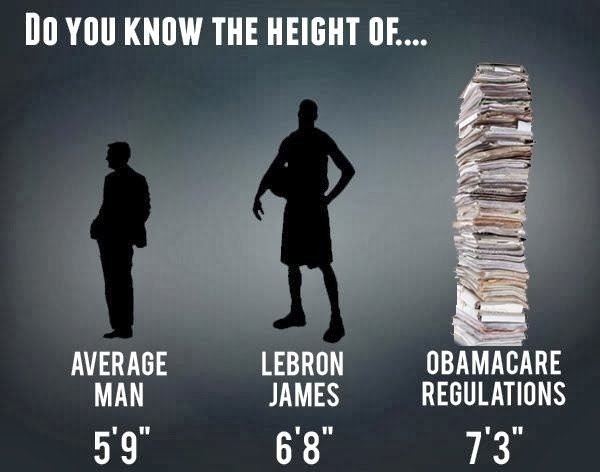 I have no children. Yet I am being forced to buy insurance with pediatric care.

I had a vasectomy six years ago. Yet I am being forced to buy insurance with maternity care.

I have never done drugs of any sort, have never smoked, and have maybe 2 beers a month. Yet I am being forced to buy insurance with substance abuse care.

Seems to me the only choice I have is how I am going to pay for other peoples' abortions and birth control and free phones and food stamps and other handouts.

But I'm an Enemy of the State. I deserve nothing but a re-education camp for my unwillingness to swear fealty to my government masters. 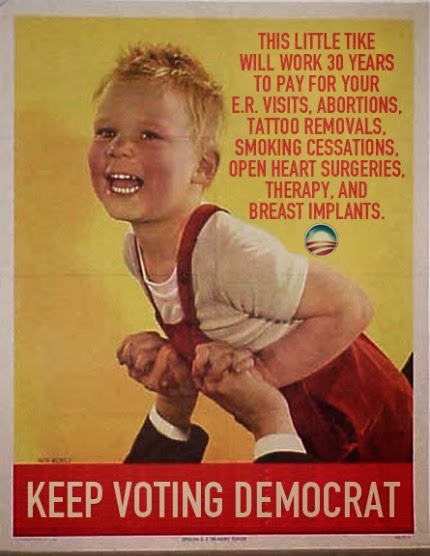 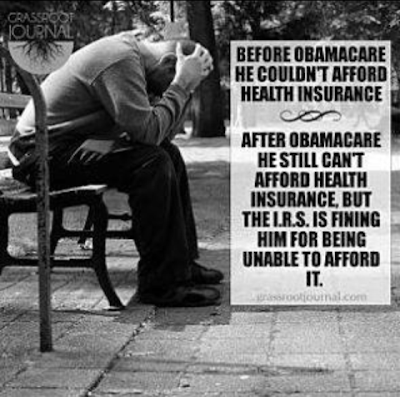 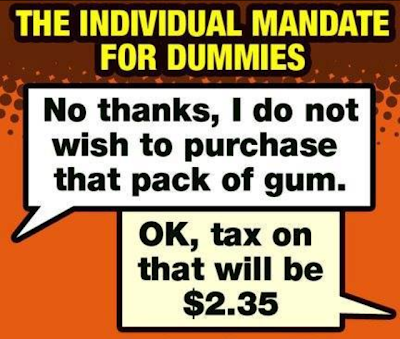 you are going to be eating lemon pepper fish with the faithful down at club g soon. save me a cell with a view.