My annual Black History Month article, because I'm so racist


I graduated high school almost 27 years ago, from a small high school in coastal Maine on the New Hampshire border. Admittedly, there wasn't exactly a lot of racial diversity there, but I spent my life prior to high school in a very diverse environment. As an elementary/middle school kid in the Maryland suburbs around Washington, DC we covered Black History Month pretty well every year. It was covered less in high school in Maine, probably in part due to the fact we had maybe 4 black kids in the school. Of course, we always covered the standard figures one expects to find in Black History Month, the George Washington Carvers, the Martin Luther Kings, the Frederick Douglasses, the Harriet Tubmans...

Nowadays, it seems that instead of decent role models from American history, American kids in general and black kids in particular are cleaving towards thug-life rappers and sports figures.

Three years ago I did a blog series where I wrote an article a day every day for Black History Month. Three years ago I challenged myself to daily highlight an inspirational black American that I felt needed to be showcased, not just as a role model for kids but as historically significant Americans who were being overlooked by the left-leaning educational system that indoctrinates our kids. Because as far as the left is concerned I'm just a racist.

Here are links to the ones you missed from February 2011.

And my wrap up open letter to Black America.

And because I just can't let it go without highlighting another great American and inspirational black man during Black History Month, today I also honor Corporal Isaiah Mays. 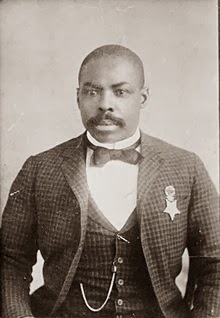 Mays was born into slavery in Virginia in 1858. He joined the Army from Columbus Barracks, Ohio, and by May 11, 1889 was serving with the Buffalo Soldiers as a Corporal in Company B of the 24th Infantry Regiment. On that day, he was part of a small detachment assigned to protect a U.S. Army pay wagon, which was caught in an ambush by a band of bandits. A gunfight ensued and almost all the soldiers were wounded or killed in what later became known as the Wham Paymaster Robbery. Mays was shot in both legs. The bandits made off with $29,000 in gold coins.

Despite his wounds, Mays managed to walk and crawl two miles to a ranch to seek help.The next year, on February 19, 1890, Mays was awarded the Medal of Honor for his actions during the engagement.

After leaving the army in 1893, Mays worked as a laborer in Arizona and New Mexico. He applied for a federal pension in 1922, but was denied. He entered the Territorial Insane Asylum, now known as the Arizona State Hospital, in Phoenix, which housed not only the mentally ill but also people with tuberculosis and those living in poverty. He died at the hospital in 1925, at age sixty-seven, and was buried in the adjoining cemetery. His grave was marked with only a small stone block, etched with a number. In 2001, the marker was replaced with an official United States Department of Veterans Affairs headstone which stated his name, service history, and his status as a Medal of Honor recipient.

Eight years later, in March 2009 under the care of the Old Guard Riders Inc., Corporal Mays' remains were disinterred, cremated and placed in an urn designed especially for him. On 29 May 2009, in a ceremony befitting a Medal of Honor recipient, Corporal Mays was interred in Arlington National Cemetery.

Born a slave and died not just a free man, but a Medal of Honor recipient. Neglected by his country but in the end, certainly not forgotten. Young black Americans could certainly have worse role models. In fact, you willingly choose worse role models on a daily basis. Stop looking to spoiled overpaid sports figures and talentless hack rappers. Pull up your pants, get an education, and believe in yourselves. Don't dishonor the legacy and memories of good men who came before you and had it much, much worse than you ever will. But you don't have to believe me. What do I know? I'm just a middle-aged white conservative male, the man that the Democrat Party and the Unions, and the NAACP would have you believe is your enemy. Feel free to believe the unions, run by rich white guys who just want your money while you bust your ass, believe the NAACP who wants you to remain a subservient victim while taking your money and blaming everything on Whitey, and believe the Democrats on the left who gladly manipulate you and keep you down while taxing you to death. The same party that has unemployment among black teens at 38%. But do believe in yourselves and your ability to rise above whatever obstacles life throws at you. That's what great Americans do. It's not just Black History, it's American History. The history of us as a nation and a people. Be somebody. Make your mark on history. Be a positive inspiration to some kid down the road. 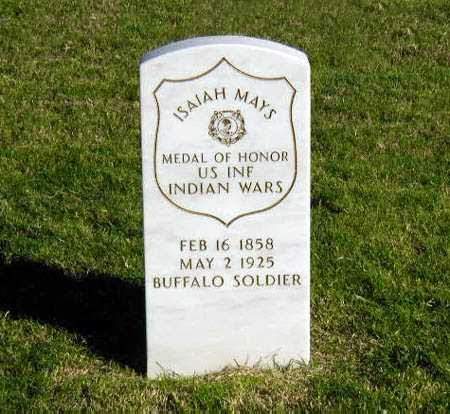 great job again/still. love the examples of what people can become if one sets their mind to it.