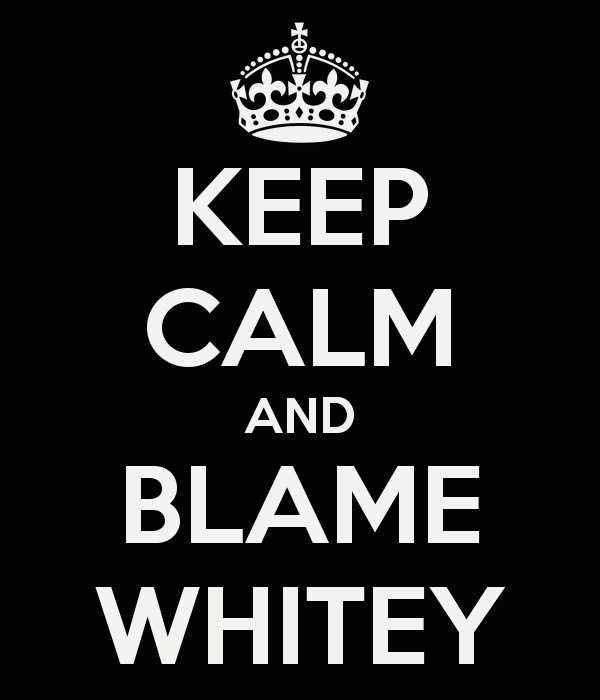 The Interwebz is all abuzz over the rally that the NAACP held in my neighboring state of North Carolina last weekend. The rally was to protest those evil laws enacted by Whitey that require you to show a valid photo ID when voting. Seemingly voter ID is racist, but I don't see how. It protects you from voter fraud, unless voter fraud is your true intent or you're hiding from Johnny Law.

The kicker: they were requiring all of their rally participants to bring PHOTO ID. Yeah, seriously. Digest that morsel and ponder the idiocy. 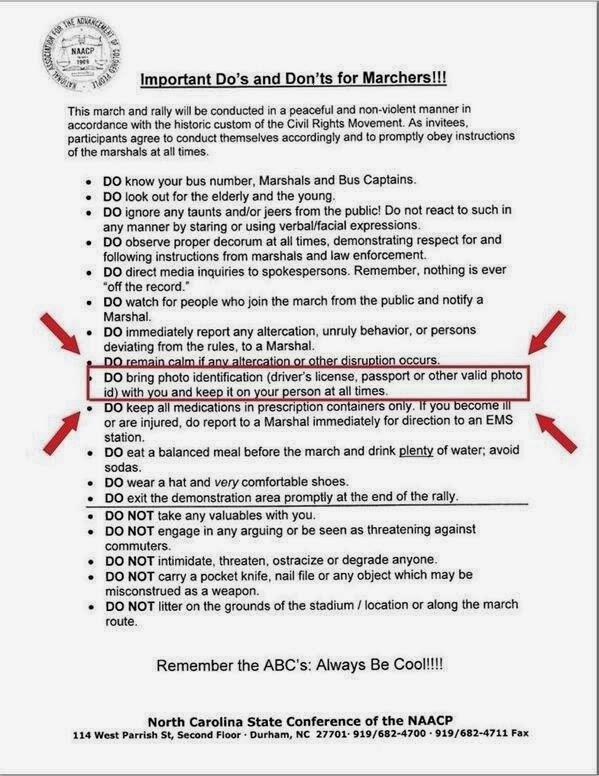 Democrats and their puppets, like the National Association of Always Complaining People, try to call everything that negates their plans and schemes as being racist. You show a photo ID to drive, to apply for benefits, to write or cash a check, to buy alcohol or smokes if you don't look over 40 to a teenaged cashier, to buy a firearm, to establish a bank account, to buy and register a car, to get on a plane, to apply for credit or a loan or a mortgage or to rent a place to live, to rent a car or a hotel room, to get on a plane or take a cruise, or to get a freakin' library card. So please, just shut the hell up about how people don't have a photo ID or can't get one.

But I ain't gots me no car!
Then how do you get your ass to work? Or to go get groceries? Take a bus, take a cab, ask someone who has a car to politely carry your ass to the DMV and get one.
I can'ts afford me no ID!
Really? That's a nice iPhone. Those are nice Air Jordan's. That's a nice handbag. Here in South Carolina the cost to obtain a simple state issued ID card is five dollars. That's a latte at Starbucks. That's a pack of smokes. That's a couple Philly blunts or a couple Icehouse Tallboy cans. That's a scratch ticket. Give up one of your crappy habits for a day. You can't drop FIVE BUCKS on an ID? That's why states have a provision to give a FREE ID CARD to those so financially strapped in the Obama Economy to get an ID. 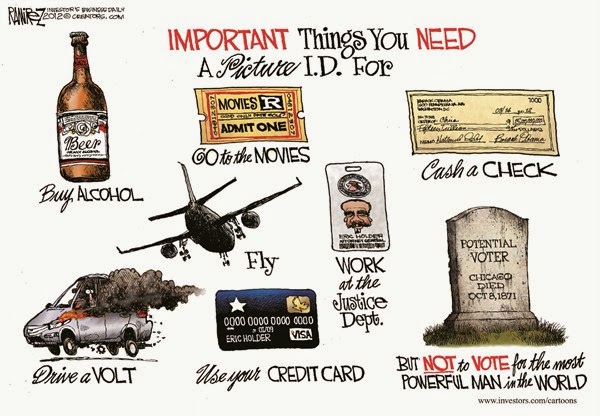 Don't feed me that crap about disenfranchising people. That's a BS cop out. What the bloody hell is so disenfranchising about making sure that the person who is voting is who they say they are and ensuring their single vote is counted? 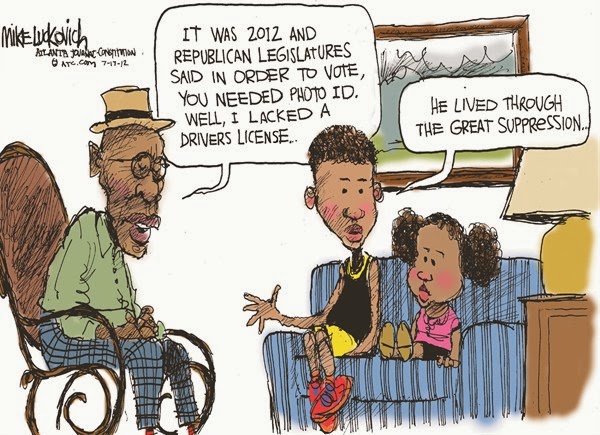 The above cartoon seriously pisses me off. They require a photo ID, not necessarily a driver's licence. Some people just don't drive, and that is why there are state-issued photo ID cards. Or you could use a passport or even a military ID. Lemme guess; as far as the Left is concerned only rich white people have a passport and only southern redneck white crackers join the military to kill oppressed peaceful brown people? 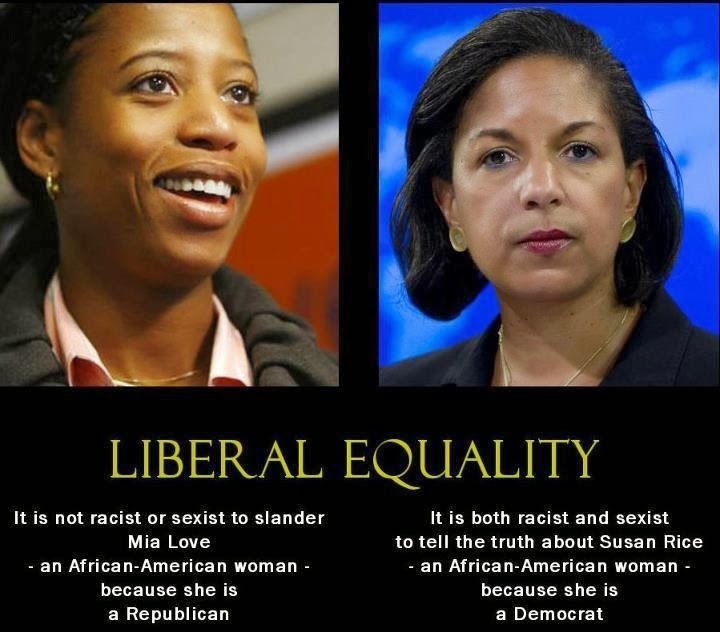 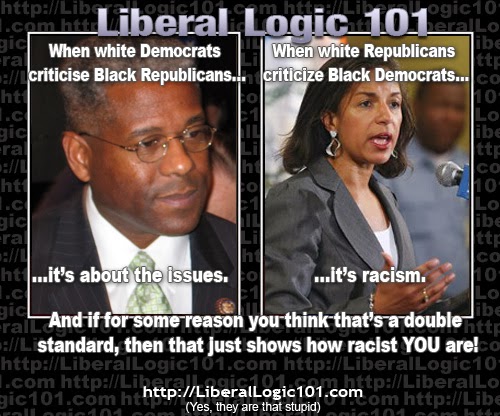 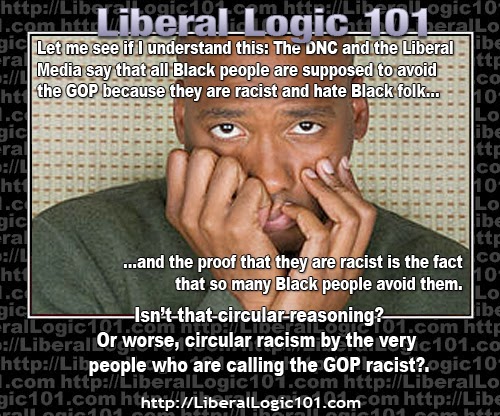 Black conservatives like Thomas Sowell, Dr. Ben Carson, Allen West, Herman Cain, all of them are lambasted continually by the Left and are called Uncle Tom or a puppet of the Right by the NAACP. My own Senator, the Honorable Tim Scott, is a particular target of the NAACP, who label him a ventriloquist dummy because he's a Tea Party Republican who refuses to play the black victim race card like the liberal left wants.

The white limousine liberals and union thugs who control the Democrat Party expect all blacks to subserviently vote Democrat and get really pissed when they don't. That in itself is racist. 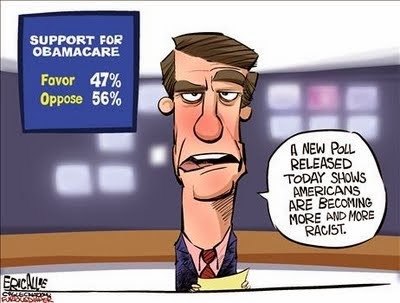 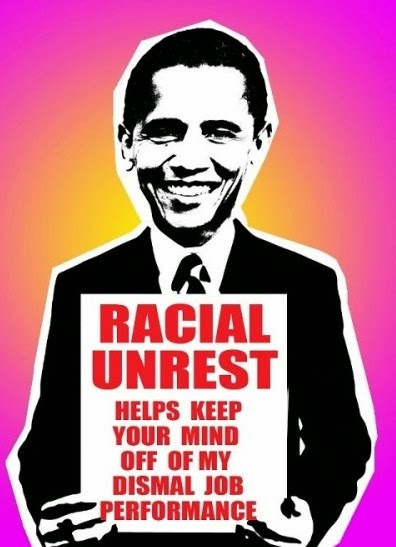 If I disagree with Obama, it can't possibly be because of his failing liberal socialist policies. It has to be because he's black, (Oh, wait, I'm sorry, he's HALF BLACK but he hates whites so much that he never acknowledges the white woman who birthed him or the white grandparents who helped raise him after his black father split). However, it's perfectly acceptable and natural for black voters to say they voted for Obama just because he's black. They knew or cared nothing of his politics; he was black and therefore he was The Chosen One. 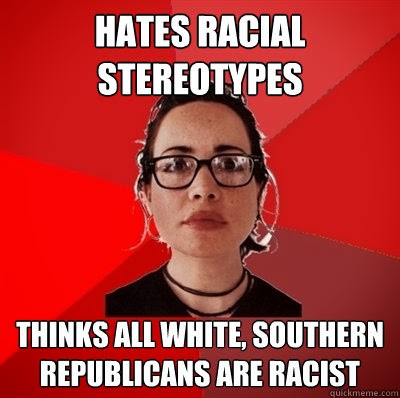 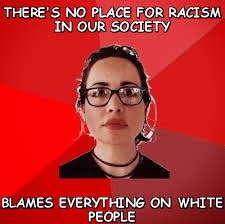 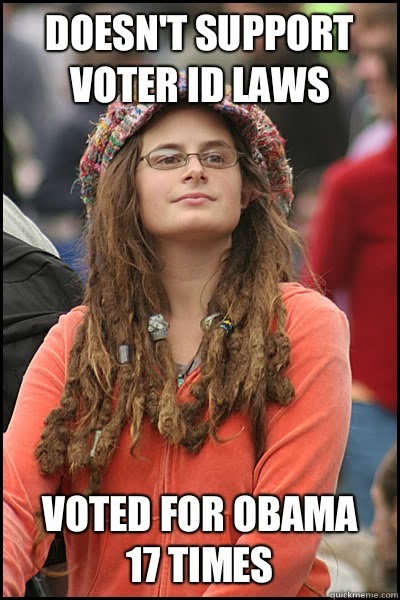 Samuel L. Jackson even admitted it. In an interview in 2012, Jackson said his decision to vote for Obama had nothing to do with his political beliefs.

'I voted for Barack because he was black. 'Cuz that’s why other folks vote for other people — because they look like them,' , adding 'That’s American politics, pure and simple,' he said. [Obama’s] message didn’t mean shit to me."

Well, no US President I voted for has ever looked like me. They were all a lot older than me and none were bald, bearded, tattooed guys with earrings. They may have superficially resembled me by simply being white men, but that's it. And how does that explain how women vote? Fellow blogger Southern Keeks said it quite well when she said that no one in the Oval Office had ever looked like her so that argument was moot.After all, how was she to have ever voted for someone who looked like her?

No, it's the Left obsessed with race, because they use race and racism as a crutch and a weapon and a method to control their uninformed voter base. And if you disagree with them, you're a racist. Because they said so. 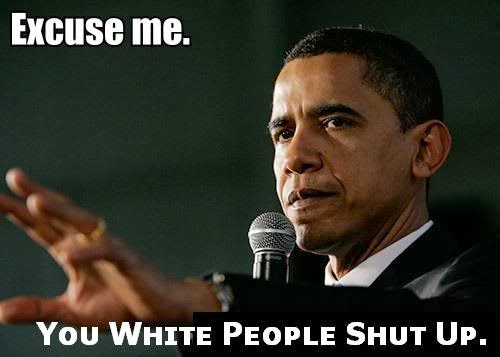 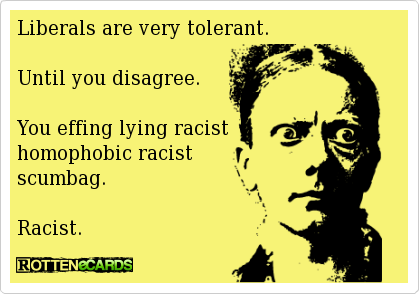 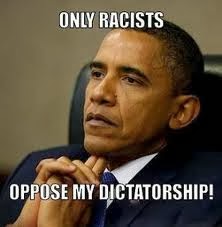