The Sunday Comics: Obamarchy In The USA

My new weekly feature here at GDTAI has become The Sunday Comics. So far it's getting some good feedback and traffic, so I'll continue it.

Legendary punk music icon Malcolm McLaren, who managed The Sex Pistols, passed away this week of mesothelioma at the age of 64. The Pistols are perhaps best remembered for their perennial classic Anarchy In The U.K., full of sneering vitriol from frontman Johnny Rotten.
This week's Sunday Comics is the Malcolm McLaren Memorial Edition, featuring the Sex Pistols song rewritten by me for modern times. If you're unfamiliar with how the song goes, here's a link to the video as well as the original lyrics.

I am an anti-Christ! I am an anarchist!
Don't know what I want but I know how to get it!
I wanna destroy the passerby cos I..
I wanna be anarchy!
No dogs body!

Anarchy for the U.K it's coming sometime and maybe
I give a wrong time, stop a traffic line;
your future dream is a shopping scheme.
cos I, I wanna be anarchy!
In the city...


How many ways to get what you want?
I use the best, I use the rest.
I use the enemy; I use anarchy cos I...
I wanna be anarchy!
THE ONLY WAY TO BE!


And now, without further delay:
Obamarchy in the USA! 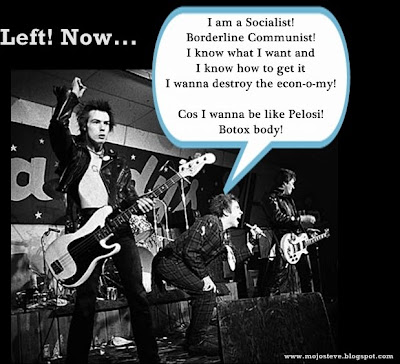 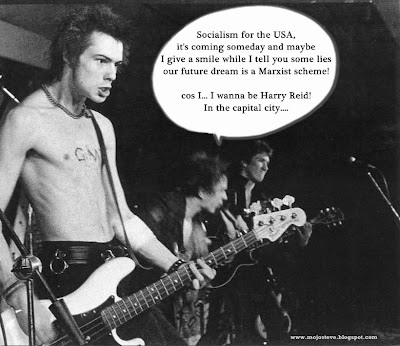 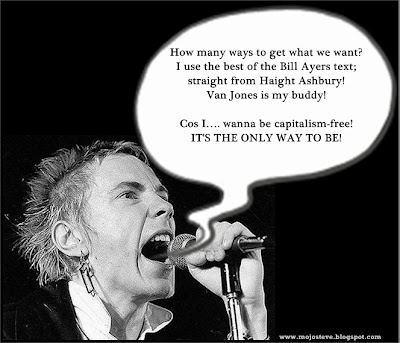 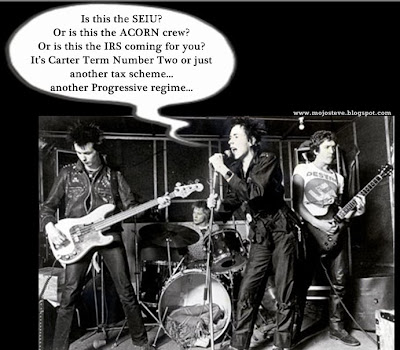 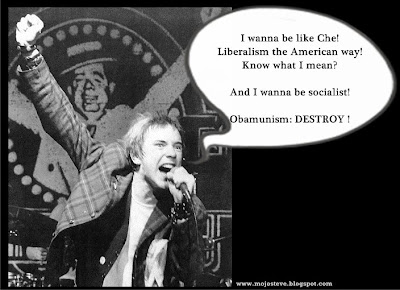 As always, if you can't read the pics, clicky-clicky makes 'em bigger!

this mclaren should have paid attention to the ambulance chaser commercials on tv. i think binder and binder are always advertising about the dangers of mesothelioma. or maybe it was schister and schister, no matter. hey the way you are sampling, people are going to start mistaking you for p diddy.

Excellent idea, Steve. But you just ruined one of my favorite childhood songs forever (not really). All around good stuff, my friend.