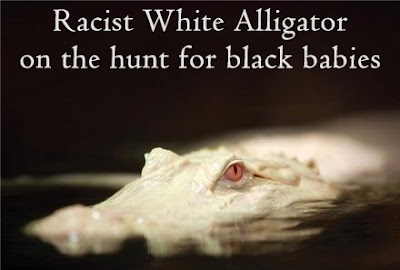 You may or may not know it, but it is currently alligator season here in South Carolina. The state issued 1,000 permits this year. The 2010 open season is September 11 - October 9 (2nd Saturday in September – 2nd Saturday in October). Alligators must be secured and brought to shore or alongside boat before dispatch. No shooting of free swimming or basking alligators is allowed in this program. No rifles are allowed, but handguns and bangsticks are permitted for dispatch. No bait, baited hooks, set hooks, or pole hunting is allowed. Only one (1) alligator can be taken per permit, and the alligator must be four (4) feet or greater in length.

We had a gator taken the first week of the season that was 13.5 feet in length and weighed 1,025 pounds. That's a lotta lizard, friends. 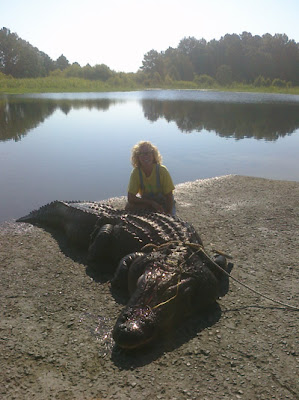 Some folks will argue the ethics of using bait to lure a gator in to be, um, dispatched. They say the best bait to use is rotten chicken. According to His Most Royal Racistness, King Samir Shabazz of the New Black Panther Party, the guy who hates every iota of a cracker and looks to kill a few cracker babies, it would appear the preferred alligator bait of choice is black babies.

Well, it seems that everyone's favorite race-baiter thinks he knows a thing or two about gator-baiting. My current favorite hate monger appears in a new video from Election Journal spewing more of his vitriol, calling Fox News "Fox Jews" and making an absurd accusation about " the little black babies that you use as alligator bait..."

Come on now, Shabzie. If anything, white folks use our own babies as bait. As my wife pointed out to me, all we had to do was look at Steve Irwin. 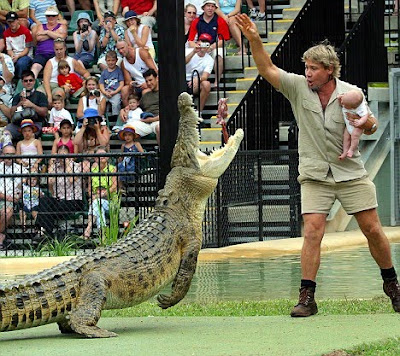 And hey, while I'm pointing fingers, allow me to remind everyone that when Iranian dictator-slash-pond-scum Mahmoud Ahmadinejad was skulking about with those asstard jackanapes at the United Nations last week he had a private hushy-hushy get-together with Louis Farrakhan and representatives of the New Black Panther Party. Turds of a feather draw flies together... 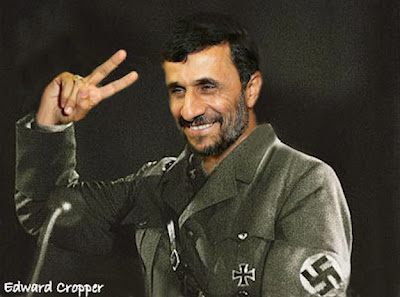 "i am a slave, born, brought, stolen to the hells of north america..."

why the fuck are you still here? get thy fucking self out, to somewhere you would rather be, you won't be missed, i promise.

he's got the pie man hat on too tight, it's cutting off all the common sense to his brainium.