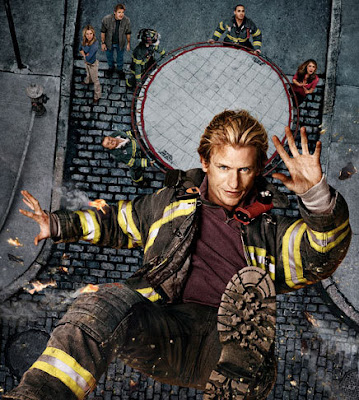 The other night I watched a very powerful & emotional piece of television that closed out an era. For seven seasons I watched Denis Leary's amazingly edgy show "Rescue Me" which aired on FX. It was the twisted, funny, tragic, manic tale of a firefighter with the FDNY, the legendary Tommy Gavin, and the firefighters of 62 Truck and 99 Engine.

There's no way to adequately describe the show if you haven't seen it. It was raw, gritty, shocking, funny, depressing, entertaining, and addicting. It bent the rules and broke the barriers of what you usually saw on TV. It showed the camaraderie of people in a dangerous profession, the good-natured needling of your buddies that reminded me so much of my time in the Army, the terror of being in a burning building, the toll firefighting takes on your personal life, your marriages & relationships and your very soul. It showed how the people of the FDNY struggled with the memories and after-effects of 9-11. And Tommy Gavin's family was perhaps the most frustratingly dysfunctional group of people I have ever seen.

You grew to love the characters. Occasionally you hated them. It was often the fastest 60 minutes of my week.

Leary is no stranger to firefighters. On December 3, 1999, six firefighters from Leary's hometown of Worcester were killed in the Worcester Cold Storage warehouse fire. Among the dead were Leary's cousin Jerry Lucey and his close childhood friend Tommy Spencer. In response, he founded the Leary Firefighters Foundation in 2000, and the foundation has distributed over $2.5 million to fire departments in the Worcester, Boston, and New York City areas for equipment, training materials, new vehicles, and new facilities. Leary won $125,000 for the foundation on the game show Who Wants to Be a Millionaire. A separate fund run by Leary's foundation, the Fund for New York's Bravest, has distributed over $2 million to the families of the 343 firemen killed in the September 11 attacks in addition to providing funding for necessities such as a new mobile command center, first responder training, and a high-rise simulator for the FDNY training campus. In the aftermath of Hurricane Katrina, Leary donated over a dozen boats to the New Orleans Fire Department to aid in rescue efforts in future disasters and the foundation also rebuilt entire New Orleans firehouses.

There are hints of Leary everywhere on the show. His main character of Tommy Gavin is likely a nod to his friend Tommy Spencer, and another character, Jerry Reilly is likely a nod to his cousin Jerry Lucey. Tommy Gavin plays hockey with the FDNY team, and Leary is a huge hockey fan. In fact it is rumored that the fictitious 99 Engine is a nod to Wayne Gretzky's jersey number. Gavin was often seen wearing hockey-themed t-shirts (as well as Irish-themed tees). Former Boston Bruins player and Hockey Hall of Famer Cam Neely (now the team president) had a recurring role as a firefighter on the FDNY hockey team. The music on the show was mostly picked out by Leary's son.

The final episode was full of emotional shocks and should be nominated for an Emmy. Leary has been nominated in the past for several awards including Emmys, Golden Globes, Satellites, and Prism Awards for the show but something tells me the raw nature of the show kept him from winning, because deep down Hollywood hates people who tell the truth unless it's convenient for them and their agendas......just sayin'......

Farewell, 62 Truck. Thanks for 7 great seasons. 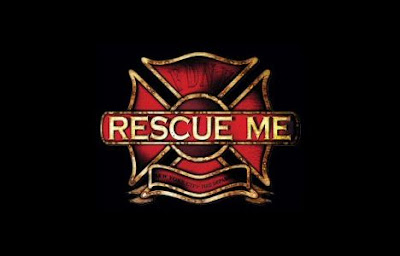 Your tribute was very fitting and I concur with everything you said. I am always looking for good TV. TV has better writing and acting than the second rate junk Hollywood is putting out these days. There is no praise high enough for this show. The writing, acting, everything is some of the best TV I've ever seen. As good as the Soprano's, maybe better. The character development, the humor and the technical skill couldn't be better. I've often thought about how hard it must have been to film some of the fire scenes. I watched all seven seasons at once. I came to it because I was watching Adam Ferrera on Nurse Jackie and I wanted to see what else he was on. I had never even heard of the show. Now, I've got withdrawal knowing there is nothing on as good as this. I hope Denis gets interested in doing something else soon, but I'm afraid he is pigeonholed as Tommy Gavin just as Jimmy Gandolfini was as Tony Soprano. My favorite character was Lou. A prince of a man. Goodbye 62 truck. You will never be forgotten.