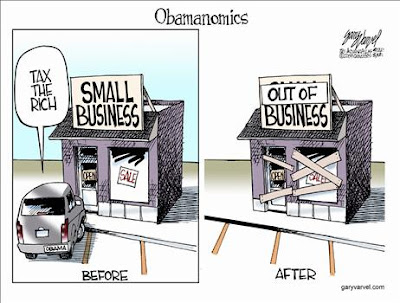 My friend Paul is a 21-year old hockey player in Minnesota. I've known him since he was but a young pup freshman playing local league hockey in Goose Creek, South Carolina. If you think that the younger generation of America is hopelessly screwed up, take heart & have hope, because this guy's got his head screwed on right.


Ok, so the hamster is running upstairs again....

Pretty pointless if you ask me. I mean I think it should exist, but people are always bitching about how it should be raised because the cost of living has gone up. The cost of living goes up when the minimum wage goes up. Inflation 101. Check this out; if you raise the minimum wage, the companies you buy from will have to increase the wage of their workers and to further negate the loss of capital and maintain a profitable status, if that. So you will now make 9 dollars an hour, and your milk that was $2.75 a gallon, is now $3.25 a gallon.. You are in the same situation as before.

This is where outsourcing plays a huge role in the US economy. It no longer becomes feasible to do business within the borders of our own country. We ship the jobs to China, India, Bangladesh, etc. Taxing the companies (whether it is small business, or big corporations) will only give them less money to pay the people they need to manufacture their goods in this country.

The auto industry is a decent example of this, although not with taxes. The unions continued to demand higher wages and the companies could not afford to do so. They are faced with 3 options. 1) Lay off people to open up captial. 2) Raise the price of the cars, which would only infuriate the population and possible lead to more union wage raise demands. 3) Outsource, cut back production, or as we've seen this past decade... bailouts.

The taxes would have the same effect on the things we need because the simple fact is there is gonna be less money available to produce the goods/pay wages. They will raise the price and we will still be shit out of luck.

Introducing a flat tax seems to be a great idea. I know Herman Cain proposed a 9% income tax and a 9% sales tax. Completely transparent. Applies to everyone. For mathematics sake, lets just say the flat tax is 10%... If I make 100k a year, I pay 10k in taxes. If you make 25k a year, you pay 2500 in taxes. Its fair. It's simple. The rich end up paying more in the end, how everyone wants it to be anyways.

Recently I cancelled my credit card. My interest rates prior to Obama's "helping hand" and "fighting in the corner of the people" when it comes to credit cards was 11.4%... Not bad. I was 19 when I got it; I'm 21 now. I'm a young guy. I have pretty damn good credit, and I can just expect it to be around there. Now, after Obama's legislation? Interest rate was 27.3%. 100 dollars a month was barely making a dent in it because the few times I would use it per month, the 27 bucks in interest fees, 30 dollar minimum payment.. It was just terrible.

Moral of the story, we need to stop biting the hand that feeds. If we continue to outrageously push for legislation that increases the taxes on the wealthy and businesses, we will find ourselves in a vicious circle of poverty very fast. What we need to do is get rid of all the bullshit social programs and encourage ADVANCEMENT, not COMPLACENCY! Generational welfare, people living off of unemployment for months/years and not making the effort to get employed... those are the people who are draining our tax dollars. And the worst part about it is they are okay with what they are doing. It's just dead wrong.

But I'm 21 and I haven't gone to college yet. What the flying fuck do I know?