A Change of Loyalties in Charleston 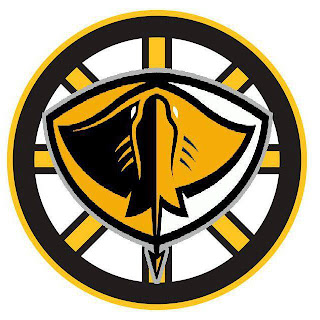 Late July is Hell on Earth for hockey fans. It’s been a couple months since the Stanley Cup was handed out and training camps are still a couple months away. There’s the occasional big trade or free-agent signing, but apart from watching classic games from 1987 on The Hockey Network or renting the recent Seann William Scott flick “Goon” but that really doesn’t completely fill the void. I know; I did both recently…I watched a replay of the Oilers winning the 1987 Stanley Cup with a team full of legends, and I also rented “Goon”. It’s a cute & funny movie about a minor league hockey player whose seeming sole purpose on the ice is to be the team’s enforcer. It’s based on a true story about a guy who played in the ECHL for a few years.

The ECHL, you say? Yeah.

There’s the National Hockey League, the Big Show, the majors, the NHL. The often ignored step-brother of the NFL, NBA, and MLB. This is where hockey players want to be.

Directly under the NHL is the American Hockey League. The AHL is the direct farm feeder for the NHL teams, where hot shot prospects who just aren’t quite ready for the NHL get ice time and pro experience and wait for a call-up. When the parent team needs a replacement body this is where they go.

And below the AHL is the ECHL, considered a developmental league, where prospects and draft picks who need a little bit more seasoning can polish their skills and hopefully move up the ladder to the bigs.

That brings me to my local team, the South Carolina Stingrays of the ECHL. In a league that has seen many a team start up and fold just after a single season, we’re celebrating our 20th season this year. And this year we’re also celebrating a brand-new NHL affiliation, with the Boston Bruins. For the previous 8 seasons we have been an affiliate of the Washington Capitals, which suited me just fine. I grew up for my first 14 years in the DC area and had always been a Caps fan, even through the lean years when they couldn’t get a win to save their lives. The fans of Stingrays Nation embraced their new NHL team with pride and got to a few Stingrays players move up to the NHL, most notably goalies Michal Neuvirth and Braden Holtby. 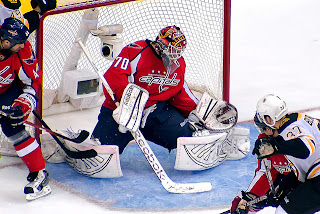 Braden Holtby against the Bruins

As much as Stingrays fans enjoyed the relationship with the Caps, however, most fans disliked the relationship that came with it, that being the AHL go-between….the Hershey Bears. The Bears had a tendency to call up our best players whenever one of their people got a runny nose or a pimple and seldom giving us anything in return. Often, our call ups would sit in the stands as healthy scratches getting no ice time in games but skating in practices daily. Such can be the nature of the beast when you’re an ECHL team but all too often to many of us fans it felt like the relationship with Hershey was all take & very little give back.
Well, after 8 years the Caps decided to sever ties with the Rays and go with an ECHL team closer to Hershey. Good luck, Reading; enjoy losing your best players and getting not a lot of love from Hershey.

That said, I’d like to send a very warm South Carolina welcome to the people of Boston and Providence. Our new affiliate is the Boston Bruins, and their AHL affiliated team is the Providence Bruins, known colloquially as the Baby Bruins. I’m pretty excited for this, because I’m also a Bruins fan. At 14, I moved from the DC area to Maine, an hour north of Boston, and my new friends at school made sure I became a quick fan of the B’s in the days of Ray Bourque, Cam Neely, Andy Moog, and Adam Oates. 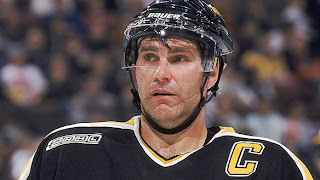 Everyone loves a winner, and the transition to new affiliates comes at a good time, when the Bruins won the Stanley Cup last year and made the playoffs again this year. In fact, one of the current Bruins players, Rich Peverley, started his professional career with the South Carolina Stingrays. He went from an undrafted free agent with a tryout in camp to having a Stanley Cup ring. Bruins goalie and future Hall of Famer Tim Thomas also started off in the ECHL, incidentally. 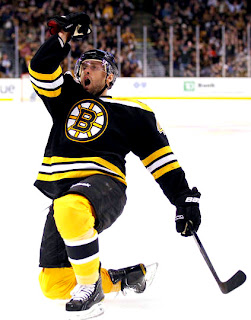 For you Bruins fans reading this, I think you’ll be happy with us here. You might think that hockey in the Deep South is either a fluke, or just plain wrong, or no big deal, but I beg to differ.

In a league where I have seen teams start and fold in a year, the Stingrays are entering their 20th season. We’re the only team in the ECHL to win the league championship three times. In our previous 19 seasons, we have only missed the playoffs once. Unlike some of the war-zone barns I’ve been to in this league, we play in a great arena. Our fans are educated about hockey and know the sport well. We’re a mix of home grown locals and transplants from all over who love hockey and love that we can often wear shorts to the rink. Our fans are just as rabid about hockey as any fan can be.

Our current team president (and former Stingrays player) Rob Concannon is a native of Southie. In fact he was profiled a few years ago in Boston Magazine. Dozens of former Stingrays have come from the Boston area or played college hockey there. Boston College grad and Arlington native Andy Powers, an Associate Coach with the Boston Junior Bruins, is a former Stingray. 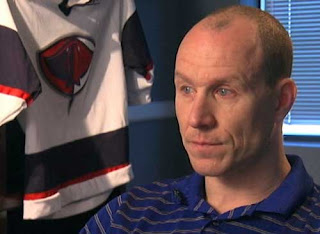 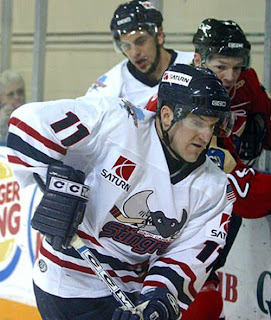 The first jersey number ever retired by the South Carolina Stingrays, #12, was that of a native of Roslindale, Massachusetts, who was a standout at Boston University who also played in 32 games for the Providence Bruins and worked as an assistant coach at Harvard for two years. He was immortalized, along with former Boston Bruins player Garnet “Ace” Bailey, in the Dropkick Murphys song “Your Spirit’s Alive”. Both were scouts for the Los Angeles Kings when they lost their lives on United Airlines Flight 175 on 9/11. 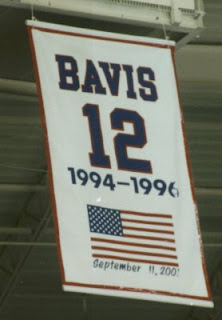 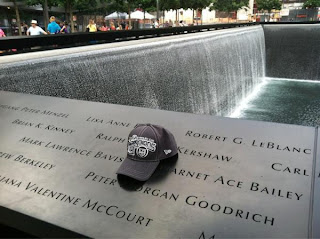 The banner in the rafters at the North Charleston Coliseum commemorating the retired jersey number of Mark Bavis and an L.A. Kings Stanley Cup cap left at the 9/11 Memorial next to Mark & Ace's names.

I encourage the fans in Boston & Providence to follow the Rays on the web and cheer us on, as Rays Nation will most assuredly be following both sets of Bruins and cheering on our new affiliates. And if ya’ll are ever down here in Charleston stop on by; you may never want to leave.