Excuse me, but your submarine is on fire... 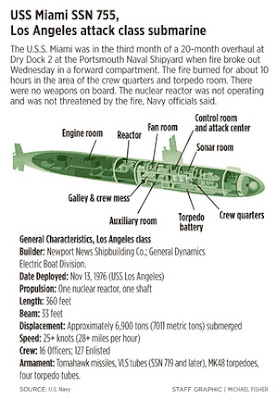 I swear, as long as I live, I’ll never quite understand people and what makes them do astoundingly stupid things.

As you may have already known, back on May 23d of this year there was a fire aboard a US Navy attack submarine, USS Miami (SSN-755) as she was in drydock at Portsmouth Naval Shipyard in Kittery, Maine. The Los Angeles-class sub was at the yard to undergo a scheduled 20-month overhaul and upgrade. The fire broke out in the forward area of the sub, damaging the torpedo room and control room. The fire took over 12 hours to extinguish through the exhaustive efforts of firefighters from several departments, and at least seven firefighters were injured fighting the blaze.

The ship sustained over $400 million in damages. At the time she was built she cost roughly $900 million. The Navy actually considered scrapping the ship instead of repairing it. And to add insult to injury, there was a second, much smaller fire that ignited on the drydock cradle the ship is resting on that occurred on June 16th but caused no additional damage. 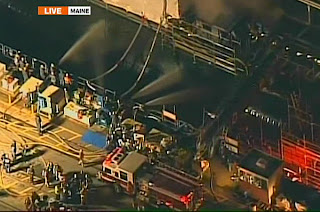 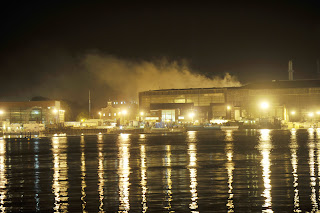 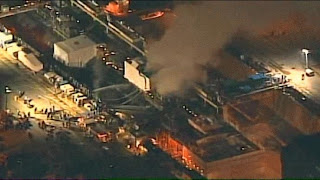 Images of the original fire being fought

The plot thickened. It turned out that the fires were intentionally set by a shipyard worker in the midst of an anxiety attack who wanted to get out of work early. I kid you not.

Seriously. Digest that morsel a minute. A shipyard worker being treated for anxiety and depression, taking at least 4 different medications, who wanted out of work, sets fire to a nuclear-powered warship of the United States Navy not once, but twice. Casey James Fury, 24, of Portsmouth, N.H., faces up to life in prison if convicted of two counts of arson in the fires. 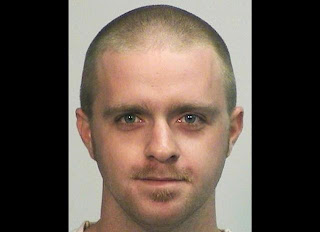 Fury, who was working on the sub as a painter and sandblaster, initially denied starting the fires but eventually acknowledged his involvement. He admitted setting the May 23 fire while taking a lie-detector test and being told by the examiner he wasn't being truthful. Fury told an agent for the Naval Criminal Investigative Service, that "his anxiety started getting really bad," so he grabbed his cigarettes and a lighter, walked up to a bunk room and set fire to some rags on the top bunk. Fury said he set the second fire after getting anxious over a text-message exchange with an ex-girlfriend about a man she had started seeing. He wanted to leave work early, so he took some alcohol wipes and set them on fire outside the submarine.


Fury said he initially lied about setting the fires "because he was scared and because everything was blurry to him and his memory was impacted due to his anxiety and the medication he was taking at the time".

Now, I’m sure by now a good many of you are just a tad pissed off. But wait, there’s more.

I have a bit of an inside connection to this whole fracas. The drydock where USS Miami has been being worked on for the previous couple months before the fires was pretty much my old backyard. By that, I mean that my old house was about a quarter mile away from the drydock. I lived in Kittery, Maine from October 1983 to January of 1988. For part of that time I lived across the street from the base entrance, but for my final couple years I lived on the base itself, on the back side by the river, a little ways off from the drydocks. I used to have 3 to 5 ships at a time with live nuclear reactors in close proximity to my front door. I’m frankly blown away that something like this could happen. 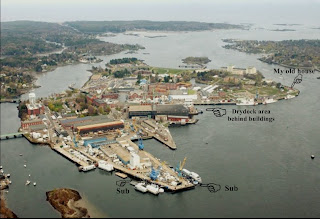 Furthermore, one of my friends from high school, who is a Lieutenant with the Newington, NH Fire Department, was one of the dozens of firefighters called to the scene. In his typically dry fashion, Tommy McQuade said, “So item #5439 on the bucket list, "Fight fire on a nuclear submarine" can be checked off now.”.

Another firefighter, Eric "Boats" Hardy of the Shipyard's own fire department, also a schoolmate of mine and a Navy veteran himself, was one of the injured. Eric hurt his back & shoulder grabbing a fellow firefighter who lost his grip in the escape trunk ladder well and was free-falling to the floor 3 decks below. Eric's quick grab saved his partner and he was able to hold him until the other firefighter was able to grab hold on his own. 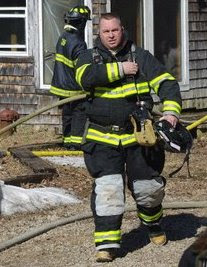 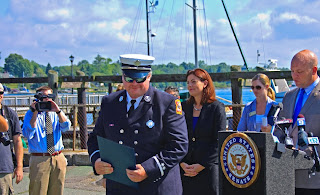 Newington Fire Lt. Tommy McQuade accept a copy of a US Senate Resolution from US Senators Jeanne Shaheen and Kelly Ayotte who held a ceremony at Prescott Park in Portsmouth recognizing the bravery and dedication of firefighters in battling the May fire at the Portsmouth Naval Shipyard on board the nuclear attack submarine USS Miami.
The more I think about this the angrier I get. Half a billion dollars in damages. A potential nuclear episode averted. Dozens of people endangered and seven injured. All because a dude went a bit nutso for a few minutes and wanted to go home.

I just want to shove this ass into the reactor!