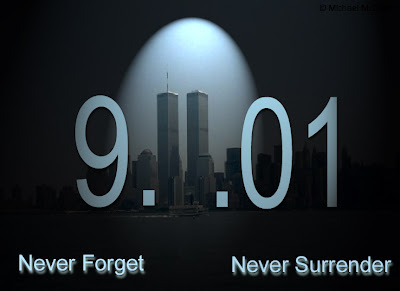 Every year for the past five years I've done a commemorative article post about 9-11.

Last year I looked at how divided we've become as a nation. Read it here.

This year, rather than dwell on the past I want to give some hope for the future. A friend of mine, Joe Steinerman, lives in the Alphabet City area of the Lower East Side and he watched 9-11 unfold from a rooftop on 25th & 5th Avenue. Over the past few months Joe has been sharing in photographs the progress being made on the new Freedom Tower going up at the old WTC site.

In my opinion, it's a more aesthetically appealing design than the boxy original towers, and it's coming along nicely. 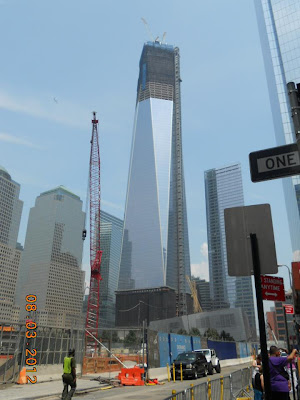 While we will never, EVER, forget what happened or those who were lost, it's also good to heal and look to a brighter future.

"But, in a larger sense, we can not dedicate, we can not consecrate, we can not hallow this ground. The brave men, living and dead, who struggled here, have consecrated it, far above our poor power to add or detract. The world will little note, nor long remember what we say here, but it can never forget what they did here. It is for us the living, rather, to be dedicated here to the unfinished work which they who fought here have thus far so nobly advanced. It is rather for us to be here dedicated to the great task remaining before us—that from these honored dead we take increased devotion to that cause for which they gave the last full measure of devotion—that we here highly resolve that these dead shall not have died in vain—that this nation, under God, shall have a new birth of freedom—and that government of the people, by the people, for the people, shall not perish from the earth."---Abraham Lincoln, excerpted from the Gettysburg Address

I also want to take a moment to mention that not everyone who died connected to 9-11 passed on that day. Another friend of mine in NYC, Dave Hawkins, lost his brother six years later. NYPD Detective Kevin G. Hawkins, aged 42, died of kidney cancer, which he contracted after inhaling toxic chemicals and materials while working hundreds of hours at Ground Zero. Detective Hawkins had served with the New York City Police Department for 20 years and was assigned to Mayor Bloomberg's Security Detail. 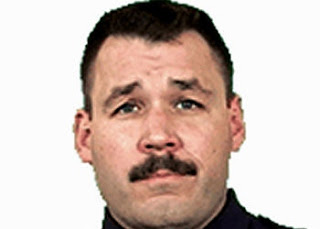 Detective Hawkins had served with the department for 20 years, and had previously served with the United States Marine Corps. He is survived by his wife and three children. Rest in peace, Kevin.

RIP, indeed. That the Islamists continued to claim good men and women after that day only further enrages me.

The tower is lovely, but I await the day that the governor and mayor can pull their heads out of their asses so the museum can also function.