Someone handed me a Leftist propaganda leaflet... 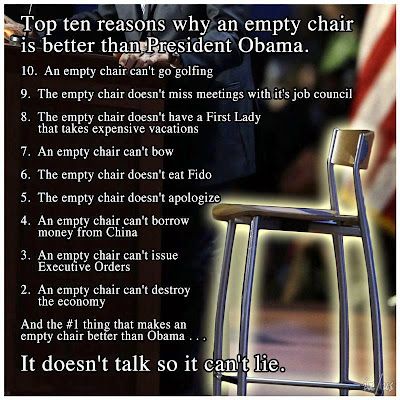 The other night while I was bringing dinner to my wife up at her work, a fellow came in and was asking directions to the Tuskegee Airmen’s monument in town. For those unaware, my sleepy little village in the South Carolina Lowcountry was once home to a training airfield for the pioneering black airmen of World War Two, and there’s a small memorial & monument up at the airfield for them.

She gave the fellow directions, and after he thanked her he started to leave but then turned around and handed a little photocopied sheet to her, me, and a couple of her customers. I fully expected it to be some religious broadsheet from the JW’s, the LDS, or some other missionary-esque sect, but it was worse…far, far worse. It was a homegrown propaganda leaflet that basically compared Mitt Romney to the Devil and urged me to vote for The Dear Leader Himself, Barack Hussein Obama, Blessed Be His Name (Obamahu Akbar!)

Take yourself a gander here at this little gem of uneducated propaganda. This self-styled Joseph Goebbels should have done some fact-checking before shelling out dough at Kinko’s to copy this crapfest. No, wait…probably copied for free on the taxpayer’s dime at a local school….. 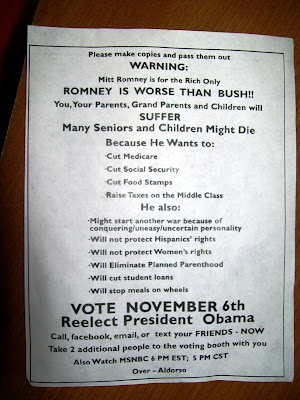 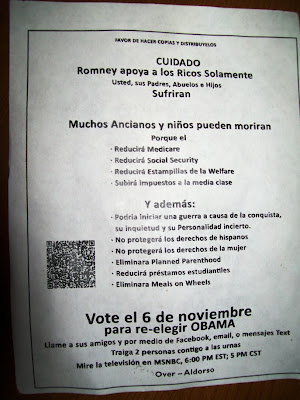 Let’s go through this, shall we?

Nope. No way. I cannot in good conscience as a loyal citizen of the United States of America, vote for him.

Unbelievable there are still so many of them out there!

Deb, living here in semi-rural South Carolina, I am deep in the heart of Clyburn Country and surrounded fully by Obama Zombies. It is frustrating to say the least.