As America celebrated what used to be Independence Day this past July 4th weekend, word was received from The People's Socialist Republic of Chicagoland that there'd been some crimes committed over the holiday.

By crimes, I mean that according to city hall 82 people had been shot and 14 people killed in greater Chicago.

Digest that for a minute. This isn't Afghanistan. This isn't Iraq. This isn't a combat zone populated by US troops. This is a major American city, a city with the most asaninely strict gun control laws in the land, prohibiting law-abiding citizens from exercising their Second Amendment right to bear arms for self-defense.

Most of the violence is taking place in a small section of the South Side.  Police call it Terror Town, a 2-block by 4-block patch of South Shore where gang conflicts have continuously erupted into shootings. A police audit of gangs identified 59 in the city with more than 650 factions on the South, West and North sides. Terror Town lies in the South Chicago police district. According to department statistics, the district had 59 shootings through May of this year compared to 37 during the first five months of 2013, an increase of 59 percent. But the problem isn't just confined to this zone; it's city-wide.

It's becoming an epidemic in cities with a long-term history of Democrat rulership. Poverty, high abortion rates, gang violence, an exceedingly high dependence on governmental handouts, and murders galore. And of course, no one is willing to tell the cops a thing.

Think this weekend is an anomaly in Chicago? Think again.

Let's go back to Easter weekend of this year. There were 45 people shot, 8 of them fatally.

The weekend before that? There were 36 shot, with four of them killed.

The weekend before that? Two killed and 25 more wounded.

Over Father's Day weekend in 2010, 54 people were shot in Chicago between Friday night and Monday morning. Ten of the victims were killed. In Chicago, nothings says Holiday Weekend like a murder spree. 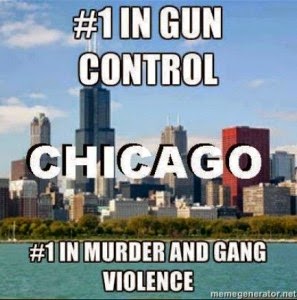 It's not just Chicago, though. At a Mother's Day parade this year in New Orleans, 21 people were shot and wounded. Police named one suspect, Akein Scott, 19, of New Orleans. New Orleans Police Superintendent Ronal Serpas told reporters that Scott was "no stranger to the criminal justice system." According to The Associated Press, Scott had previously been arrested for illegal possession of a stolen firearm, resisting arrest, and carrying a weapon while in possession of heroin. Bear in mind, you need to be 21 to legally possess a handgun but criminals care not a whit for the law, so spare me the Liberal Mantra about more gun laws and how they'll help. The laws currently in place, if and when they are enforced, do not dissuade criminals from being criminals.


How appropriate that as I write this the news comes across that former New Orleans Mayor Ray "Chocolate City" Nagin was just sentenced to 10 years for corruption and fined $82,000 restitution.

August 6, 2011 - 30 American servicemembers, including 22 Navy SEALs, were killed along with 7 Afghan special forces and an Afghan civilian interpreter when their transport helicopter was shot down in Wardak province.

March 1–18, 2002 - Eight U.S. soldiers were killed and another 72 were wounded in Operation Anaconda. Most of the casualties were sustained during the Battle of Takur Ghar when a U.S. transport helicopter was shot down and another one was so badly damaged that it had to land or risk crashing also.

June 28, 2005 - 19 U.S. special operations troops were killed in Operation Red Wings. Three of them, Navy SEALs, were killed when their four-man team was ambushed in the mountains of Kunar province. The fourth team member (Lone Survivor, Marcus Luttrell)  was missing in action for four days before being rescued. After the initial ambush the team called for reinforcements and a quick reaction force dispatched. As they approached the ambush site, insurgents fired an RPG at the helicopter carrying the QRF, shooting it down. All 16 on board were killed. Eight of them were SEALs while the other eight were members of the Army's 160th Special Operations Aviation Regiment, the Nightstalkers.

So while the military has had its bad days it's worse back home. 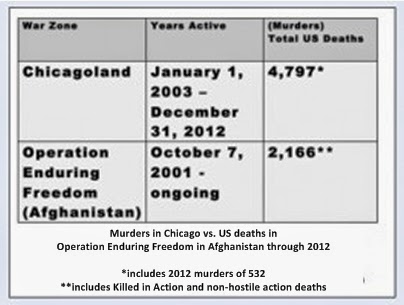 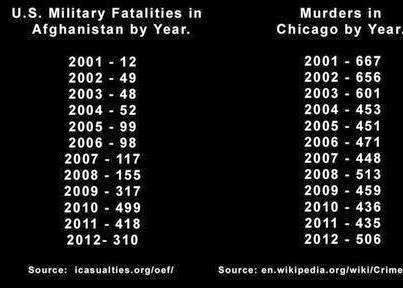 Detroit, Michigan was once the world's richest city. Now it's a devastated wasteland filled with decaying empty buildings, packs of feral dogs roaming the streets, and entire abandoned neighborhoods that are being used as body dump sites for homicides. In my lifetime I'd never seen an American city literally go bankrupt. A city that once had over 2 million residents now has less than 700,000, and with the decreased tax base, city services began to fail. City functions as simple as street lights required loans from the government just to turn them on, with half burned out by last year.

The death rate for children under the age of 18 is higher in Detroit than in any other comparable major city.  Surprisingly, homicide is only the second greatest cause of this;  infant death is the primary culprit, and that’s only if they make it out of the womb. Detroit is a city where 31 percent of pregnancies result in abortion putting Detroit on level with Vietnam, the Russian Federation and Ukraine. That's pretty much one in three pregnancies terminated. 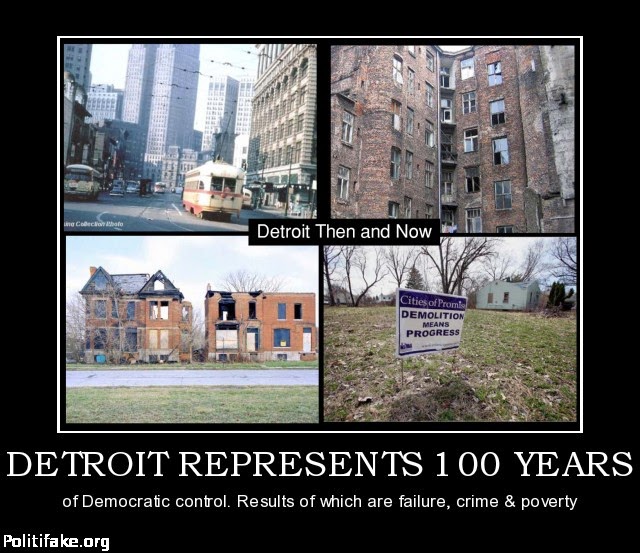 But this really isn't news anymore. I've written about this before. Go here to read about Detroit being like Hiroshima without the radiation. Go here to see to see how it's no surprise that the most dangerous cities in America are run by Democrats. Places that now carry names like Chiraq and Detroitistan...

Like I always say, insanity is best defined as doing the same thing over and over and expecting a different result. Rather than vote out the problematic leadership, rather than change the tax laws and incentives to lure business back, rather than getting people to depend on themselves and not the government, rather than turning the criminals in to the police for arrest and prosecution, rather than taking care of familial responsibilities....the people of these cities would rather vote in the same corrupt politicians, accept and expect handouts, refuse to cooperate with the police, and breed like flies and either abort the fetus or expect the state to pay for it.

Meanwhile, the President (who sometimes claims to be from Chicago) is either golfing, vacationing, or like today, off fund-raising for fellow Leftists.

Wake the hell up, America. 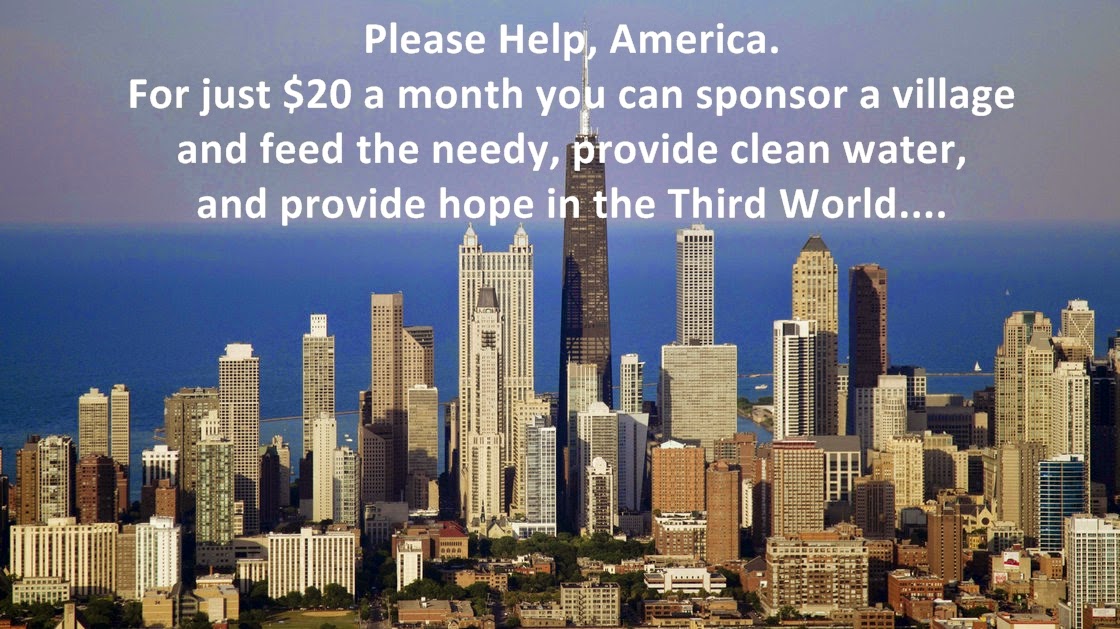 that's why they invented the chicago typewrtiter. fight crime, shoot back.