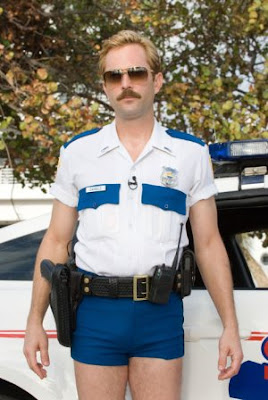 As some of you may recall, I used to be a cop. Not a regular cop, mind you; I was a Military Policeman in the United States Army, back a million years ago when the earth was still cooling.

They can still occasionally be found in serious, cop-looking cars like Chargers, Mustangs, Challengers, or a Camaro, and even for awhile the occasional Viper. 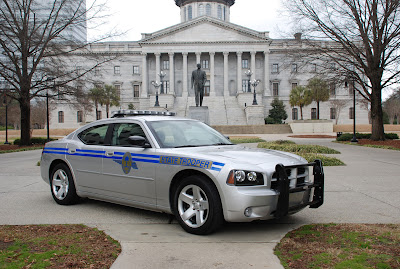 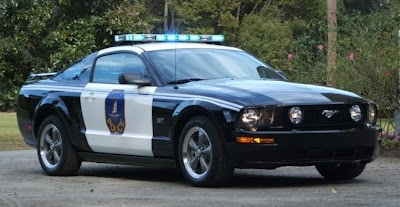 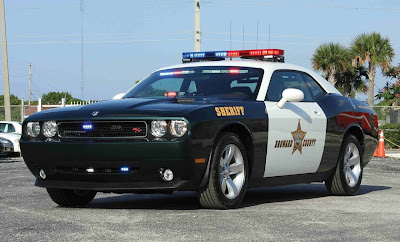 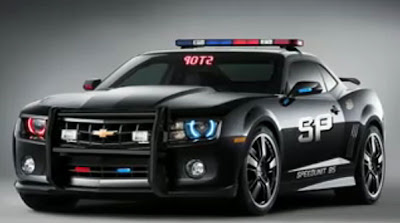 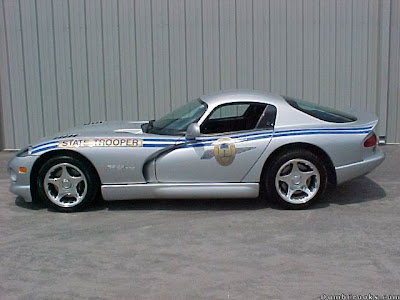 The other day I dropped by the mall to pick up Mrs. Steve's anniversary present from the jeweler's from getting re-sized, and THIS monstrosity was parked outside the mall: 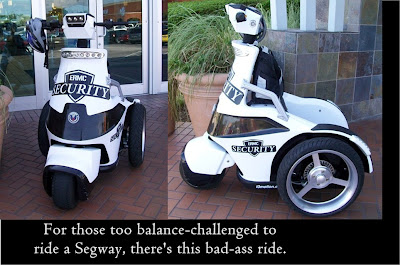 It looked like R2D2 had humped a Segway. How could any self-respecting law-enforcement professional step up onto this thing and not expect to get laughed at? 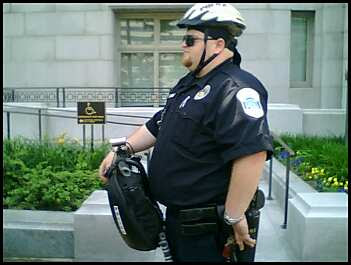 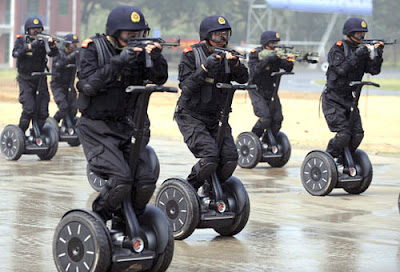 Maybe in Europe it's cool to patrol in go-karts and electric scooters.......but over here it just leads to criminals that have no fear or respect for the police. 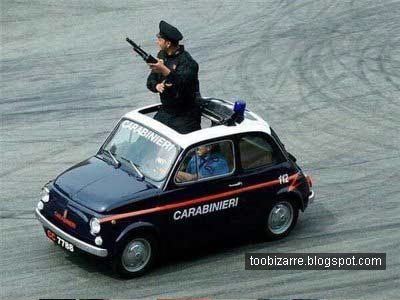 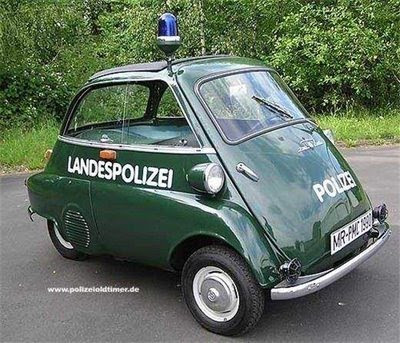 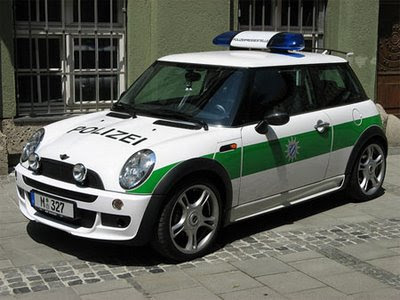 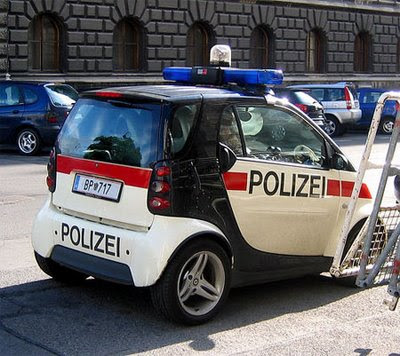 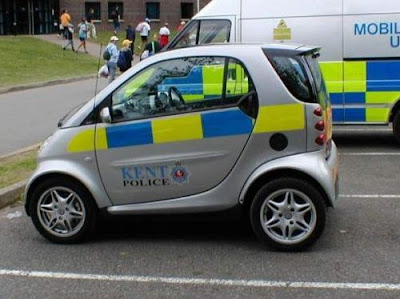 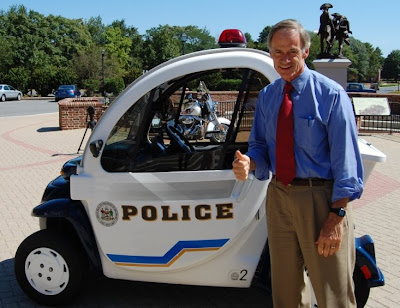 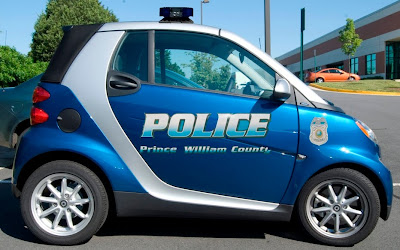 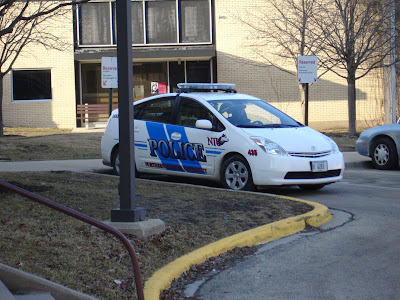 Next year the Pontiac G-8 will be resurrected from the ashes of the Government Motors meltdown and modified to be brought back as the Chevy Caprice (yeah, just rehash an old name when all else fails...it worked for the Ford Taurus) and there's gonna be a police version too.... 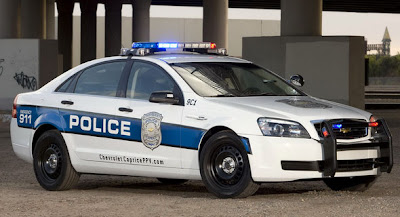 the mini cooper is sorta cool. don't think it will hold up to very much punishment however. will the little clown cars overturn if the guy holding the shotgun standing in the sunroof shoots to the side?

Those cops on the segway looked like they was pissing themselves.

My favorite police car was the 1972Fords we had. Go like a bat outta hell with no pollution control crap on the engine. 1973 was the end of fast, full size cop cars. I was in a chase in a 1980 Crown Vic and the POS wouldn't go over 45 up a steep hill.

I loved the look of cops when they wore the Sam Brownes.

You are correct; cops in bike shorts in itty bitty cars do not inspire respect.

I'd like to see a clown car in a police chase. Wouldn't last long.

HEY! I think I can outrun a Seg AND take on the fat security dude on it.

My man is a Camden City police officer. Their cars are hideous beaters but he is proud to be on the force. He gave up so much and worked so hard to get there. Now the Mayor wants to lay off 178 officers. That's not a typo - that is one hundred seventy eight, over half the force. At this point, I think he would gleefully rock the golf cart or smartcar as long as it meant he could keep his job (he's a badass Camden boy - not a pussy by a long stretch, he could drive a pink Cabriolet with a purple LED light package and still look tough). But that's not going to happen. The mayor went back on her word, Gov. Christie could care less about them or the 77 firefighters who are also losing their jobs.
The "pussification" of cops is happening at a far higher level than anyone has noticed. Our politicians don't respect or revere them - why would anyone else?
I'm heartbroken. Our dreams and plans have gone up in a puff of smoke, all because there isn't any respect for law enforcement.

Sharron, I cordially invite you both to come on down to South Carolina, where we'd welcome ya'll with open arms. The weather's better, the people are nice, you get to pump your own gas, and experienced people in the police and EMS field are always needed. Did I mention we have hockey?