Did I miss the party? 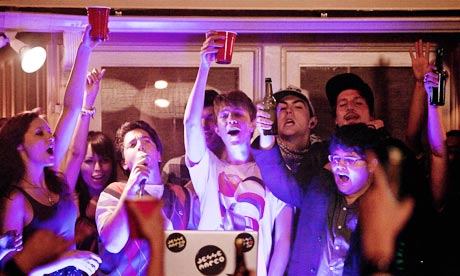 It’s hard for me sometimes to believe that I graduated high school 25 years ago, despite the little reminders I keep getting. These reminders include arthritis, silver hair at my temples, a supreme dislike for kids with their asses hanging out of their pants, and watching my classmates freak out as their kids start college or deploy the Afghanistan. I’d still rather listen to songs that came out in the summer of ’87 than what gets churned out by 99% of today’s artists, who probably weren’t even born yet when I graduated.

That said, I keep wondering if either I was a complete no-life in school or Hollywood has a somewhat skewed idea of what a high school party is. Either I never got invited to these insanely huge epic shindigs, or they simply did not exist, at least not at my high school of 450 kids in coastal Maine.

I did go to one party while I was in the Army, stationed at Fort Riley, that was a college party at someone’s townhouse near the campus of Kansas State University. I’m not sure how me and my buddy Jim got wind of this party since we didn’t really know any college people, and by & large the college kids eschewed inviting Army types (especially Army cops) to their events. There was maybe 45 people there when we arrived. The music sucked. The people sucked. The lack of any munchies whatsoever sucked. Having to pony up five bucks to the beer fund for a cliche red Solo cup and keg access sucked. So, when no one was looking, we unscrewed the beer tap, stole it, and left the party via the side gate in the fence instead of through the house. My guess is the party ended soon thereafter.

Prior to that, while in Germany I went to a basement party in town at a local friend’s place with maybe 25 people, a buffet table, and lots of beer. Nothing got out of hand, the music was never loud, and nothing got broken, as the basement was in the friend’s parents’ house and his Mutter und Vater were upstairs watching TV in their living room. It was a very polite affair, unlike the one time I tried to host a New Year’s Eve party at my own place in Germany to celebrate the coming of the 90s….Maybe 12 people, too much alcohol, and I think I set my arm on fire making a flamethrower out of a can of Binaca breath spray. 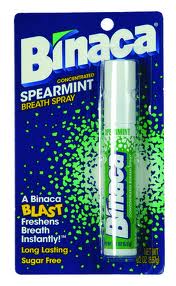 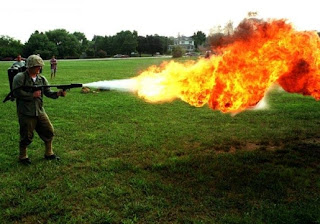 But back to high school…..

I simply never saw, or even heard about through the grapevine, about these epic parties held in someone’s huge, lavish, multi-level, 5+ bedroom McMansion with detached pool house, with 100 to 200 “guests” (invited or not), music to rival Lollapalooza, unlimited fountains of beer & liquor, and neighbors who are either deaf or ungodly understanding. Almost everyone at the party is incredibly gorgeous, unless it furthers the plotline to be less attractive. All manner of disparate social groups attend and get along perfectly in Party Utopia. The house gets trashed to the point where Servicemaster would need a week and $10,000 to clean it up, yet the place is immaculate by the time the parents get back from Jakarta or Paris or some other exotic locale. And, of course, the cops, if they ever even get called, don’t show up till 4AM when it’s all just about over.

Just look at any of the parties found in Hollywood teen films from the 80s till now….

Sure, it makes for some amusing entertainment, but…and there’s always a but. It fuels adolescent bad judgement into A) expecting teen parties to be like this,  B) entices goofballs with bad judgement to try & pull off parties like this, C) invariably disappoints when the Epic Party fails.

Most learn from this & move on. Some kids have a harder head and just try & emulate it in college (college party movies are just as insane). Then they emulate the bachelor parties. Then they end up broke, single, and in rehab.

And some kids just grow old and second guess their teen years wondering if they actually did miss something.

We had some pretty big house parties in the town where I grew up and Big keggers in the woods with hundreds of people. Today though the cops roll in just to steal the beer after everyone scatters- so I hear. There are fewer big parties too. There were many, many very big parties I remember the beginning of and even some college rugby parties I remember the beginning of. One big party I woke up to find my friend's TV in my parents living room, apparently I rescued it from another friend who stole it from him at 2 in the morning. So yes there were awesomely huge parties in my town but it gets a little sketchy with details after 9pm so you can only imagine why I quit drinking! Joel 1st ID Goppingen!

You are spot on!

Joel...I think you were *at* the party in my place....I burned the hair off my arm chasing Jim Self around!

didn't you spray binaca in your eye one time while out drinking with me?

That's a high probability....sad to say.