Fight Like a Girl: Another story of a woman in combat 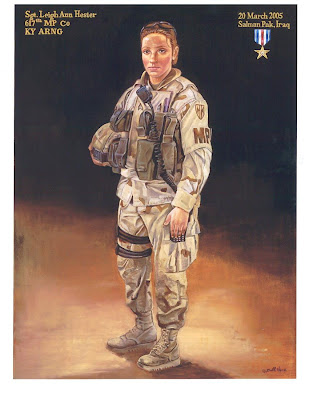 The other day when I posted my opinions on women in combat, I made mention of a combat medic named Monica Brown who was awarded a Silver Star for her actions in a firefight that saved the lives of several fellow soldiers. I was remiss in not pointing out that Brown was only the second female soldier to be awarded the Silver Star since WW2, and further remiss in not highlighting the other awardee.

On March 20, 2005 near the town of Salman Pak, Iraq, Hester's squad of two women and eight men in three Humvees was shadowing a 30-truck supply convoy when approximately 50 insurgent fighters ambushed the convoy with AK-47 rifle fire, RPK machine gun fire and rocket propelled grenades. The squad moved to the side of the road, flanking the insurgents and cutting off their escape route. Hester maneuvered her team through the kill zone and into a flanking position that cut off the enemy's escape route, where she and her squad leader, Staff Sergeant Timothy F. Nein, assaulted a trench line with hand grenades and M-203 grenade launcher rounds. Hester and Nein assaulted and cleared two trenches. During the 25-minute firefight, Hester killed at least three enemy combatants with her M-4 carbine.

When the battle was over, 27 insurgents were dead, six were wounded, and one captured. Sergeants Hester and Nein were both awarded the Silver Star. Nein's was later upgraded to the Distinguished Service Cross, an award second only to the Medal of Honor.

Also awarded the Silver Star in this ambush was platoon combat medic Specialist Jason Mike, who took up and simultaneously fired an M-4 carbine and M-249 SAW light machine gun in defense of his comrades.

I kid you not, a toy company created a commemorative action figure of Leigh Ann Hester. Pretty badass. 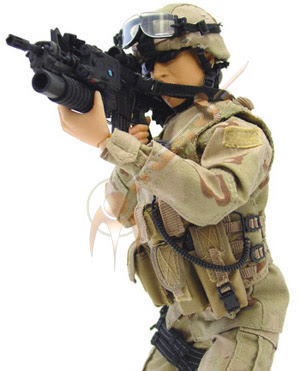 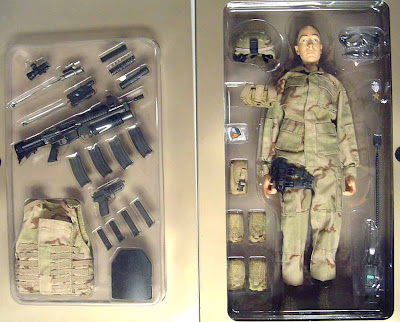 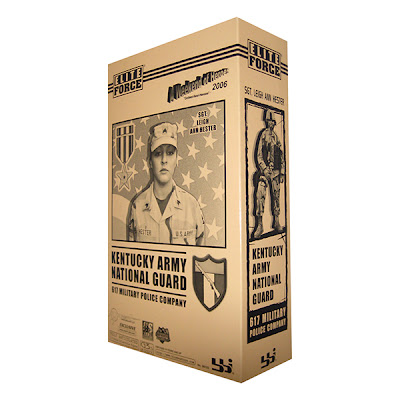 awesome, i found out about her in the WARRIOR POLICE book i still need to send you. like the action figure

What a load of crap. She had a man beside her the entire time and could not even throw a grenade properly. She is a Unicorn Outlier of an example that does not bring an ounce of femineity to the table. She is a PR beat up.

So tell us all about YOUR Silver Star, Captain Badass. Were you THERE in the same combat action to verify her ability to throw a grenade? I checked your profile page; you have an agenda against women soldiers. Sounds like you got butthurt and are taking it out on the Interwebz by trolling every article written in favor of women in combat just to make your dick look bigger. Move along.