Saying goodbye to a hero 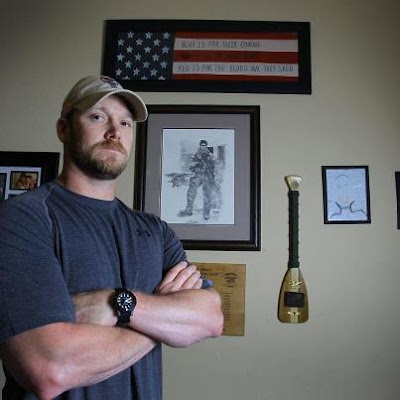 Monday, America said goodbye to a truly great American, a man who was a larger than life hero but by all accounts was a humble, regular guy. Known to his enemies as The Devil of Ramadi, where his prowess with his weapon became legendary, he left his nation's service after ten years to save his marriage and raise a family. 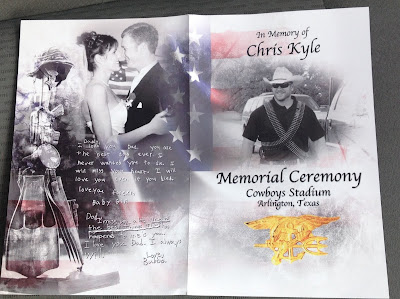 Former Navy SEAL operator Chris Kyle was killed by a veteran with PTSD that he was trying to help; he looked out for fellow troops till the end. He left behind a wife and two kids, and a nation that is just a little emptier without him.

Some 7,000 people attended his memorial service, held at Cowboys Stadium in Dallas. The crowd was a sea of uniforms, from police to fire to members of all the armed services to Patriot Guard riders in leather. 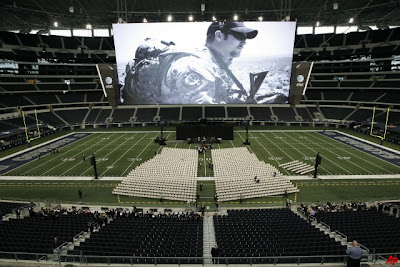 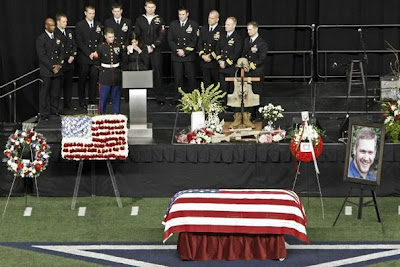 Thousands more lined the 200-mile route of the procession from Dallas to his final resting spot in Austin to pay their respects. 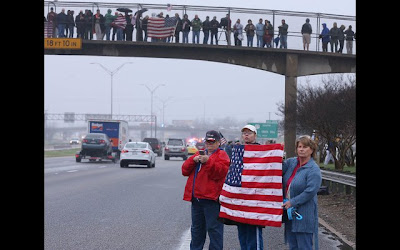 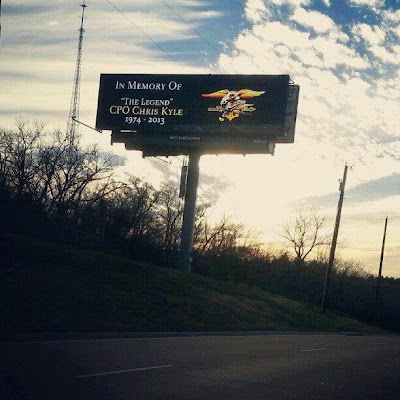 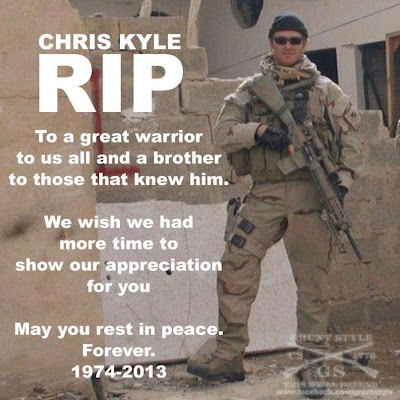 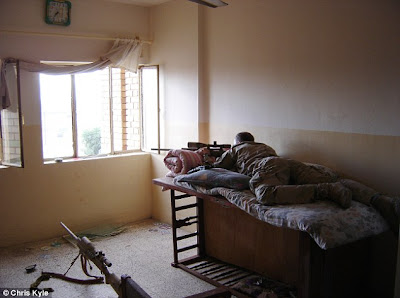