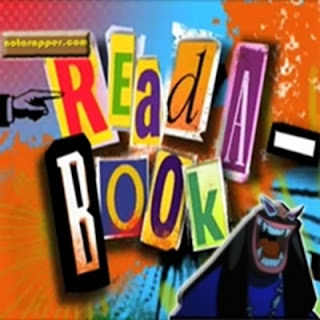 Disclaimer: In no way is this blog post intended to be a racist statement or a condemnation of any particular racial group. It’s merely an observation of things that I just have trouble fathoming. Maybe I’m just getting old?

The next commercial really floored me. It was beckoning the youth of Charleston and the surrounding metro environs to come on down to their establishment and get their new gold teeth for back to school... Whoa. Full stop. New…gold…teeth...for....school? Since when has a ridiculous grill of gold/silver/diamond teeth been a back to school necessity? New pants, sure. New shoes? Of course. Maybe even a new backpack. But a mouthful of freakin’ fake teeth? What the hell kind of priority is THAT?

A few months ago I was having a serious intellectual discourse with my friend Eric about how odd I found it that folks would put 8 grand worth of stereo gear and giant spinning wheels on a $500 car, and pay to have someone wax that $500 car every Friday afternoon to a glossy shine that rivals their gold teeth. It’s as if to say “I may live in a cardboard box but I have a fly-assed ride!” To which Eric, who many times has jokingly called himself “The Blackest Man In Walterboro” just shook his head and said to me “ A lot of us black folks have seriously messed up priorities”.

Back in 2004, Bill Cosby (who holds a doctorate in Education from the University of Massachusetts) was both criticized and praised for his scathing and controversial critique of his observations of the parenting skills and personal values of low-income black people given during a speech delivered at the NAACP's May 2004 commemoration of the fiftieth anniversary of Brown v. Board of Education. Cosby stated “They're standing on the corner and they can't speak English. I can't even talk the way these people talk: 'Why you ain't,' 'Where you is' . . . And I blamed the kid until I heard the mother talk. And then I heard the father talk." And further went on to say “Ladies and gentlemen, listen to these people. They are showing you what's wrong. People with their hat on backwards, pants down around the crack. Isn't that a sign of something?”

And while listening to the Rusty Humphries show on talk radio, there was a heated discussion going on about a song that started off on YouTube and MySpace, and migrated to BET, by a man called Bomani Armah, a self-described “poet, not a rapper”. The song is called “Read a Book” and is marketed under the pen-name D-Mite. Picking up where Cosby left off, the song is a blistering attack on the priorities of the African American community, admonishing listeners to read books ("not a sports page, not a magazine"), "raise yo' kids", drink water instead of 40-ounce malt liquors, buy land instead of spinning wheels, use deodorant, and brush their teeth, in a satire of Lil’ Jon’s crunk-style songs which advocate a more "gangsta" lifestyle, set to a loop of an excerpt from Beethoven's 5th Symphony. The animated video is available here, and I urge you all to please watch it. Never in my life had I heard such a withering satire against one’s own community: http://www.youtube.com/watch?v=rN2VqFPNS8w .

Of course, us white folks can have some interesting priorities too, such as the non-stop wearing of Mossy Oak camouflage on everything from hats to shirts to boots to undies, and that dammnable “GIT R DONE” plastered everywhere. I see all manners of messed-up living just a couple miles from my own front door. Driving along one local road there’s a section I call The Compounds. Each compound (there’s 3 or 4 along this stretch) is an area of about 2 acres where several ramshackle trailers and sheds are placed close together at seemingly random angles, with yards strewn with debris, detritus, dead cars, and several dogs. All that’s missing is a banjo. And a mile or so down the road from The Compounds is this little single-wide on a very small lot with a Lexus SC 430, a Hummer H2, a Chevy Silverado, and a 24-foot pontoon boat parked out front. About $150,000 in hardware in front of a $20,000 tube. It wouldn’t surprise me in the least to find a set of truck-nuts somewhere in that menagerie.

If all your priorities are locked up in outward appearrances and trying to impress everyone around you, people who don’t pay your bills or feed your family, and when you can barely speak or write proper English, let alone read an actual book, then maybe it’s time to take a good long look at your priorities. And here’s a link to the New York Times best-seller list so you, too, can READ A BOOK: http://www.nytimes.com/pages/books/bestseller/index.html
Posted by Steve: The Lightning Man at 8/26/2007 07:13:00 PM

Email ThisBlogThis!Share to TwitterShare to FacebookShare to Pinterest
Labels: d-mite, read a book