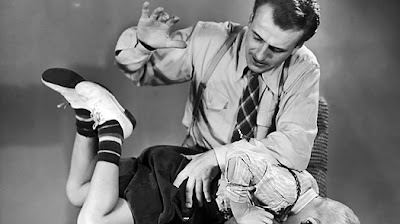 It took a couple days to hear back from Google, and a couple more for me to finally have the time to rectify the situation, but I am now in compliance with the DMCA, it seems, or at least I hope so.

As you'll remember from my last post, I received a NastyGram from the Google Team, who runs Blogger, with thinly veiled threats and legal gobbledygook about my blog post about how Detroit is a wasteland. It seems that someone took offense that one of their pictures was used sans consent and filed a copyright infringement complain against me for using the picture.

Thus began a six day adventure of trying to ascertain exactly what picture it was so that I could remove it and re-publish my blog post that ended with me sending an exasperated and somewhat snarky & sarcastic email to Blogger's support staff that finally resulted in a reply letting me know what I needed to delete to remove the death sentence hanging over my head.

Turns out it wasn't even a picture of Detroit that was the object d'complaint, but rather a gritty shot of a scummy Baltimore ghetto.  I have since removed said picture and replaced it with three more, giving credit to the blog I borrowed them from.

Y'know, I could see bitching if my blog was a commercial site generating revenue and filthy luchre for my evil capitalist vast right wing conspiracy, but I do this blog for FREE. I don't even take advantage of the numerous offers from Blogger to utilize AdSense to monetize my blog and tantalize you with ads whilst filling my coffers one penny at a time. I write because I enjoy it and because it's cheaper than therapy and easier on my liver than gin. The blog amuses and informs my readers. I use humor to get my point across. And y'know, all the guy had to do was email me; the address is in my Blogger profile. Drop me a line, human to human, and say "Hey, dude, can you remove my pic or at least give me credit?" and I would have gladly done so. I'm pretty reasonable.

I almost added a link above to the pic on his site so you readers would know what the picture was that I used and started this whole mess, but considering the hassle brought upon me by the picture's owner in the first place, I figured a lawsuit would come out of it.