The REAL Person of the Year 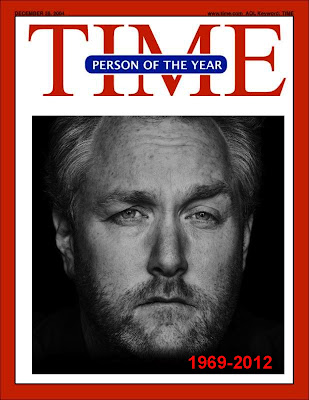 As usual, those Liberal Clowns at Time Magazine got it wrong. As expected, they pandered to the masses, the ignorant sheeple of America, in a bleak & meager attempt to draw readership to their increasingly irrelevant rag and declared that His Holiness The Dear Leader, The Obamessiah Himself, B-Hussein Obama (Blessed Be His Name) was Time's Person of the Year.

Then again, they also declared Hitler to be Person of the Year in 1938 and that worked out well. In 1931 it was Pierre Laval, who ended up surrendering France to Hitler and headed the Vichy government. He signed the orders to send  Jews in France to the concentration camps. In 1939 they declared Uncle Joe Stalin to be Person of the Year. Later they repeated that "honor" in 1942 to suck up to the Russians as allies against Hitler.

Andrew was a true patriot who took huge risks to expose the crooked and evil regime for what it was, and to show America what Liberalism, Progressive Socialism, and Democrat Corruption were doing to this country. I learned so much from his efforts. His exposing of ACORN and exposing the Anthony Weiner scandal inspired me to keep fighting against those who are trying to destroy this country.

Andrew had balls the size of cantaloupes. He took on The Left head on, fearlessly and tirelessly. He was truly an inspiration. I would have loved to have met him.

I was stunned and completely taken aback by his death. It was so unexpected and out of the blue. He was only a couple months older than me. Sadly, my first thought was that the Left had taken him out.

His leadership is missed, but his light still burns brightly in the hearts of millions of good Conservatives across America. Keep calm; Andrew expects us all to carry on. 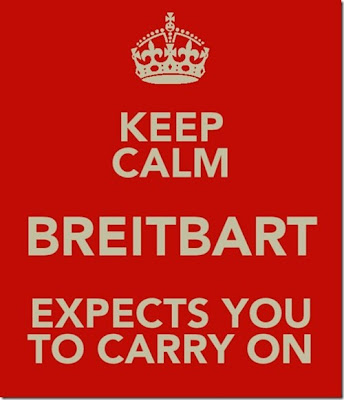 Email ThisBlogThis!Share to TwitterShare to FacebookShare to Pinterest
Labels: Andrew Breitbart, person of the year

Have they not investigated his death adequately?

Indeed...they said it was heart failure. What I was meaning was that it was sad that my first thought was that he'd been taken out, considering how hated he was by The Left. But it was natural causes.

Conspiracy theories aside, Breitbart was a remarkable, reliable resource. We need more like him, especially with what's going on these days!

At least TIME is consistent in their wrongness/ idiocy.