Revisiting Harold Estes and his Letter to Obama 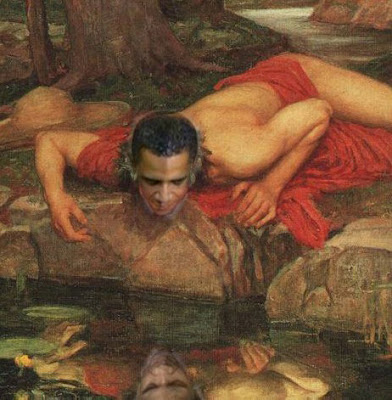 I really don't know how this ever escaped my attention when it was first news, but since our Dear Leader is returning early from his latest $4,000,000 vacation to Hawaii, where he stopped relaxing just long enough to turn a eulogy of the late Senator & Medal of Honor recipient Daniel Inouye into a speech about himself, mentioning himself no fewer than 63 times, I thought I'd pay respects to another WW2 veteran who was laid to rest in Hawaii. 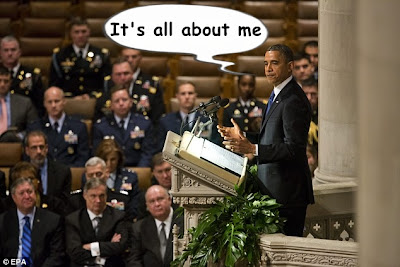 On Tuesday, May 11, 2011, America lost retired Master Chief Boatswain's Mate Harold B. Estes, a man who gave more than 20 years to the Navy and continued to work for years to help create the USS Missouri and USS Bowfin memorial museums to Pearl Harbor. Harold was also famous for a stinging rebuke of Barack Obama in a letter to The Dear Leader in 2009. I have reprinted the letter below. Maybe it will remind the President that he works for US, not vice versa.

My name is Harold Estes, approaching 95 on December 13 of this year. People meeting me for the first time don’t believe my age because I remain wrinkle free and pretty much mentally alert.

I enlisted in the U.S. Navy in 1934 and served proudly before, during and after WW II retiring as a Master Chief Bos’n Mate. Now I live in a “rest home” located on the western end of Pearl Harbor , allowing me to keep alive the memories of 23 years of service to my country.

One of the benefits of my age, perhaps the only one, is to speak my mind, blunt and direct even to the head man.

I am amazed, angry and determined not to see my country die before I do, but you seem hell bent not to grant me that wish.

I can’t figure out what country you are the president of.
You fly around the world telling our friends and enemies despicable lies like:

” We’re no longer a Christian nation”
” America is arrogant”

– (Your wife even announced to the world,” America is mean-spirited. ” Please tell her to try preaching that nonsense to 23 generations of our war dead buried all over the globe who died for no other reason than to free a whole lot of strangers from tyranny and hopelessness.)

I’d say shame on the both of you, but I don’t think you like America, nor do I see an ounce of gratefulness in anything you do, for the obvious gifts this country has given you. To be without shame or gratefulness is a dangerous thing for a man sitting in the White House.

Which ones did you mean? Was it the notion of personal liberty that 11,000 farmers and shopkeepers died for to win independence from the British? Or maybe the ideal that no man should be a slave to another man, that 500,000 men died for in the Civil War? I hope you didn’t mean the ideal 470,000 fathers, brothers, husbands, and a lot of fellas I knew personally died for in WWII, because we felt real strongly about not letting any nation push us around, because we stand for freedom.

I don’t think you mean the ideal that says equality is better than discrimination. You know the one that a whole lot of white people understood when they helped to get you elected.

Shape up and start acting like an American. If you don’t, I’ll do what I can to see you get shipped out of that fancy rental on Pennsylvania Avenue . You were elected to lead not to bow, apologize and kiss the hands of murderers and corrupt leaders who still treat their people like slaves.

And just who do you think you are telling the American people not to jump to conclusions and condemn that Muslim major who killed 13 of his fellow soldiers and wounded dozens more. You mean you don’t want us to do what you did when that white cop used force to subdue that black college professor in Massachusetts , who was putting up a fight? You don’t mind offending the police calling them stupid but you don’t want us to offend Muslim fanatics by calling them what they are, terrorists.

One more thing. I realize you never served in the military and never had to defend your country with your life, but you’re the Commander-in-Chief now, son. Do your job. When your battle-hardened field General asks you for 40,000 more troops to complete the mission, give them to him. But if you’re not in this fight to win, then get out. The life of one American soldier is not worth the best political strategy you’re thinking of.

You could be our greatest president because you face the greatest challenge ever presented to any president.
You’re not going to restore American greatness by bringing back our bloated economy. That’s not our greatest threat. Losing the heart and soul of who we are as Americans is our big fight now.
And I sure as hell don’t want to think my president is the enemy in this final battle…

thanks for sharing, strange how many of us feel this way and the bastard got reelected.