Defining my Blog's Philosophy for my Detractors, Few They May Be. 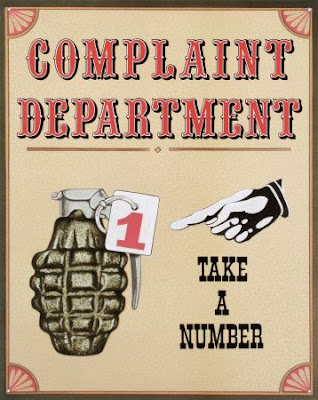 “The best part of blogs like this is that the mere existence of President Obama drives you drooling dittohead rightwing nuts crazy. I love it!” --- some anonymous asstard

That, dear readers, was the comment I received on my blog one afternoon after a post about idiocy in the current Presidential administration. Everyone’s entitled to their opinion; hell, my entire reason for writing is to give my opinion. However, I have to take umbrage here for a couple of reasons.

Firstly, the reader left no name or return email address. It was an anonymous drive-by. I’ve posted nearly 325 blog posts in the past couple years, averaging a post every three days or so when you jostle the numbers, which when you consider the fact that I have a full-time day job and only get to write a few hours a week isn’t too shabby. I don’t get paid to do this blog. I’m not a professional writer, although I’d dearly love to get paid to do what I’m doing. Anyways, in those 325+/- posts, I’ve received exactly three negative comments and one comment that was nitpicky enough to be borderline.

Two out of three of those anti-Steve comments were anonymous. Only one person had the cherries to publicly refute what I was writing about. Justin in Colorado, I respect your different viewpoint and wish you well.

If you’re gonna give me a ration of shit, have the stones to man up and not do it under the sissy-assed cloak of anonymity. And back up what you say; don’t just wander by and say something dickish and then drift back into your spider-hole. The other negative comment I received anonymously was from some cop who was pissed off that I pulled no punches and called out those in law enforcement who drive like idiots while expecting the rest of us to obey every rule to the letter of the law.

The second problem I have with the comment was that hey labeled me a drooling dittohead right-wing nut. Where to begin?

I only drool in my sleep. I’m a tad too erudite and educated to be considered a slack-jawed cretin.

Dittohead? I call bullshit on that one. I listen to Rush Limbaugh on occasion but not daily and sure as hell am not one of his die-hard “ditto-head” fans. In fact, I’ve called Limbaugh out several times for his rhetoric. I agree with much of what he espouses but he does go over the top sometimes. He’s so far right-wing that he’s fanatical. His zeal for the Republican Party rivals the fervor that Islamists have in their hatred of all things non-Muslim. I don’t blindly follow Limbaugh, or Anne Coulter either.

I do consider myself a Conservative and vote Republican. However, I am not a card-carrying member of the Republican Party. I don’t feel that I owe a party any fealty. I vote Republican but I’m not some sort of ultra-right-winger. I have certain aspects of my belief system that aren’t exactly in live with the Republicans and some that are.

I favor a strong military and a smaller government. I believe in legal immigration and assimilation instead of letting in any and every live body that sneaks into our country. I don’t favor a giant welfare state and don’t favor more and more taxes and bailouts and ginormous debts.

Unlike most Conservatives, I’m not a Bible-thumping Christian. I’m pretty agnostic and non-commital on religion. I find that organized religion does more harm than good worldwide. You wanna know what I believe? Go Google up Flying Spaghetti Monster and that’ll do it. I’m a Pastafarian.

Unlike Republicans, I’m not anti-abortion. For that matter, nor am I pro-abortion. I am, however, pro-choice. Look, face facts like an adult: abortion is a legal procedure and people are gonna get them. You don’t have to like it. But if you outlaw them, people are still gonna get them, underground and illegally in seedy back-room shanty clinics with no sterile equipment or licensed medical practitioners present. I’m not going to argue the semantics of when Life begins.

On the Conservative side, I favor the death penalty under certain conditions, and feel the system needs to be revamped so that convicts don’t bleed the system dry on Death Row for 25 years before they get executed. However, I also feel that certain offenses should probably not warrant mandatory jail time to alleviate the overcrowding in jails. And for those that remain in jail there needs to be genuine rehabilitation and serious counseling, instead of just letting the prisoners sit around forming gangs, lifting weights, watching TV, and buggering each other.

I’m very much pro-gun and an advocate for responsible gun ownership and owner education. Not every citizen out there is really qualified to responsibly own a firearm.

I eat meat. So there. However, I don’t hunt. I have yet to bring myself to go kill something. I target shoot and own a firearm for self-defense.

Unlike most Republicans, I’m just fine with gays and gay marriage. It’s hard enough to find someone to love and that you can stand to be with in a committed relationship, whether you be straight or not. You can’t help who you fall in love with. Being gay isn’t a choice.

And lastly, I already said before that I don’t hate Obama. I hate the stupid shit he’s doing. I covered that in another blog already. Do I hope he fails? In retrospect, yes, now I do. If he succeeds, we're doomed.

So there you have it. I’m a pretty moderate common-sense conservative with an open mind and a low tolerance for bullshit and stupidity. I love my country and hate what’s happened to it, so if you feel the need to talk shit about me, at least man up about it. 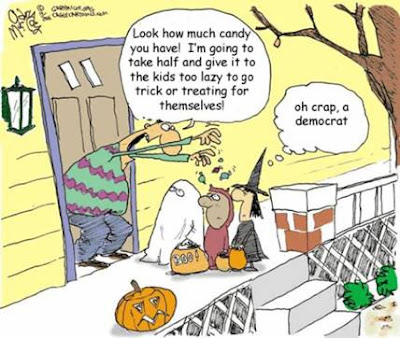