Shall we break out the Royal Burka? 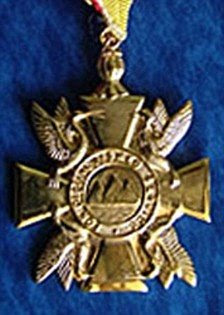 Once again, England bends over and takes one in the ass, as it withdraws a medal personally established by the Queen for the former colony of Trinidad and Tobago after it was deemed offensive to Muslims and Hindus.

The medal, known as The Trinity Cross of the Order of Trinity, has been ruled unlawful and too Christian. Never mind that England is (or was, it seems) a Christian country, as was their island colony.

It has been awarded to 62 distinguished residents of the former colony over the past 40-plus years, including cricket players Brian Lara and Garfield Sobers, novelist V.S. Naipaul, and many diplomats and politicians.

Groups representing the Islamic and Hindu communities of the islands, which account for around a third of their 1.3million population, had argued that the words 'Trinity' and 'Cross' were 'overtly Christian'. They also said the use of a cross itself was offensive.

Five British law lords, all members of the Privy Council, have ruled that the honor breached the right to equality and the right to freedom of conscience and belief. The Council, an obscure body made up of senior politicians, bishops and parliamentary peers, advise the monarchy on the use of the Royal Prerogative and act as a final court of appeal for many former colonies.

In the judgment, Lord Hope of Craighead said that the Trinity Cross was “perceived by Hindus and Muslims living in Trinidad and Tobago as an overtly Christian symbol both in name and substance” and as such breached the islands' constitution of 1976.
It will be replaced with the Order of the Republic of Trinidad and Tobago, a circular medal featuring a sun, stars, water and a map of the islands. 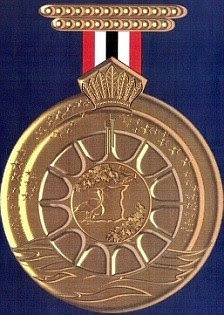 Anand Ramlogan, a lawyer for the Maha Saba Hindu association, said of the decision: 'It's a vindication of the 40 years of disquiet and unease silently suffered by the Muslim and Hindu communities whose legitimate grievance with the Trinity Cross was flippantly dismissed by successive governments.'

The implications of the ruling are being studied by lawyers in the Cabinet Office, which oversees the honors system. Hugh Peskett, editor-in-chief of Burke's Peerage and Gentry, warned that changing the names of titles to remove Christian references would destroy hundreds of years of history. 'Part of the significance of an honor is its antiquity,' he said.

Queen Elizabeth II is due to visit Trinidad and Tobago, which was granted independence in 1962, in November for the Commonwealth heads of government meeting. I wonder if the residents of her former colony will expect Her Majesty to wear a burka? Perhaps they should all stop speaking English, too? That might be too Christian. And quit sending teams to the Olympics; those tiny little track shorts are an affront to Allah.

Y’know, if you’re offended by an award, you don’t have to accept it… 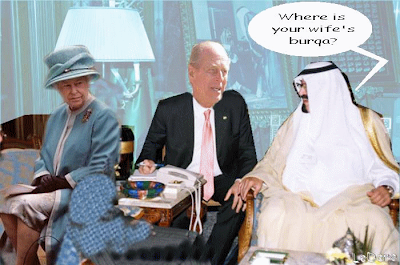 Good God. Where will this dhimmitude end?!?

how horrific!..keep the faith my friend!