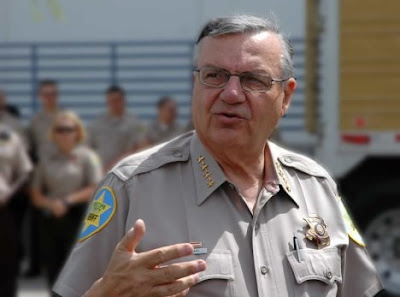 I dunno how this managed to escape my notice last month. Seems that noted liar, blowhard shit-disturber, and anti-Semite Al Sharpton had planned a protest against Sherrif Joe Arpaio of Maricopa Couny, Arizona.

Joe took umbrage at the plans, but invited the esteemed reverend to drop by anyways. The letter Joe wrote was priceless. Wonder when Al's gonna come by for tea & crumpets? 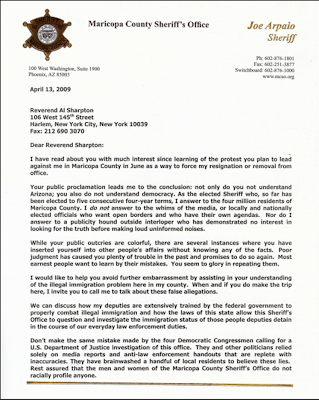 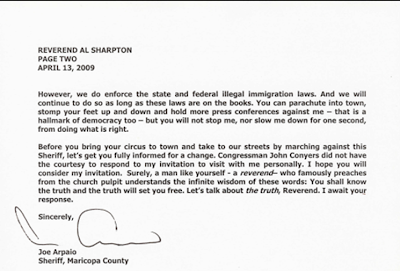 o garsh hun..Dont even get me started on Al Crapton!

No coverage by the MSM, as usual.