And they all said that Bush was ignorant...(with guest blogger Jim) 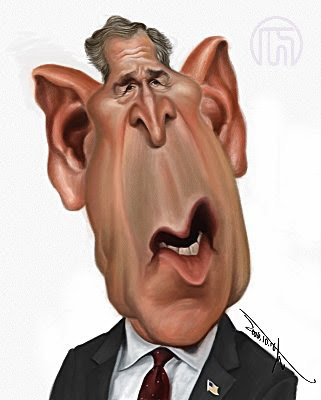 Cartoons about his big ears. Skits on SNL about his poor grammar. Citizens singing "Hey, hey goodbye" to him at the coronation of The Lincoln of our Times™ (or worse, what with the drubbings the rappers gave him.)Go and see:
http://mojosteve.blogspot.com/2009/01/aww-who-needs-old-war-heroes-anyways-we.html

George W. Bush couldn't draw breath without the Left telling us how stupid he was. When John Kerry ran against him in ‘04, we found out W had better grades at Harvard than the reluctant Vietnam War "hero". Didn't matter; W was still the buffoon. 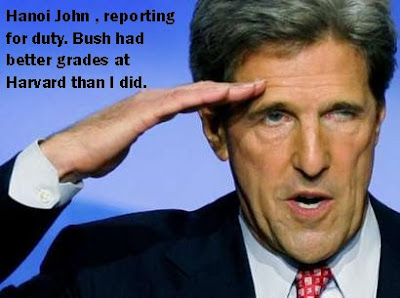 In the 2 months since Mr. Lincoln II has gone to Washington, I've seen more dumb shit than I could shake a stick at. Bill Richardson, Kathleen Sebelius, Tom Daschle, Tim Geithner and others---tax cheats. Hillary Clinton blaming gun shows in the US for Mexican-on-Mexican violence in MEXICO. The gift of DVDs to British PM Gordon Brown that can't even be played on European machines (PAL vs. NTSC), giving the Queen an iPOD. Isn't that a stocking stuffer for your kid at Christmas!!!!!???

Hope he didn't pre-load it with Young Jeezy, Flavor Flav, and 2 Live Crew, Your Majesty. (Wouldn’t want the royal ears to hear “Hey We Want Some Pussy)

And just when you thought it couldn't get any worse, Stupid bows to the King of Saudi Arabia. You know, the guy whose cheek W kissed when he visited after 9/11? It’s in all the conspiracy films. Believe it or not, there is a real difference. SUBJECTS bow, FRIENDS kiss checks in their culture. So all Obama did was make himself look subservient to Saudi Arabia in the eyes of pretty much everyone in the Middle East. Way to go, boss. Anyone remember back to their military training? While we saluted foreign officers out of respect, there was a protocol. Our palm down, their palm raised upright, (British, German) because we had defeated them in battle. The Libs tell us this guy/king is our enemy, (and he very well may not completely be our friend 100% of the time. I mean, 15 of 19 hijackers on 9-11 were Saudis) but our self-aggrandizing leader bows to him the first chance he gets. Think I'm bullshitting? Check for yourself at AMERICAN THINKER or on YOU TUBE. 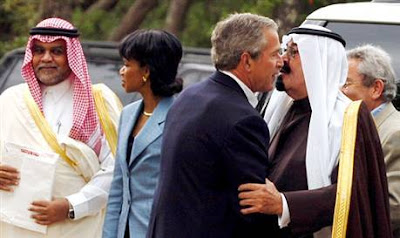 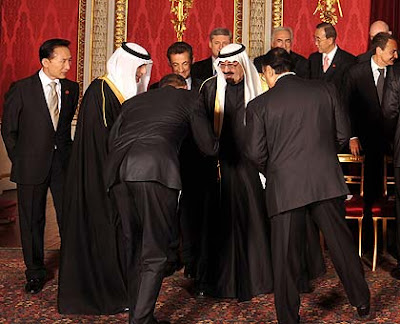 Maybe I'm wrong. Maybe he was having another Special Olympics bowling moment. This guy really looks smooth, suave, and hip, just like the mainstream media portrayed him during the campaign. Actually, I think he’s given birth to a whole new generation of Ugly Americans.
--------------------------------------------------------------
Additional Commentary from MojoSteve:
Yeah. Okay. For a guy who’s supposedly so damned brilliant, Obama has surrounded himself with dolts and tax cheats and Clinton Administration retreads. Half the people he’s nominated to Cabinet positions (some of them newly made up) have had to back out due to failure to pay taxes, and others have survived their tax failures and settled into their seats of power, expecting you & me to play by the rules that they flaunt. Nancy Killefer was gonna be the new Chief Performance Officer (whatever the fuck THAT is) but she’s a tax cheat. Tom “Dash-hole” Daschle withdrew from consideration as Health & Human Services Secretary. New Mexico Governor Bill Richardson was on the short list to for both State and Commerce, and withdrew over a grand jury investigation into ethics and the awarding of contracts to his supporters. 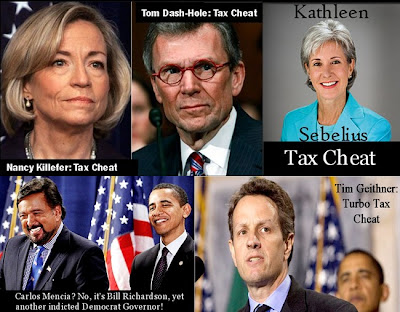 Alleged financial wunderkind Tim Geithner is now the SecTreasury, but is such a financial imbecile that he “accidentally” cheated on his taxes due to an inability to operate TurboTax. Kansas Governor Kathleen Sebelius is the latest nominee to the poisoned post of HHS, and she has tax problems. And what in the HELL is Arizona Governor Janet Napolitano doing as Secretary of Homeland Security? Is this a joke?

She couldn’t keep illegals out of her own state so how in the hell can we expect her to secure the entire nation? Arizona’s biggest import is Mexicans, followed by dope. Arizona’s biggest export to other states is Mexicans, followed by dope. She has the fucking audacity to call the Global War on Terror a “contingency”, and terrorism is now simply a “man-caused disaster”. What kind of politically correct bullshit is that? Why not just call it an Oopsie, or a Mildly Unpleasant Misunderstanding? 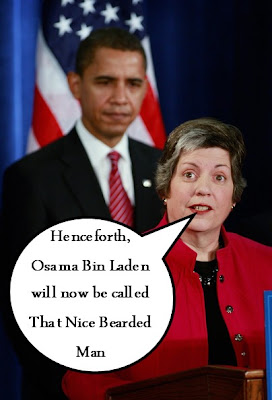 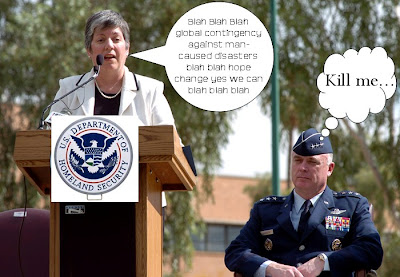 And Shrillary Clinton…her and Obama were at each other’s throats all through the elections, and now they play all nicey-nice as she kow-tows to various foreign hosts and places all the blame for Mexico’s drain-circling on our shoulders. Maybe she’s just purposely assing it up to make Obie look bad? 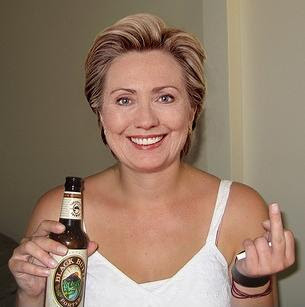 And lest we forget Barney “Buddy Hackett” Frank and Nasty Nancy Pelosi and Dianne Feinstein and Dirty Harry Reid…and that embarrasment Joe Biden...gawd, it took 233 years to get us here as a nation, and less than 90 days to derail the American Dream. Hope and Change!!! Yes We Can!!! 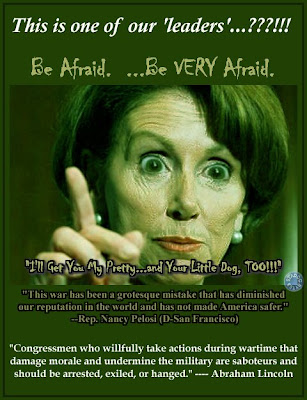 Hey, David Letterman; for 8+ years W has been mentioned in 90% of your lame-assed Top Ten Lists as the butt of your Liberalisms. When can we expect to see you adding your new Lord & Master to the lists? 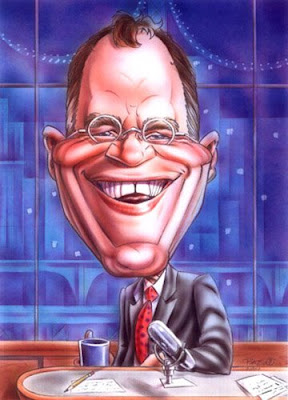 The best part of blogs like this is that the mere existence of President Obama drives you drooling dittohead rightwing nuts crazy. I love it!

s'ok..Hussein is busy in Europe trashing America..what a horror show!!

I actually beg to differ, My Misguided Anonymous Drive-By. Not even brave enough to leave a name or anything.....*sigh*......

I'm not exactly right-wing. I'm rather conservative, but far from militant about it. I have a lot of non-conservative views, such as being pro-choice and in favor of gay marriage. I'm sure as fuck not a DittoHead; I really don't like to listen to Rush Limbaugh because I feel he's a complete Republican rhetoric mouthpiece. In fact, I've been very critical of him in the past. I even did a recent blog stating that I don't hate Obama nor do I want him to fail. Making a knee-jerk comment the way you did, in an anonymously drive-by manner and without anything to back it up just shows me the rationale of a flaming Liberal asstard. Way to go.

Over three hundred blogs written in the past couple years, and only three negative comments in all that time. I must be doing something right, I guess.