How I spent Earth Day 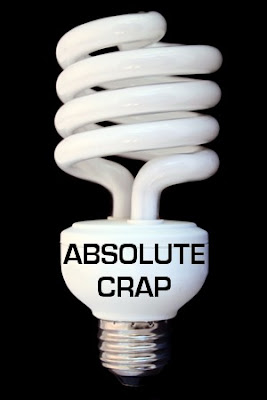 I was a bit too busy last week to blog about Earth Day.

I did however spend Earth Day trying to type up something in my living room, where my laptop is set up over in the corner, trying like hell to see in the dim light provided by some shitty Compact Fluorescent Light Bulb, lovingly provided free of charge in the mail by some organization or other.

It gives off perhaps half the brightness of the bulb it replaced, causing us to often leave on a second overhead light fixture across the room with a regular bulb, using more electricity by running two bulbs than I was using by running one regular incandescent bulb.

Perhaps the green movement would be happier if we all just turned off all the lights and roamed the house wearing night-vision goggles. 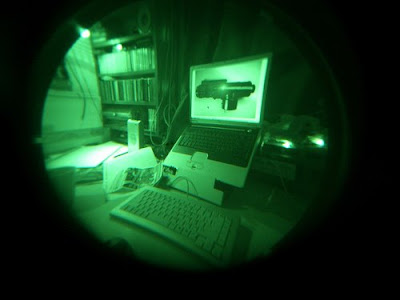 Green Movement, my ass. It’s another trendy bullshit marketing ploy. It started off as a great idea, and I wholeheartedly support a healthy environment and preserving Nature, but Global Warming is a farce and now the whole Green thing has just become a giant moneymaking scheme.

With the economy all jacked up, corporations are looking for any and every way to get what little money you have and put it in their coffers. Right now, the best and trendiest way is to call something Green. Green homes, Green living, Green this and Green that…..cleaners, laundry detergent, dishwashing soap, diapers, baby wipes, tampons, recycled toilet paper, tissues, and paper towels…if they can slap a Green label on it, they’ll sell it.

Sadly, they did the same thing with the pink ribbons for breast cancer awareness. After awhile, it ceased being a tool for increasing awareness and just became a schtick for selling anything and everything. I shit you not; I saw the pink ribbon on Jello boxes and on cheap plastic measuring cups. What exactly does Jello have to do with breast cancer awareness? As the child of a breast cancer survivor I found the use of the ribbon as a cheap fashion statement and advertising tool to sell trinkets, baubles, and bullshit measuring cups to be a tad nauseating. 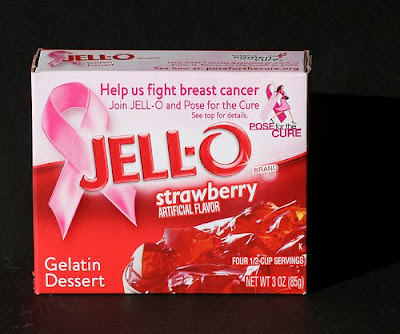 Didn’t someone show in a study that it did more damage to the environment to make a hybrid like the Prius? Or that it cost more to own & operate a Prius than it did a Hummer? I hope I don’t get cancer from all the mercury in the compact bulbs or the toxins in the batteries on all the hybrids driving to and fro….what the hell color ribbon do I get for being killed by the Green Movement? 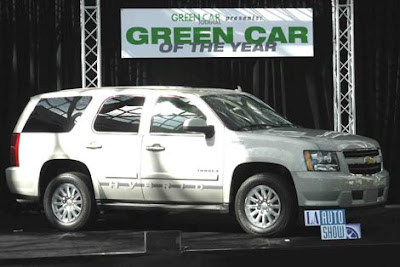 Y’know what? The guy who was one of the founders of Earth Day was Ira Einhorn, who killed his girlfriend and stuffed her in a suitcase and then eventually fled the country. You should Google his name because I don’t have the patience right now to shoot you the backstory. The day he was arrested was the day of the incident at Three Mile Island. The environmentalist killed more people than the alleged environmental disaster.

Irony and schadenfreude…I love ‘em both. 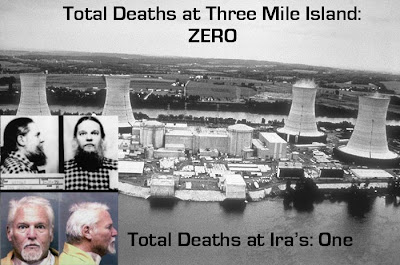 I LOVE that first pic.

Those bulbs that are SO earth-friendly also contain mercury, and we all know that those are going straight in the garbage when they do burn out.

God forbid you break one...

Ha! Green tampons! I should/could make a joke about tht, but it may nauseate the rest of your audience