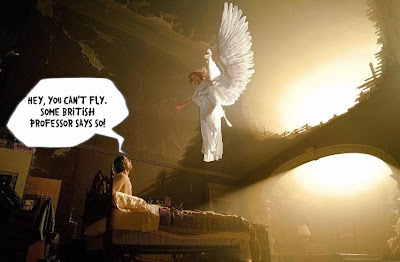 Y’know, I’m usually a big believer in science; always have been. I was never brought up religiously, and I have a fairly skeptical view of most religion as a whole. Even as a tot I was all about Darwin and dinosaurs and was the only kid in first grade who wanted to be a paleontologist when he grew up.

However, as of late, I have to call shenanigans on a lot of this science going about. All these so-called scientists and experts hoodwinking the world with their Global Warming and Climate Change voodoo is a prime example. And yet, people still keep handing them garbage bags full of money even after it’s been shown to be a hoax and a scam.

And now we have another guy with too much time on his hands and too much funding in his coffers telling us that, get this…are you ready for it? Sit down. Seriously……

I frikkin’ kid you not. If I had this guy on my university staff I’d have him sacked for wasting resources and making the school look foolish. I’d almost rather this buffoon be looking into mythical global warming than paintings of angels.

Cures for cancer. Cures for AIDS. Cures for this non-pandemic of Swine Flu. Heading off the dreaded H5N6 Platypus Flu before it begins. All of this has got to be better than whether or not mystical religious creatures could really fly or not.

And yet this leading biologist has compared the physiology of flighted species with the representations of angelic creatures in art, and claims the angels on top of your Christmas trees did not get there under their own wing-power.

Professor Roger Wotton, from University College London, found that flight would be impossible for angels portrayed with arms and bird-like feathered wings.

Even a cursory examination of the evidence in representational arts shows that angels and cherubs cannot take off and cannot use powered flight,” said Professor Wotton. “And even if they used gliding flight, they would need to be exposed to very high wind velocities at take off; such high winds that they would be blown away and have no need for wings.”

Angels, cherubs and putti (babies with wings) adorn some the world’s most famous religious paintings and architecture, hovering in the air to witness the deeds of God and men. They appear in paintings by Leonardo Da Vinci (The Annunciation), Michelangelo (Sistine Chapel) , and Raphael (The Triumph of Galatea); Donatello alone seems to be the only Ninja Turtle to have not painted them.

According to the accepted science, birds’ wings evolved from the forearms of their ancestors and over time their whole body shape was determined by the covering of feathers. The reduced density of the bird skeleton provided a light but strong frame. I always like to tell people that if you take the tail off a Struthiomimus skeleton, you get the skeleton of an ostrich. Hey…wait a minute…Struthiomimus is Greek for “ostrich mimic”. Imagine that?

But angels have normal-sized bodies and cherubs and putti are often given additional weight, portrayed as chubby babies with tiny wings. They also lack the powerful muscles which allow birds to beat their wings. They seem either pretty regular, or kinda plump. 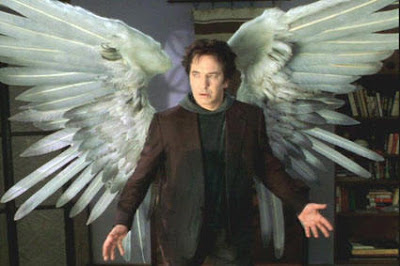 Fairies come under similar scrutiny in the paper - Angels, Putti, Dragons and Fairies: Believing the Impossible - published in UCL’s Opticon magazine. They are generally shown with insect wings, often those of damselfly or butterflies. Both insects have complex flight mechanisms with major muscles in the thorax, the chest region, which power the flapping of wings.

“The distortion of the thorax needed for flight in fairies with butterfly wings would be exceedingly uncomfortable,” said the academic. “For sure, fairies don’t fly.”

Well, shit. You’re telling me that imaginary creatures can’t do something? If they’re imaginary fictitious creatures, these fairies, then perhaps they CAN fly? They do whatever the imagination desires. 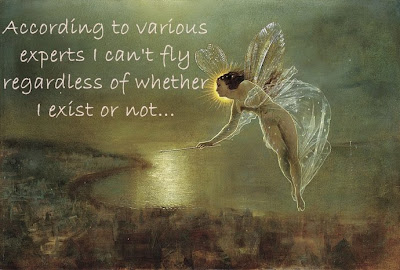 Angels have a special significance in the Judeo-Christian tradition and also play a role in Islam. Just don’t tell Muslim extremists that or they’ll declare a jihad against you for blasphemy against Islam by saying it has something in common with Christianity. Numerous passages in the King James Bible mention angels flying. In Isaiah 6: verses 2 and 6, Seraphim are described with six wings each. That’s an awful lot of wings. Dragonflies don’t even have that many, and they really can fly. 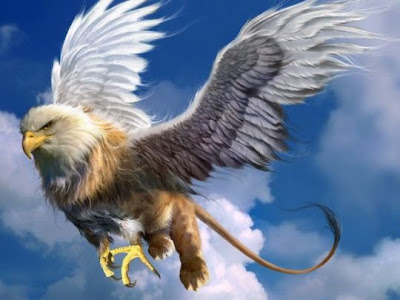 Holy crap. Next you'll shatter my tenuous grip on reality by telling me that maybe the mighty gryphon can't fly either?


Professor Wotton’s paper explores why the mythology is so strong.

“Looking at these things teaches us something about what we believe and what is concrete,” said Wotton. “Angels are very powerful religious icons for people with faith. Their similarity to humans adds to their power. At the same time, they have wings on them because they are more than human. They take messages to heaven and therefore have to fly.

“Fairies of popular imagination are thought to come from a pleasant underworld and commute between there and our world, so flying is a way of decreasing travel time.”

That, and it looks magical, there, doc. 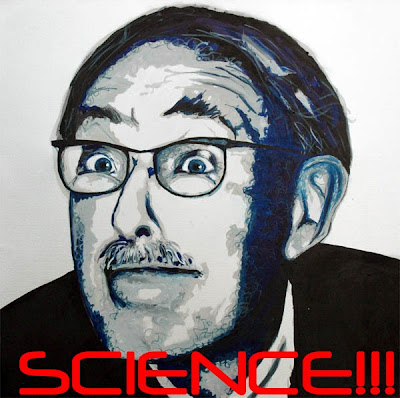 Hey, wait…in the film “City of Angels”, none of the angels hanging out with Nicolas Cage had wings…maybe their messages get to Heaven via Blackberry Messenger? With the new Verizon "Heaven Plan" you get unlimited texts between you and your chosen deity. 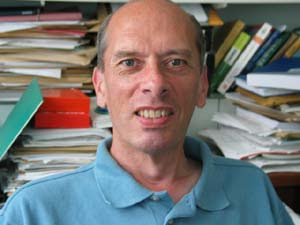 This man is using valuable educational resources for bullshittery.

If you’d rather write the head of the Genetics, Evolution, and Environment Department, that’d be J. Steve Jones, and his email is: j.s.jones@ucl.ac.uk

Instead of finding water on Mars or ice on the moon, try finding water in Somalia, or try finding food in Ethiopia, or ways to fix spinal cord injuries and traumatic brain injuries. Telling me that imaginary fae folk and religious icons can’t fly the way that barely literate people drew them 400 years ago is just wasting my time. Most of those same people thought the world was flat, too. 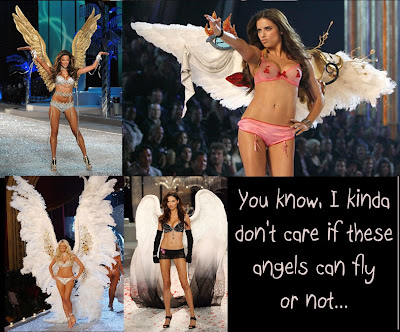 his research is faulty and incomplete as he doesn't even consider reindeer, or the magic dust santa uses to motivate them. some fucking professor this guy is.

From the desk of my friend Tommy:

You know, it was keeping me awake at night wondering if the creatures of my dreams and nightmares could actually fly or not, so I'm glad someone with more intellect was able to clear that up for me; now I can sleep thru my nightmares better knowing that the creatures of hell really can't fly after me.

Oh fuck me, wait a second, did he even research that theory? Is it possible that angels and fairies and pixies and the mighty gryphon can't fly, but demons still can?

Damn it give him more money for a follow up study!!!

hey I can fly..lmboooo SWEETEST HOLIDAYS to u my friend..big NY hugss!!! xoxoxox

The next study will tell us that vampires aren't all glittery in sunlight. This will cause a great panic in the preteen girls all over the world!