People who made me shake my head this year 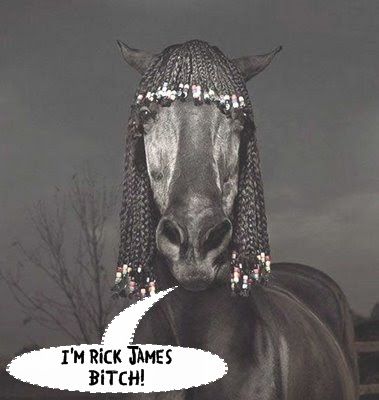 It’s time to take a look at the famous people who had it rough this year. And yet, most of them are still having a better year than most of us working-class schmucks because even when they fall in shit they come up smelling like roses. Most make money from being failures almost as well as they make money from being successes. Some, however, do not.

Some of my picks for people who just made me shake my head this year include:

Kanye West, Serial Douchebag.
Dude, you’re just a grade-A, prime asshole.There are soooooo many reasons to dislike you that I’m actually at a loss for where to begin to catalog them. I’m surprised you haven’t tried to buy a Kanye Vagina Kit to have 32 babies at once so you could have da biggis birf of aww time. PS—your rhymes suck. 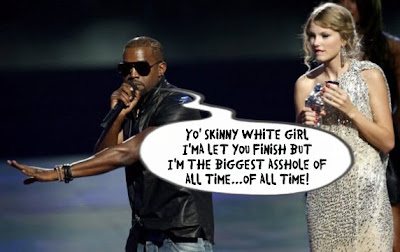 David Letterman, Serial Smug Liberal Hypocrite
I swear, Dave, it was so refreshing to see you eat a cold, open-faced crow-and-shit sandwich after all those years of poking fun at celebrity adulterers, especially if they happened to be Conservatives. Regina should have taken your smug unfunny ass to the cleaners… 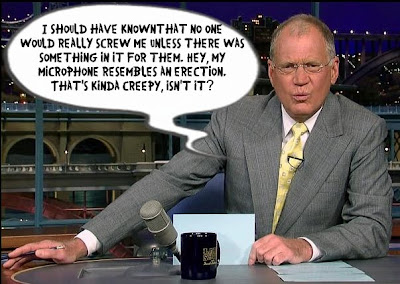 Charlie Sheen, Serial Creep
Face it, Chuckles. You’re an idiot with an awful lot of problems. That’s what’s so funny about Michael Jordan driving away from you in the undies commercials; no one wants to sit next to you for fear of catching your idiocy. You keep marrying hot chicks and then either beat them up while drunk & stoned or you go whoring around, literally, with literal whores. Heidi Fleiss had you on speed dial. You spent Christmas in jail on a domestic, you moron. You’re either our next celebrity faux reality rehab show or our next celebrity suicide. 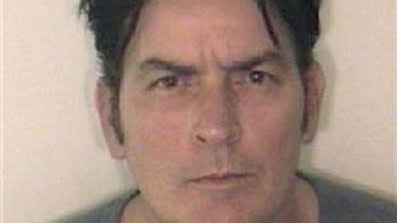 Lindsay Lohan, Serial Freakshow
You used to be hot. Smokin’ hot. Then you imploded, went anorexic, dyed your hair, got wasted on everything from booze to lighter fluid, thought you were a lesbian, made a few really bad movies, and now you look like a crack whore with a collagen fixation. Word to the wise, kiddo; Brittany Murphy was skinny like you and had just had her lips plumped too. For your sake I hope your night-stand pill bottle collection doesn’t look like hers. 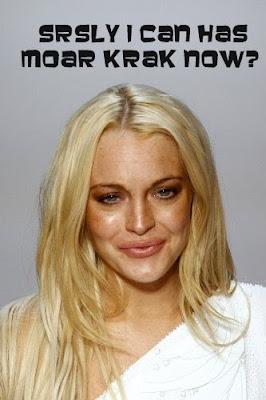 Steve McNair, Dishonorable Mention for Serial Sports Adulterer
While I feel terricle for his wife and kids, because they didn’t even know his proclivities, I refuse to feel bad for Steve McNair himself. You lie down with dogs, you end up with fleas. You lead a secret double life with crazy underage bitches who find out that you have other women besides her, you get shot. 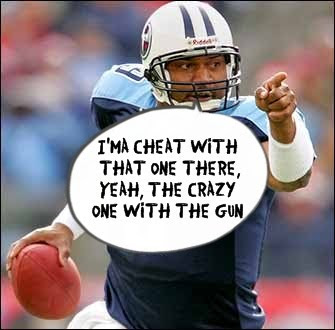 Eldrick Tont “Tiger” Woods, Serial Sports Adulterer
Tiger, Tiger, Tiger…you dummy. You had it all. A cushy “job” where all you had to do was work maybe twice a month in exotic, warm locales, where you smack a ball with a stick in dead silence and then leisurely walk after it while some guy carries your bag. You had endorsement deals out the wazoo. A yacht. A fat house. A trophy wife supermodel from Scandinavia. 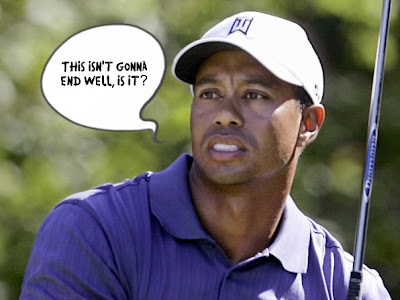 And you had to go and piss it all away by ho-in’ around with Waffle House chicks, getting laid in church parking lots? Hundreds of millions of dollars and you couldn’t afford a second prepaid cell phone for ho’s to call you on? I have approximately zero sympathy for you. None, whatsoever. Putz. Enjoy paying alimony & child support with no sponsors, Eldrick. Companies are dropping you like your name was really Osama bin Hitler. 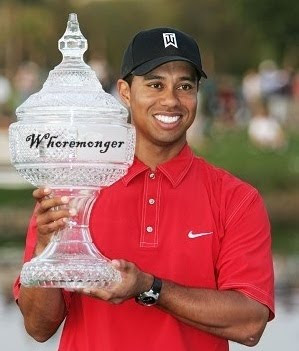 And then there’s this bonehead… 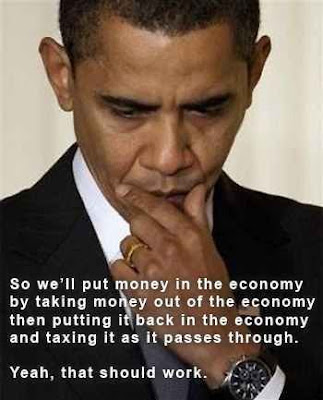 Somewhere in Illinois, or Hawaii, or Indonesia, or Kenya…a village is missing its idiot.

perfect. only people i would add is most of congress and the MSM for the way they fall all over themselves to do abe the II bidding. love the mcnair pic.