They Let Gay People Be Mayor? 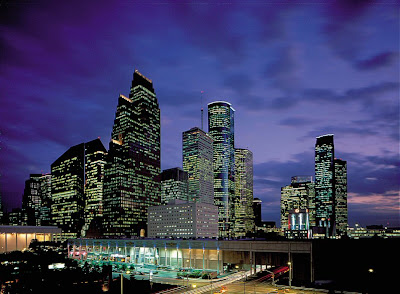 Voters are deciding Saturday whether Houston will become the largest U.S. city to elect an openly gay mayor.

Parker is a lesbian who has never made a secret or an issue of her sexual orientation.

But in recent weeks, anti-gay activists and conservative religious groups have endorsed the 61-year-old Locke and sent out mailers condemning Parker's "homosexual behavior."

Meanwhile, gay and lesbian political organizations around the country have rallied to support the 53-year-old Parker.

My God, people. This is a non-story. Why should any of us really, truly, give a milli-shit about whether a candidate is gay? It's irrelevant.

Can they bring jobs? Can they lower crime rates? Can they keep taxes low?

As long as the she doesn't push her beliefs on others and is qualified for the job of mayor, I don't see what the problem is.

The only legitimate fear that these Christian groups may have is that once elected mayor she may use her influence to promote a gay agenda.

Yeah, I agree, there needs to be no hidden agendas or proselytizing to promote things that were not up-front talked about in the election process unless some major thing pops up unforeseen. And no flip-flopping without compelling reasons why.

I'm so sick to death of politicians who promise you the moon & stars & deliver dogshit, politicians who say one thing & mean 3 others and change their afilliations & allegiances out of convenience or for personal gain.

Identity politics: The same shit that got us Obama and the disaster we're in.

I'll take a gay Conservative over a straight Liberal any day.

Yep. Here's some integrity for ya.
Enjoy, and Long Live the Republic.

It's all about "them" getting rights and making "peace" with "us", the vast right-wing conspiracy. Please.

Good article, Donald. I agree in that folks out there are making far too much of her being a lesbian than whether or not she can really do a good job as mayor, as if being gay was a criteria for leadership.

It's not; nor for that matter is being heterosexual. Leadership is leadership, regardless of orientation. So if the mayor-elect is already touting the gayness of the new administration as if that is the sole defining thing of her administration, that's an effing shame.

I've never given a shit about who anyone screws in the privacy of their bedroom ... it's who you screw in public that bothers me (meaning the taxpayer). Since I don't screw people in public (unless you're a moonbat and get all crazy on me at my site), I don't care about your "orientation."

I care about your politics; if who you screw affects your politics, like Kevin Jennings, then I'm going to make your life miserable. If you keep who you screw your business and represent the Constitution, then I have no quarrel with you ... since most of the straight people we elect don't even know we have a Constitution.

I think if you read the AP article linked by Donald, the real travesty here is the percentage of Houston voters who actually gave two shits enough to vote in this election. My guess is 80% of the Houston gay community and only about twice that number otherwise.

American elections have unfortunately become nothing more than terribly negative advertising campaigns and agenda-driven slogan-fests. Liberals do both better and are winning hand over fist in recent contests.

The 2010 elections will prove whether America has lost her soul, because the topics need to be real - economy and national security, period. All the rest is muckety-muck that should not matter.