An open letter to Donald Trump 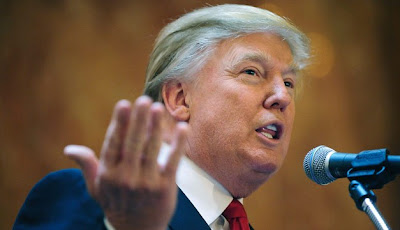 I’m referring to your stunt last week of claiming in releases that you were going to drop a huge bombshell that could change the elections. This instead turned out to be another publicity stunt to bring attention to yourself in the guise of offering five million dollars to be donated to a charity of President Obama’s choosing should he release college transcripts and other information. You further kept up this farcical chicanery by extending your offer another day because of Hurricane Sandy.

Sir, like you I oppose the current administration’s policies and will not be voting for President Obama next week, but to use the tragic disaster of this week’s devastating storms to grandstand is beyond the pale and simply embarrassing to fellow Conservatives and the United States as a whole.

I’m a simple working man. My wife and I get by on a combined income of less than $45,000 after taxes. We’re not in a position to do anything to help those who so desperately need it. You, however, are. You are a man of means and resources. Instead of offering up five million dollars for information you and I both know will not be forthcoming, ever, why don’t you give that five million to the people outside your window who actually need it?

You’re a native New Yorker, born in Queens. You reside in Manhattan. The Breezy Point neighborhood of your native borough was virtually obliterated and today looks like Hiroshima did in August of 1945. Over 110 homes there were destroyed in a single fire during the storm. I challenge you to rebuild it, sir. In my humble estimation, your five million dollars would be better served helping the people around you. Divided 110 ways, you could donate over $45,000 to each homeowner to help them rebuild. You could give each of them more than I bring home in a year.

That, Donald, is my challenge to you. Do the right thing. Do it for yourself because you can. Do it for me because I can’t. But most importantly, do it for them because they need it. 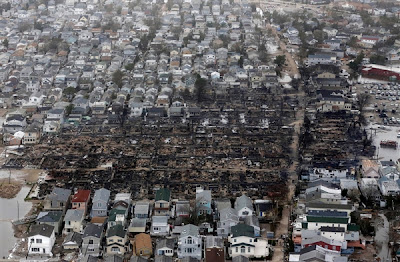 You've nailed it; Trump is a clown.

As Senator Joseph McCarthy's campaign against State Department and Justice Department officials continued...
President Harry Truman spoke against "scare mongers and hate mongers" who "are trying to create fear and suspicion among us by the use of slander, unproven accusations, and just plain lies."

looks like your letter worked, i heard that soon after you posted this trump donated 1 million dollars worth of water.