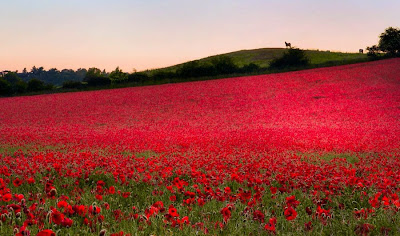 Today I salute my brave band of brothers, my fellow veterans. In most peoples' lives they can point to a time frame that shaped the rest of their lives, whether it be a few years as a Boy Scout or Girl Scout, or their years at college, or time spent on a sports team. In my case it was my 4 years in the Army that has forever shaped the guy I came to be (ostensibly) as an adult.

I am thankful for those I served with and to those I have befriended through the years, and grateful for the ones who paved the way before me and continued after me. I also salute their families, who sacrifice just as much as we service members do. I have been surrounded by veterans my entire life, from family members as a child through to today. I salute my fellows who have served in other nations' forces, protecting their own homelands.

Thank you all for enriching my life. I couldn't ask for a better band of brothers.

"I now know why men who have been to war year to reunite. Not to tell stories or look at old pictures. Not to laugh or weep. Comrades gather because they long to be with the men who once acted at their best; men who suffered and sacrificed, who were stripped of their humanity. I did not pick these men; they were delivered to me by fate and the military. But I know them in a way I know no other men. I have never given anyone such trust. They were willing to guard something more precious than my life. They would have carried my reputation, the memory of me. It was part of the bargain we all made, the reason we were so willing to die for one another. As long as I have memory I will think of them all, every day. I am sure that when I leave this world my last thought will be of my family and my comrades...such good men. "

Mike Norman, from his book "Such Good Men"

we were all so young. thanks for your service to our republic.

An excellent quote, Steve. I will use it at other times. And thank you and welcome home.