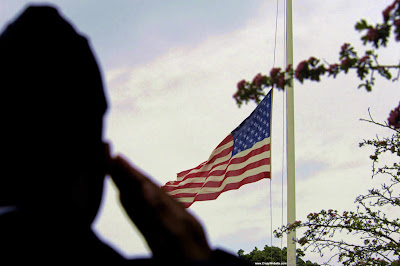 Hate to say but I have been sorely remiss as of late in marking the passing of American heroes, and since the maximum effective range of an excuse is zero feet, I best get to it.

On November 8th, we lost retired Lieutenant Colonel Herbert E. Carter, one of the original pilots among the Tuskegee Airmen. The last surviving Tuskegee Airman from the state of Mississippi and one of only four surviving pilots of the original group of 33 trainees at Tuskegee, LTC Carter passed away at the East Alabama Medical Center in Opelika at the age of 95. 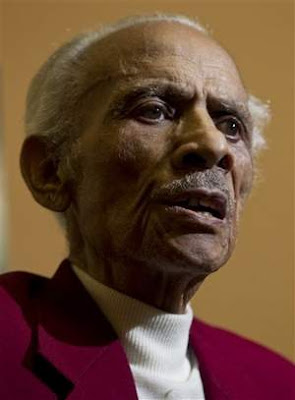 His accomplishments during service included 77 combat sorties with the 12th Tactical Air Force against German and Italian forces in North Africa, Sicily and Italy. 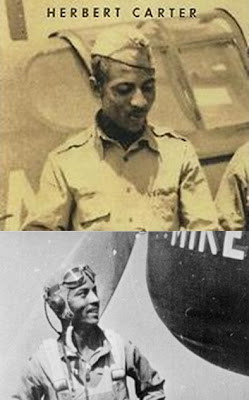 Carter retired from the U.S. Air Force in 1969 and was a well decorated pilot. He was honored in 2006 with France’s highest honor, “Chevalier of the Legion of Honor,” by French President Jacques Chirac and in 2007, was awarded the Congressional Gold Medal with other Tuskegee Airmen by President George W. Bush. After the war, Carter went on to become the Associate Dean for Student Services at Tuskegee University. He  was preceded in death by his wife, Mildred L. Hemmonds-Carter, who passed away last year. A fellow aviator, she was the first female to receive a pilots license in Alabama. They had been married an astonishing 70 years. 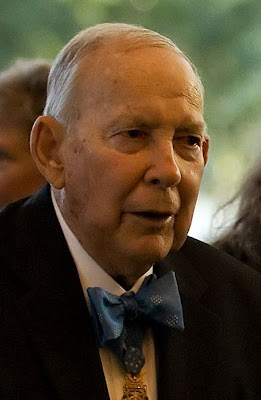 Also passing this past week was retired Colonel James Lamar Stone, aged 89, in Arlington, Texas.
A native of Pine Bluff, Arkansas, Stone studied chemistry and zoology at the University of Arkansas, where he was in the Reserve Officers Training Corps. He worked for General Electric before being called to active duty in 1948 and entered the Army at Houston, Texas .In 1951 he was a First Lieutenant in in the 8th Cavalry Regiment, part of the First Cavalry Division in Korea when his platoon came under intense attack by Chinese troops.

Stone’s 48-man platoon fought against a force of 800 enemy soldiers, and in the ensuing combat, sometimes hand-to-hand,  he was wounded 3 times. Realizing the defense was hopeless, Stone ordered those men who could still walk to leave and rejoin the rest of their company, while he stayed behind with the badly wounded to cover their retreat. Stone eventually lost consciousness and, just before dawn on November 22, he and the six remaining men of his platoon were captured by Chinese forces. The next day, advancing American troops found 545 enemy soldiers dead.

After regaining consciousness, Stone was interrogated by the Chinese before being sent to a prison camp on the Yalu River. After 22 months of captivity, he was released in a prisoner exchange on September 3, 1953. Upon his liberation, Stone learned that he was to receive the Medal of Honor for his actions during the battle.

A month later, on October 27, 1953, he was at the White House. President Dwight Eisenhower presented the medal to Stone and to six others. Then, looking around at the servicemen whose extraordinary exploits he had just discussed, Ike quipped to the audience, "I feel perfectly safe up here." 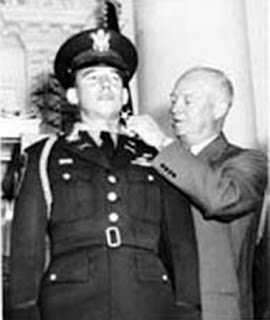 Stone's official Medal of Honor citation reads:
1st Lt. Stone distinguished himself by conspicuous gallantry and indomitable courage above and beyond the call of duty in action against the enemy. When his platoon, holding a vital outpost position, was attacked by overwhelming Chinese forces, 1st Lt. Stone stood erect and exposed to the terrific enemy fire calmly directed his men in the defense. A defensive flame-thrower failing to function, he personally moved to its location, further exposing himself, and personally repaired the weapon. Throughout a second attack, 1st Lt. Stone; though painfully wounded, personally carried the only remaining light machine gun from place to place in the position in order to bring fire upon the Chinese advancing from 2 directions. Throughout he continued to encourage and direct his depleted platoon in its hopeless defense. Although again wounded, he continued the fight with his carbine, still exposing himself as an example to his men. When this final overwhelming assault swept over the platoon's position his voice could still be heard faintly urging his men to carry on, until he lost consciousness. Only because of this officer's driving spirit and heroic action was the platoon emboldened to make its brave but hopeless last ditch stand.

Godspeed, gentlemen. Rest in peace with the thanks of a grateful nation. The world is an emptier place without you.
Posted by Steve: The Lightning Man at 11/15/2012 08:20:00 PM

stone epitomized the infantry motto...FOLLOW ME !!

God rest them both!