So, there's this guy, see? He's in Congress. He literally DISAPPEARS for weeks, misses votes in Congress & doesn't call, and is coincidentally under investigation for ethics violations and misuse of campaign funds....something about trying to PAY to take over Barry Sotero's seat in the senate when he magically became Emperor Obama......then re reappears, says he's mentally ill but everything's cool now, re-elect me.....

AND THEY DID. Seriously. If ever there was a doubt that Chicago, and Illinois as a whole, is beyond hope of redemption, they actually reelected by a healthy margin a man who is pretty much batshit crazy and spent time in the loony bin and is under House investigation. Then again, Chicago Liberal Democrats are used to people being investigated for fraud, abuse, and ethics violations. It's like a sport there. And his dad, Jesse Senior, is a loser as well, so the turd didn't roll far from the honey wagon here either. I'm surprised the good reverend hasn't spouted racism yet , couched inside a goofy rhyme scheme. 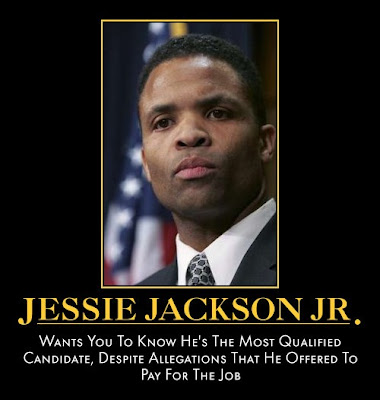 Well, on the day before Thanksgiving, Representative Jesse Jackson, Jr. (D-IL) sent his letter of resignation from Congress to House Speaker John "Bonehead" Boehner, citing his ongoing treatment for bipolar disorder and admitting "my share of mistakes" while confirming publicly for the first time that he's under a federal probe and cooperating with investigators. 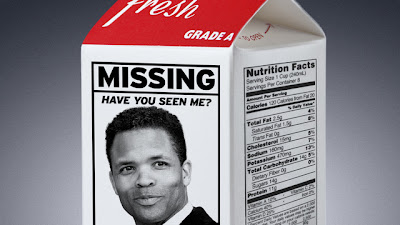 So I guess there will either be someone appointed by the Governor to take his place, or a special election will be held to replace him. Doesn't make a difference either way; he'll just be replaced by another Left Wing Liberal Democrat to keep the Benefit and Entitlement Train rolling through his largely urban and Democrat district.

Chicago is famous for three things: organized crime, deep dish pizza, and corrupt politicians, and Jesse, Rahm, and Obama don't come with extra cheese....you figure out the rest.
Posted by Steve: The Lightning Man at 11/22/2012 08:17:00 AM

Bi-Polar...I thought he was gone to dry out and detox. Either way he is the poster child for Liberal Democrats. Useless as tits on a nun.

Perhaps he was troubled? He speaks of medication to loosely. And you speak of mental illness as if that wasn't a license for welfare-managerial state credentials. Anyway, he is there because of his fathers fame.

Absolutely. He rode his daddy's coat tails and name recognition to get ahead in the already corrupt Chicago cesspit